The prison of Peter and Paul

One of my favorite places to visit in Rome is the seemingly little known Prison of Peter and Paul located near the Roman forum, the Manertinum Prison. 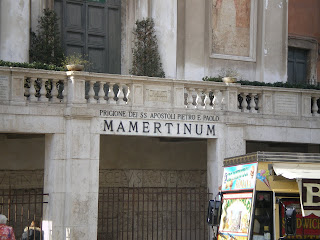 A very early tradition - though not the earliest - says that both Peter and Paul were imprisoned here while awaiting their trials. We cannot say with absolute certainty if this tradition is true, but we do know that this prison was used for high profile prisoners. Whether or not these two men constituted such prisoners in view of the Romans cannot be definitively said.
The prison today consists of two levels, both of which are very small and might somewhat comfortably house four people, though the two rooms are very dark and damp, hardly a pleasant place to spend a few days. 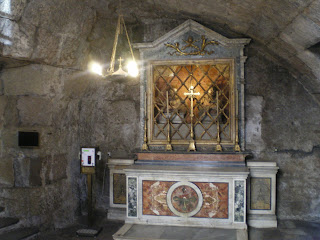 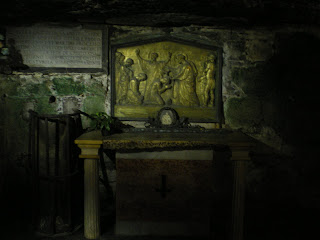 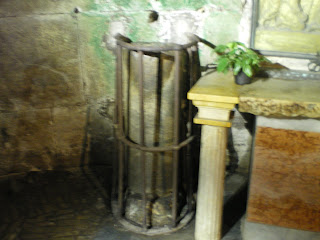 Email ThisBlogThis!Share to TwitterShare to FacebookShare to Pinterest
Labels: Peter and Paul, Rome