Last evening I joined the Judicial Vicar of the Diocese of Honolulu for dinner.  We went to Byron's Drive In in Honolulu so I could try both a shrimp burger and an opah burger.  Both were very good, but I still prefer mahi mahi to opah.

In Hawaii, a drive in is a dinner of sorts.  You drive in and leave your car.  You place your order at the window and wait.  When your food is ready you collect and can either eat it at the drive in on picnic tables or you can take it to your car and eat it elsewhere.

As we pulled in to the parking lot, I was particularly struck by the architecture of the building: 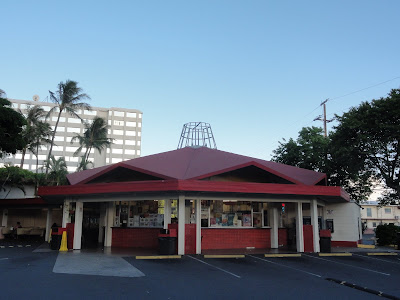 What struck me about the building is how very similar it looks to several churches we have in the Diocese of Springfield in Illinois, built within the past six decades or so.

Now I fear that when I visit one of these churches in the future I'll have a craving for a shrimp burger or a plate lunch. 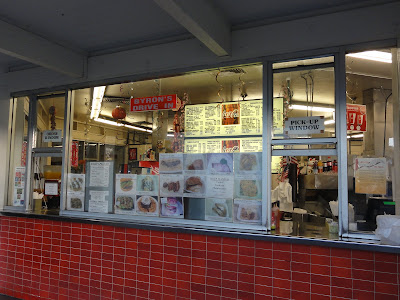