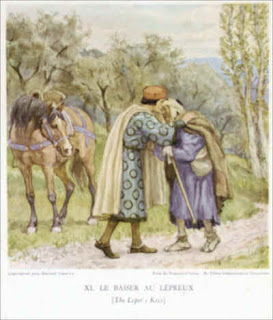 Be sure to keep checking back for the latest on the Holy Father's upcoming pilgrimage to the tomb of Saint Francis of Assisi. I will find a way to keep this post at the top of the blog.

The official Vatican site for the Pastoral Visit to Assisi is up.

Agencia Fides: Benedict XVI in Assisi: Announce with St. Francis the simplicity of the Gospel in a complex world (6/15)

Asia News: Francis' conversion, a gesture of love for God, source of dialogue (6/17)

Asia News: Pope to youth: be, like Francis, in love with Christ and history's protagonists (6/18)

Chiesa: Why Saint Francis "Is A True Master" for Today's Christians (6/20)

Papa Ratzinger Forum: Photos and texts of the messages (6/17)

VIS: Message to the General Chapter of Friars Minor Conventual (6/17)

VIS: Francis, Enamoured of Christ and an Architect of Peace (6/17)

Zenit: Spirit of Assisi is Not Syncretism, Pope Affirms (6/18)

Links to various places in Assisi the Pontiff will visit:

The Basilica of Saint Francis of Assisi (official Italian site)

Resources on Saint Francis of Assisi

Blog by the Sea: Pope Benedict XVI in Assisi

Servant and Steward: My own observations

Shouts in the Piazza: A photo caption (I knew it would happen)

Whispers: At the Shrine of Peace, Pope Meets Poverello

You might remember the motu proprio by which Pope Benedict XVI placed the care of the Baslicas of St. Francis of Assisi and of St. Mary of the Angels under the control of the Diocesan Bishop.