Paprocki: Excommunication is a highly charged, feared, and misunderstood word

In his current column in the Catholic Times, His Excellency the Most Reverend Thomas John Paprocki, Bishop of Springfield in Illinois, takes a look at "one of the most highly-charged and feared words connected with the Catholic faith," and one often misunderstood: excommunication. 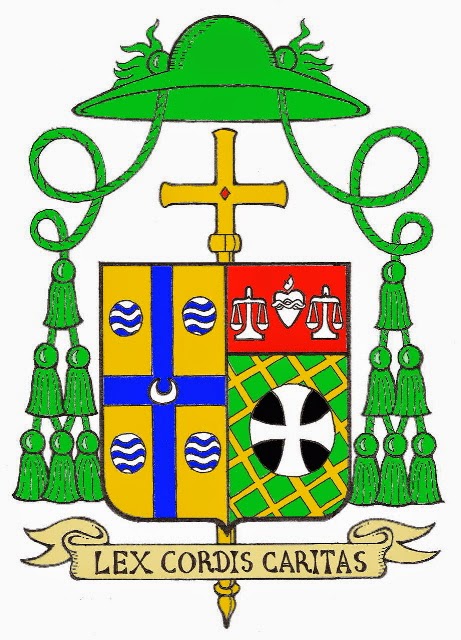 Excommunication is a type of sanction known as a censure, in contrast to expiatory penalties. Expiatory penalties punish the offender for a prescribed time or an indefinite time and seek to remedy the damage or injustice done to societal values by the offense and to deter others from engaging in similar wrongdoing. In contrast, censures are considered to be "medicinal penalties," which means that they seek to persuade the offender to cease the wrongful behavior and reintegrate the person into the life of the ecclesial community. As such, censures are lifted when the offender ceases from engaging in the wrongful behavior and makes suitable reparation for damages, if necessary.

Properly understood in this way as a medicinal penalty, excommunication certainly does not expel the person from the Catholic Church, but simply forbids the excommunicated person from engaging in certain activities in the life of the church until the offender reforms and ceases from the offense. Once this happens, the person is to be restored to the fullness of participation in the life of the church. Although the remission of the censure pertains to the competent authority to determine whether the person has actually ceased from the offense, in a sense the offender holds in his or her own hand the key to the release from the censure. If the wrongful behavior ceases and any necessary reparation or restitution is made, the excommunication will be lifted; if not, it continues.

Thus, some people may be excommunicated for only a short time. For others, the excommunication may never be lifted if they do not repent and change their ways [more].

"Seen in this way," he goes on to say, "a censure such as excommunication is not at all vindictive, but may be seen as a sort of 'tough love,' just as loving parents discipline their children to teach them the difference between right and wrong."
Posted by Rev. Daren J. Zehnle, J.C.L., K.C.H.S. at 11:08 AM

Email ThisBlogThis!Share to TwitterShare to FacebookShare to Pinterest
Labels: Excommunication