The Twenty-first Sunday of the Year (A)

To recognize Jesus as the Messiah is to acknowledge the truth of the words announced to Mary by the Archangel Gabriel:

He will be great and will be called Son of the Most High, and the Lord God will give him the throne of David his father, and he will rule over the house of Jacob forever, and of his kingdom there will be no end (Luke1:32-33).

Jesus’ kingdom, then, is the Kingdom of David, the Kingdom of Israel. Jesus gives “the keys to the kingdom of heaven” to Peter because Jesus acknowledges his divine Kingship and re-establishes the office, as it were, of the Master of the Palace (Matthew 16:18).

Centuries ago, the Lord said to Shebna, then Master of the Palace under King Hezekiah, “I will throw you down from your office” because he has become a “disgrace to [his] master’s house” (Isaiah 22:19, 18). He was not a worthy Master of the Palace, the highest official in the Kingdom of Israel after the King. Shebna served poorly in the capacity of what might be called a Regent, a Prime Minister, or a Vizier, as Joseph was in the land of Egypt; there was no one above the Master of the Palace but the King himself (cf. Genesis 41:40).

The Lord God pulled Shebna down from his office as Master of the Palace because he looked to the Pharaoh of Egypt for deliverance from Sennacherib, King of Assyria (cf. Isaiah 22:19). Shebna trusted in mere men and did not rely on the help of the Lord God; this was his disgrace. Taking from Shebna his robe, his sash, and his authority the Lord God entrusted them to Eliakim, making him the new Master of the Palace. The Lord further placed upon Eliakim “the key of the House of David” (Isaiah 22:22).

But what has this to do with Peter? Jesus himself told Pontius Pilate, “My kingdom does not belong to this world” (John18:36). Yet, he sent the Apostles in his name, telling them to announce, “The kingdom of God is at hand for you” (Luke 10:9). From his many disciples, Jesus “appointed twelve [whom he also named apostles],” a word which is akin to the word ambassador; even the very title he gave to those he chose to “be with him” indicates the establishing of a kingdom; one who is not a king has no need of ambassadors (Mark 3:14). It should be remembered that Jesus himself began his public ministry announcing, “Repent, for the kingdom of heaven is at hand” (Matthew 4:17). To be sure, the kingdom of Jesus is not an earthly, temporal kingdom, but an eternal kingdom, one without end, one not bound by time and place; his kingdom, his reign, extends beyond that of Israel to encompass the entire cosmos and all time.

The Lord first made his covenant with Israel to foreshadow the covenant he would make with all of humanity. In the fullness of time, the Son of God sealed “the new and eternal covenant” with the new Israel in his own blood. Through his appointment of the Twelve Apostles, Jesus makes clear that “the definitive time has arrived in which to constitute the new People of God, the people of the twelve tribes, which now becomes a universal people, his Church.”[1]  It is the Church, founded upon the rock of Peter, which is the new Israel.

We see, then, in this passage from Saint Matthew’s Gospel, that Jesus uses three symbols regarding his Church:

Peter will be the rocky foundation on which he will build the edifice of the Church; he will have the keys of the Kingdom of Heaven to open or close it to people as he sees fit; lastly, he will be able to bind or to loose, in the sense of establishing or prohibiting whatever he deems necessary for the life of the Church. It is always Christ’s Church, not Peter’s.[2]

Peter did not make the Church; he received it from Christ Jesus.  Peter did not create his faith; he received it from the Father.  Peter is not free to do with the Church whatever he wishes, but only the will of the Lord. Peter is, as it were, not the King but the Master of the Palace; he speaks not in his own name, but in the name of Jesus Christ.

Throughout the history of the Papacy, beginning with the first Pope, many have given their lives for Him whom they know to be “the Christ, the Son of the living God,” the keys to whose kingdom they have held (Matthew 16:16). Like their shepherds, many of the Lord’s flock have also given their lives for Jesus and for the Church he founded upon the rock of Saint Peter, including here in these Hawaiian islands where three Catholics shed their blood for the faith and where countless others were persecuted because of their adherence to the Catholic Church. 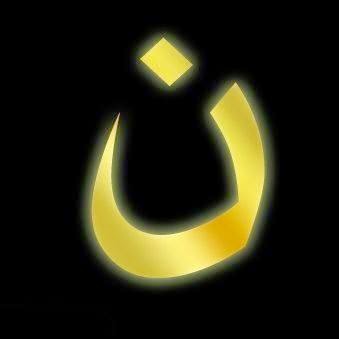 Even today, on the other side of the world, many Christians have given their lives for Jesus, for the Messiah whose kindness endures forever (cf. Psalm 138:8). Tens of thousands of Iraqi Christians - men, women, and children – have fled to the Kurdish region of Iraq from men who seek to kill them. More than a month ago, the Islamic State of Iraq and Syria (ISIS) marked their homes and businesses in Mosul with the Arabic letter nun, the equivalent of our ‘n’. The Islamic State destroyed many of their homes and now seek to take their lives simply because they are followers of Jesus the Christ.

ISIS used this letter to mark them as Nasrani, Christians in Arabic. Arabic names Christians in reference to the Nazarene, to Jesus of Nazareth, to whom they, like us, pledged their lives and obedience in holy Baptism. The Islamic State gave these Christians three choices: convert to Islam; pay a heavy annual tax and live with few rights and liberties, almost like slaves; or die by the sword. They chose instead a fourth option and fled for their lives. That was six weeks ago, when for the first time in more than 1,600 years, there were no Christians in Mosul.

The Iraqi Christians have lost their homes and business; their friends and neighbors have been beheaded, crucified, and hung in the streets; their sisters and daughters have been kidnapped, raped and forced into false marriages; their cemeteries, churches, and monasteries have been desecrated; they live in fear and many are now starving and without shelter as the world looks on, watching and doing little to help.

Yet, despite this tremendous persecution, they have remained faithful to the Lord Jesus and have refused to renounce their faith. Their clear witness to their faith poses two serious questions to each of us: Do I truly believe Jesus to be the Messiah? If so, What am I willing to give up in order to hold on to him?

Reflecting on the experience of his life, the author of the Lord of the Rings, J.R.R. Tolkien, once wrote:


I have suffered grievously in my life from stupid, tired, dimmed, and even bad priests; but I now know enough about myself to be aware that I should not leave the Church (which for me would mean leaving the allegiance of Our Lord) for any such reasons: I should leave because I did not believe, and should not believe any more, even if I had never met any one in orders who was not both wise and saintly. I should deny the Blessed Sacrament, that is: call Our Lord a fraud to His face.[3]

This the Iraqi Christians refuse to do. If faced with a similar situation, one of severe or even minimal persecution, what will our response be? Will we abandon Jesus and His Church, or will we abandon everything else to stay faithful to Him?

Jesus entrusted the keys to the kingdom of heaven to Peter and said to him, “…but I have prayed that your own faith may not fail; and once you have turned back, you must strengthen your brothers” (Luke 22:32). Through the intercession of Saint Peter, the Prince of the Apostles and the first Pope, may the Lord grant us – Iraqis and Christians all - the strength to persevere in faith, hope, and love, that at the end of our lives, we may all sing his praise together in the company of the angels (cf. Psalm 138:2). Amen.
[1] Pope Benedict XVI, Wednesday Audience, 15 March 2006.
[2] Ibid., 7 June 2006.
[3] J.R.R. Tolkien, Letter 250.
Posted by Rev. Daren J. Zehnle, J.C.L., K.C.H.S. at 4:39 PM