The Twentieth Sunday in Ordinary Time (A)

As you follow the trailhead towards Kilauea Iki, you cannot help but notice how lush is the forest surrounding the crater and, as you look down upon it, how barren is the crater itself. 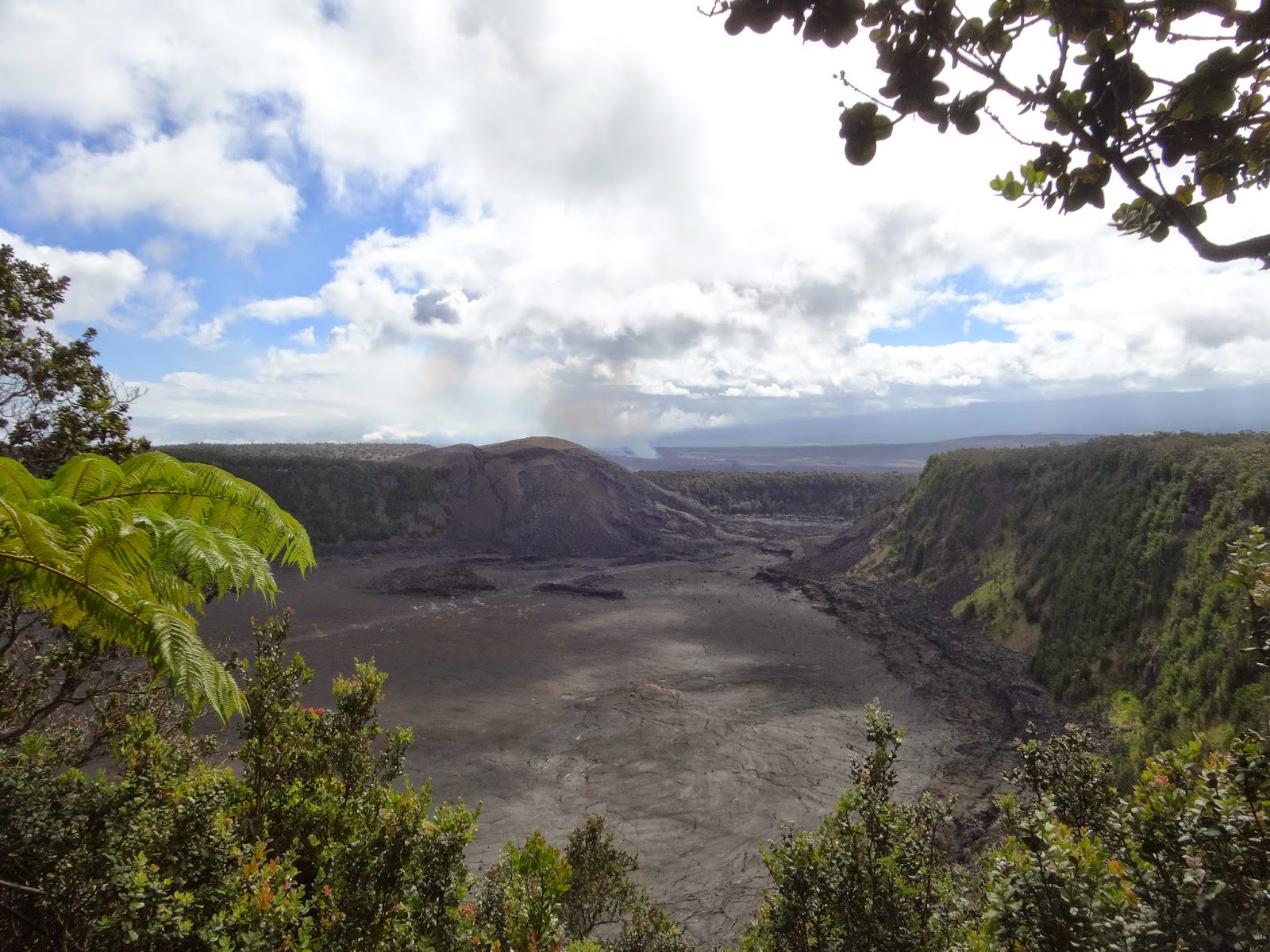 As you begin the descent into the crater – and especially once you have entered into it – there is an eerie stillness, almost as if the very earth somehow remembers the terrible devastation that once took place there. 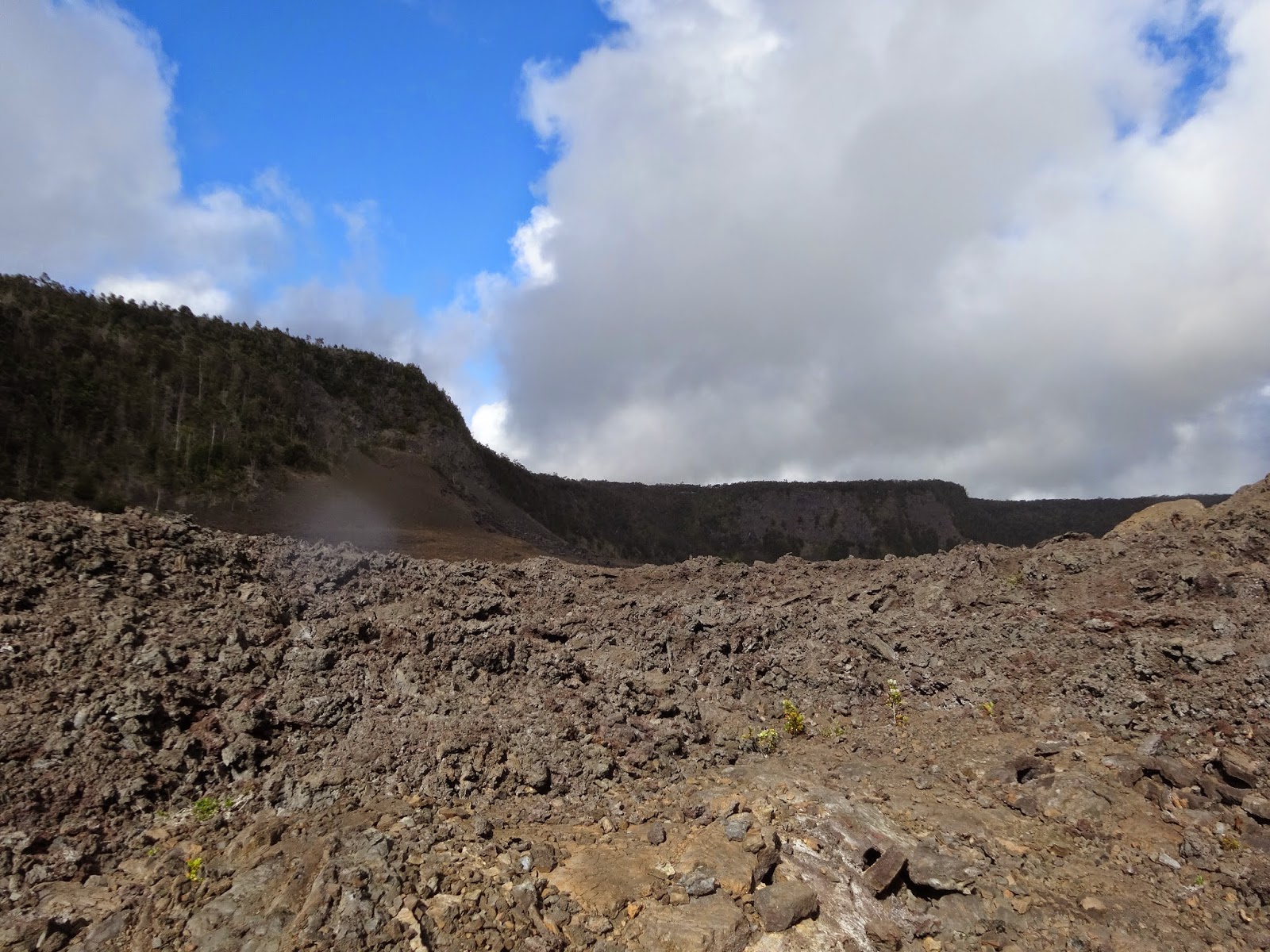 As you walk about within the crater, the horror of what took place is almost palpable. Even so, here and there, in various places, you see plants of different kinds making their way up through cracks in the hard lava. Some, of course, are larger than others, but all of them point to the truth of what J.R.R. Tolkien once said, that “where there’s life, there’s hope.”[1] 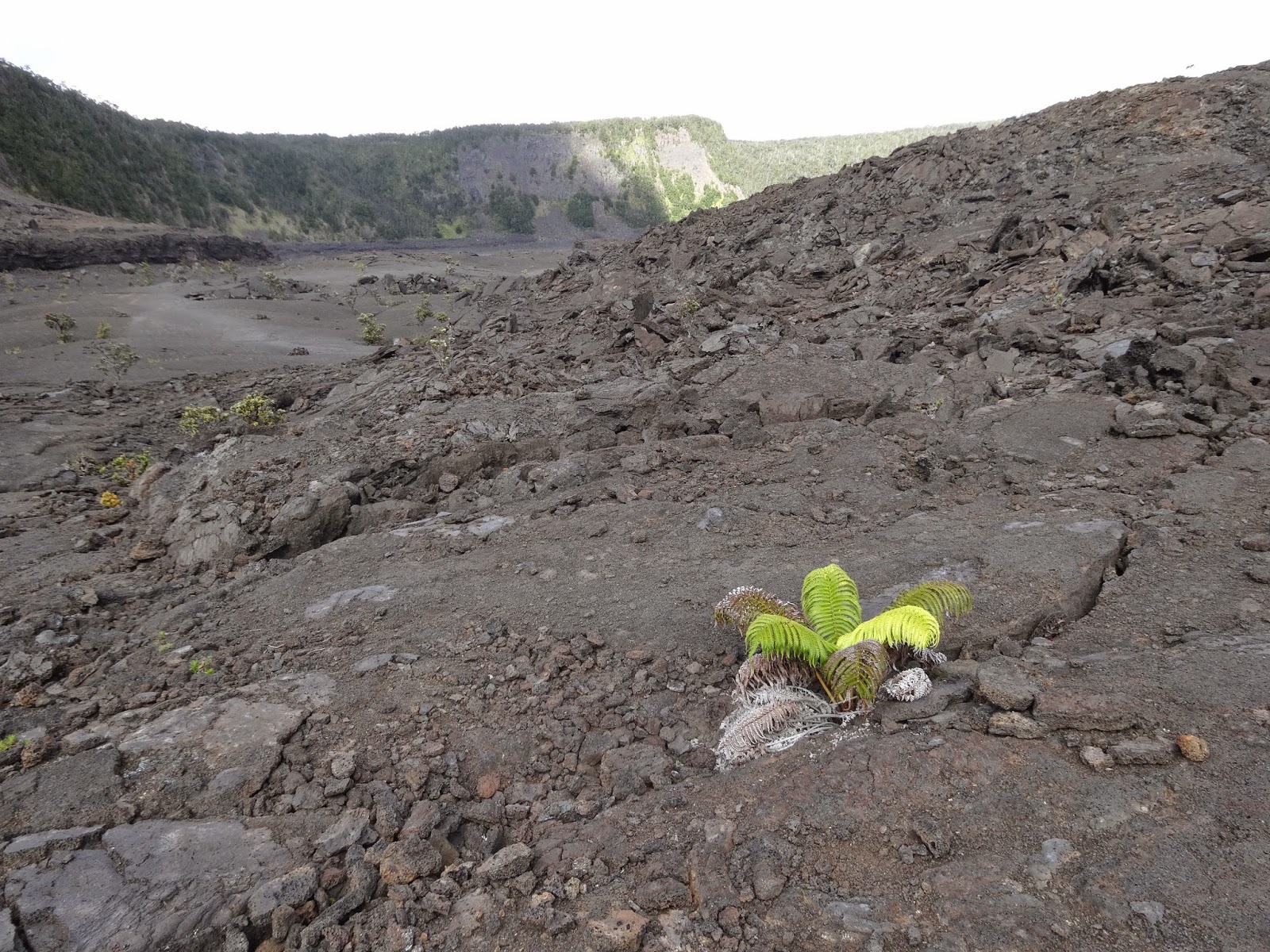 Standing within the barren vastness of the crater, you can look up and see that what was once desolate now teems with life of many kinds, from birds to flowers to forests. 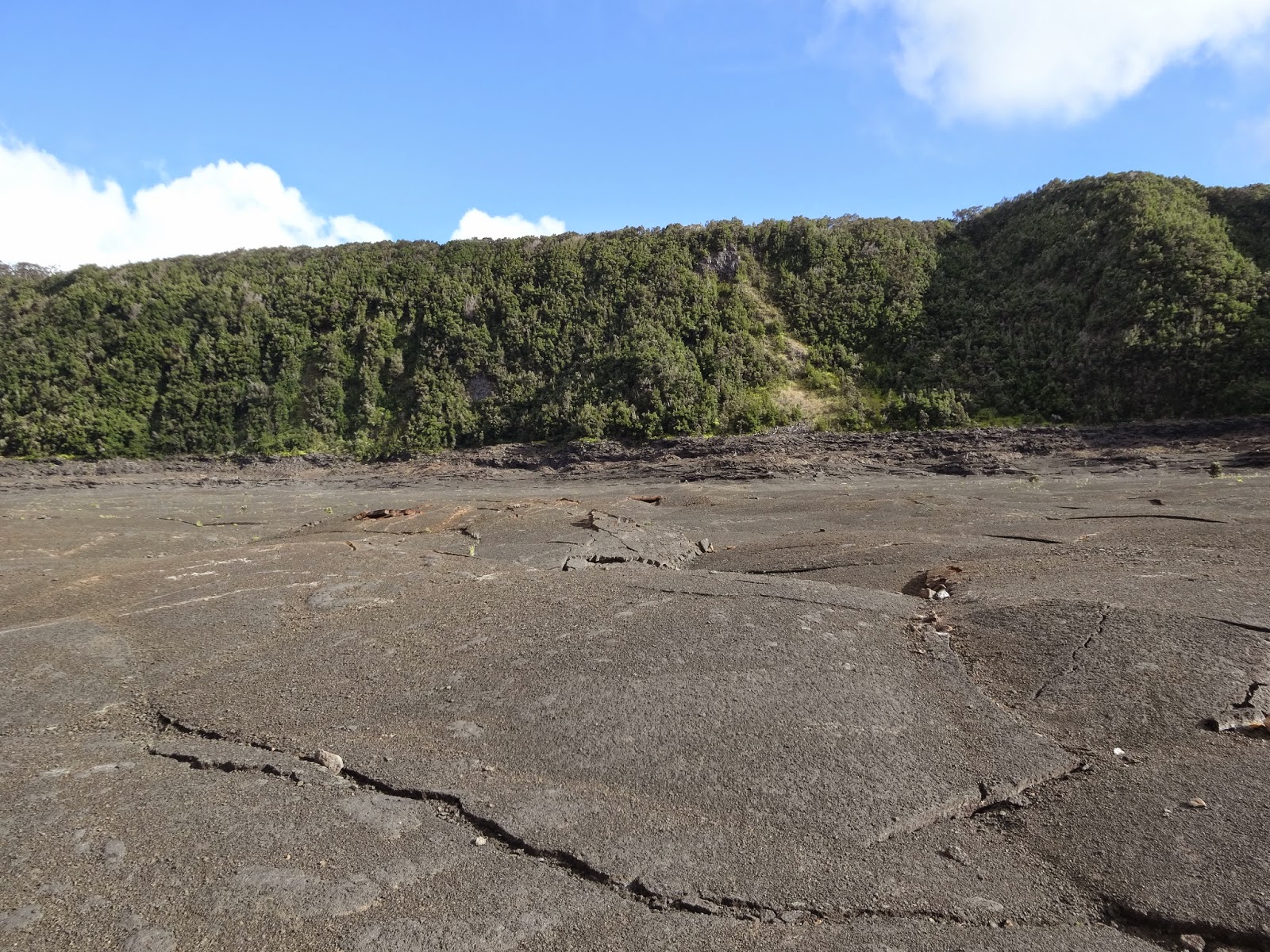 Death here has not had the final word; the light of the sun, the seemingly random dropping of seeds by birds, and the waters of many rains have worked their wonders and brought about life, life in abundance.

When I stood within that crater, I could not help but wonder if the Iraqi Christians do not feel as if they are presently in such a crater. They stand now in a very bleak land, having fled those who threaten their very lives.

Earlier this week, the Pontifical Council for Interreligious Dialogue issued a declaration in which it enumerated the devastation wrought upon our brothers and sisters by the Islamic State of Iraq and Syria as follows: 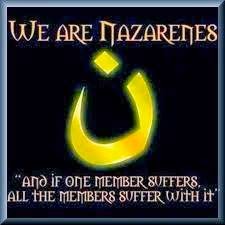 What we see happening now in Iraq is not new in the life of the Church. Throughout the ages, the Church has endured many persecutions, none of which completely achieved their desired effects. In his homily in Seoul, South Korea yesterday, where he is for the beatification of Blessed Paul Yun Gi-Chung and 123 of his Companions, Pope Francis summarized thepersecution of the Church in Korea throughout the 1800s, saying:

Soon after the first seeds of faith were planted in this land, the martyrs and the Christian community had to choose between following Jesus or the world. They had heard the Lord's warning that the world would hate them because of him (Jn 17:14); they knew the cost of discipleship. For many, this meant persecution, and later flight to the mountains, where they formed Catholic villages. They were willing to make great sacrifices and let themselves be stripped of whatever kept them from Christ – possessions and land, prestige and honor – for they knew that Christ alone was their true treasure.[3]

The Christians in Iraq now find themselves in the same situation; rather than renounce their faith in Christ, “loving the name of the Lord and becoming his servants,” they have left all behind to hold on to him who is the pearl of great price (Isaiah 56:6; cf. Matthew 13:46. If we were in their situation, what would be our response? Would we cling to the Pearl of Great Price, or would we toss him aside to keep our possessions and to save our skin?

This is the very question the Bishop of Rome we put before the Korean people, a question he would also ask of us:

So often we today can find our faith challenged by the world, and in countless ways we are asked to compromise our faith, to water down the radical demands of the Gospel and to conform to the spirit of this age. Yet the martyrs call out to us to put Christ first and to see all else in this world in relation to him and his eternal Kingdom. They challenge us to think about what, if anything, we ourselves would be willing to die for.[4]

Do the Christians of Iraq know what we would be willing to die for? Do they feel that we are one with them? Do we ourselves now feel one with them?

They have made their heroic choice and many have already died for Christ. From the crater in which they now stand, I wonder, do they look up to places teeming with life, to places where in the past the blood of the martyrs planted seeds that grew to become a bastion of faith? Do they recognize the similarities between their situation and that of the Koreans? Do they wonder why the light from the Son of God seems not to shine upon them? Do they wonder where the seeds of assistance and protection are, and where are the waters of our tears shed for them? Do they see that where there is life, there is hope? Do they see that, just as the forces of death did not have the final word at Kilauea Iki, neither they will they have the final word in Iraq?

Surely, with the very words of the Psalmist, the Iraqi Christians continually cry out to heaven, begging, “May God have pity on us and bless us; and may he let his face shine upon us” (Psalm67:2)! They have heard the Lord’s promise that “my salvation is about to come, my justice, about to be revealed” (Isaiah 56:1). Now they ask, “When, Lord? When?”

What does it mean to see the Lord’s face, to see the face of Jesus? To see his face is to look upon him as he now is, risen from the dead and triumphant in victory over death. To see his face is to look upon the face of Love, to look upon him who is both merciful and just. Within and upon his face, a face once beaten and spat upon, our persecuted brothers and sisters in Iraq – and all who suffer for the sake of his name – will find the satisfaction of every yearning of their hearts. In his face they will see their own faces; they will see their sufferings and also their glory that comes from being united so closely with him.

Through his Twitter account Saturday morning, Pope Francis urged everyone, saying, “Let us not forget the cry of Christians and all vulnerable populations in Iraq.” Following his lead, our Bishops have asked us to especially unite ourselves today with the Iraqi Christians and to raise with them one great cry to heaven: “Let us see your face!”

We must call out with the same humble and confident persistence on their behalf, “Lord, let us see your face!” As they suffer so greatly, let us take up our rosaries and prayer the Sorrowful Mysteries, let us contemplate the Five Holy Wounds of the Savior, let us make the Stations of the Cross, and let us pray the Chaplet of Divine Mercy, all for them, remembering that we, too, are N. The sufferings of Christ continue in his Body today, and we must do all that we can to sustain their hope and bind up his wounds.