The First Sunday of Lent (Year B)

We now find ourselves within this sacred season of Lent and – since it comes by each year and lasts for some forty days – we might be tempted to think, “Here we go again.” A few days ago, we let someone put ashes on our foreheads. Friday we did not eat meat. Today, we have come again to the altar of God. Has anything really changed in our thoughts or in our deeds? Has anything changed in us?

Sure, we may have given up chocolate or other sweets, wine or beer, pizza or snacks. Maybe we have chosen to exercise more or eat less, to throw a few extra dollars to this charity or that, or even to the read the Bible for a few minutes each day. But to what purpose? How many Lents have we seen already where, once ended, we remained much the same as before?

In his Message for Lent 2015, His Holiness Pope Francis sets before us the purpose of this holy season in clear – and perhaps jarring – words: 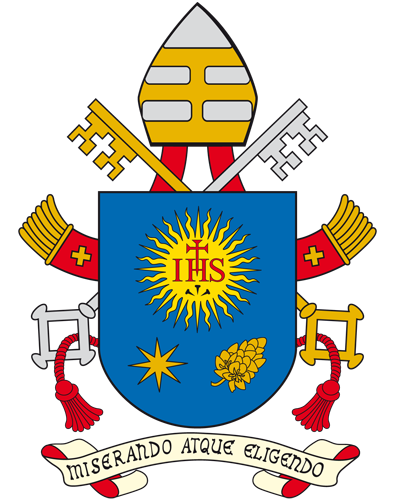 [God] is interested in each of us; his love does not allow him to be indifferent to what happens to us. Usually, when we are healthy and comfortable, we forget about others (something God the Father never does): we are unconcerned with their problems, their sufferings and the injustices they endure… Our heart grows cold. As long as I am relatively healthy and comfortable, I don’t think about those less well off. Today, this selfish attitude of indifference has taken on global proportions, to the extent that we can speak of a globalization of indifference. It is a problem which we, as Christians, need to confront.[1]

The purpose, then, of Lent this year is, by the Lord’s grace, to shake off our spirit of indifference, to allow the fire of God’s love to warm our cold or lukewarm hearts, so that our hearts may become ever more like his own. In a word, the goal of this Lent – and of every Lent – is to be more closely conformed to Jesus Christ, to be conformed to Him whose heart was pierced for us and remains open to us, so that when people look within our hearts they see his own (cf. John 19:34, 20:27).

As we ask the Holy Spirit, then, to enlighten us and show us the many forms of our indifference, we cannot help but turn our hearts towards so many of our brothers and sisters who are reviled and persecuted for the sake of righteousness and because of the name of Jesus Christ (cf. Matthew 5:10, 11). We think especially of the twenty-one Egyptian Copts kidnapped by the Islamic State between late December and early January in the Libyan city of Sirte.

In the time of their captivity, the Islamic State gave these Christians several opportunities to renounce their faith in Christ and to accept instead Islam. But these men refused to abandon the Lord Jesus because they knew him in truth to be the sole Redeemer of man; they knew that “there is salvation in no one else, for there is no other name under heaven given among men by which we must be saved” (Acts 4:12). Their adherence to Cruficied Love cost them their earthly lives, but they knew, as the Lord himself said, that “whoever would save his life will lose it, and whoever loses his life for my sake will find it” (Matthew 16:25). This is what faith looks like.

The jihadists beheaded these twenty-one faithful followers of Jesus last weekend on a beach outside of Tripoli, as we saw to our horror and disbelief.[2] Yes, they beheaded them with knives because their heads, as the Islamic State spokesman said, “had been carrying the cross delusion for a long time.”[3]

Of each of these twenty-one men of such steadfast and courageous faith, the Lord said,

Because he clings to me in love, I will deliver him; I will protect him because he knows my name. When he calls to me, I will answer him; I will be with him in trouble, I will rescue him and honor him (Psalm 91:14-16).

The Lord Jesus has indeed honored these men with a death like his own, so that he might lead them to God (cf. I Peter 3:18); because they suffered for the name of Jesus and persevered to the end, like those martyrs of old, their eternal redemption is assured.[4]

What is more, His Holiness Pope Tawadros II of the Coptic Orthodox Church, in public recognition of their heroic witness to Christ, will inscribe their names in the Coptic Synaxarium, an act akin to that of a canonization in the Catholic Church.[5]


How is it possible that these men could remain so secure in their faith, so certain of the love of Jesus Christ, whereas we grumble about not being able to eat meat on seven Fridays in a row as if this were some great burden to us? The answer can be found in the prayer we will make after we receive the Body and Blood of the Lord today:

Renewed now with heavenly bread, by which faith is nourished, nope increased, and charity strengthened, we pray, O Lord, that we may learn to hunger for Christ, the true and living Bread, and strive to live by every word which proceeds from your mouth.[6]

They made this prayer their own. And because they prayed it in sincerity of heart, because they allowed the grace of the Sacraments to transform their hearts and did not close themselves off to his grace, they found that in the face of death their hope grew in tribulation and their virtue was strengthened in temptation.[7]

Our heads, too, dear brothers and sisters, have also been carrying the cross for a long time. When our parents and godparents brought us to the church to receive the grace of Baptism, the priest or deacon said to us, “I claim you for Christ our Savior by the sign of his cross” as he traced it upon our foreheads. When we were sealed with the seven-fold gift of the Holy Spirit, the Bishop anointed our foreheads with the sacred chrism in the form of the Cross, as he said to us, “Receive the gift of the Holy Spirit.” And on Ash Wednesday the blessed ashes were placed on our foreheads in the sign of the Cross when the minister said to us, “Remember you are dust and to dust you shall return,” or, perhaps, “Turn away from sin and be faithful to the Gospel.” Each time the Cross was traced upon our foreheads we received a summons to a total adherence to Christ. Have we been faithful to this call?

The clear witness of these martyrs should cause us to reflect seriously on our commitment to Jesus Christ and his Church. Are we willing to lose our lives for his sake? For what have so easily and frequently abandoned the Lord? Have we allowed ourselves to enter into so intimate a relationship with Jesus that we desire to be conformed to him in all things, even in death, if need be? These are the questions we should bring before the Lord this Lent. This is, after all, the very purpose of this season, to move so close to Jesus that our hearts are set aflame with his love and that they burn brightly before others. Yes, if we allow him to do so, Jesus desires to burn away the coldness and the indifference of hearts so that we will know the fullness of love, joy, and mercy, to make our hearts like his own, and not to leave us as we are.

Beshir Kamel, the brother of the martyrs Bishoy Astafanus Kamel and Somaily Astafanus Kamel, called his brothers “a badge of honor to Christianity.” He also expressed gratitude to the Islamic State, saying, “ISIS gave us more than we asked when they didn’t edit out the part where they declared their faith and called upon Jesus Christ. ISIS helped us strengthen our faith.”[9] This is what faith looks like.

When the mother of the Beshir brothers was asked if she would like to say anything to a member of the Islamic State, Beshir said that “she would ask [him] to enter her house and ask God to open his eyes because he was the reason her son entered the kingdom of heaven.”[10] This is what faith looks like. What does my faith look like? What does your faith look like?

With so many examples of hearts made warm by the love of Jesus Christ, let us beg for the grace to draw ever closer to him so that our faith may also nourished; so that our hope may also increase; and so that our charity may also be strengthened. May the Lord who gave himself totally to us help us to give ourselves totally to him. Amen.
[1] Pope Francis, Message for Lent 2015.


[4] Cf. Roman Missal, Prayer Over the People for the First Sunday of Lent.


[6] Roman Missal, Prayer after Communion for the First Sunday of Lent.


[7] Cf. ibid., Prayer over the People for the First Sunday of Lent.