Can an infant receive baptism during the Lenten season?

Earlier today I received a question asking, "Is it a common or even legit thing to not do (infant) baptisms during Lent?"

It seems to have become rather commonplace in the last couple of decades for most parishes not to baptize babies during the season of Lent but to wait until the Easter season. Is this practice legitimate? 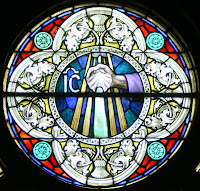 Let us first consult the Rite of Baptism for Children. There we find these guidelines that must be borne in mind when considering the time of the baptism of the newborn:

As for the time of baptism, the first consideration is [1] the welfare of the child, that it may not be deprived of the benefit of the sacrament; then [2] the health of the mother must be considered, so that, if at all possible, she too may be present. Then as long as they do not interfere with the greater good of the child, [3] there are pastoral considerations, such as allowing sufficient time to prepare the parents and to plan the actual celebration in order to bring out its character effectively (8).

First of all, then, we consider the health of the child. Is his life in danger, thereby requiring an immediate baptism? The Rite of Baptism for Children clearly states that “if the child is in danger of death, it is to be baptized without delay; this is permitted even when the parents are opposed and even when the infant is the child of non-Catholic parents” (8.1). This is a clear reminder that baptism is necessary for salvation (cf. John 3:5; cf. Catechism of the Catholic Church, 1257-1261).

If the child is not in danger of death we must next look to the health of the mother. Certainly it would be most preferable for the mother to be present at the baptism of her child, but this is, strictly speaking, not necessary, particularly in cases where the infant is in danger of death.

However, if the health of the mother suggests a later baptism, it is permissible to delay the baptism on the newborn - so long as the infant is healthy - until the mother's health improves sufficiently for her to attend the baptism. Presumably, this would be a matter of a few days or weeks rather than months.

The pastoral considerations can hardly be such as to take more than a few days to consider. Baptisms are done on a frequent enough basis that acquiring the necessary items (baptismal candle, white garment, etc.) should not take more than a few minutes, at most (unless they should need to be ordered, and then only a few days). Other factors to consider, such as music for a baptism outside of Mass, which, sadly seems rarely to be present, surely shouldn’t take more than a few hours. All in all, by the time an organist can be contacted and a cantor secured, surely not more than a day or two will have passed.

It might be argued that a parish only has a "Baptism class" only once a month or maybe even only quarterly. Even so, this is not a sufficient reason to delay the Baptism because the parents can be properly prepared outside of the formal class.

What, then, is to be done if the child is born quite healthy and the arrangements are made? How long must one wait? The answer is simple: “An infant should be baptized within the first few weeks after birth” (RBC, 8.3, emphasis mine). This requirement is also stated in the Code of Canon Law:


Parents are obliged to take care that infants are baptized in the first few weeks; as soon as possible after the birth or even before it, they are to go to the pastor to request the sacrament for their child and to be prepared properly for it (can. 867 § 1).

Just how many weeks constitute the “first weeks after birth” is not set forth in liturgical law, but the above considerations seem to imply a rather short amount of time.

Here we might well note that even though baptism is not to be delayed, if there is no “well-founded hope that the infant will be brought up in the Catholic religion, the baptism is to be delayed” and the parents “are to be informed of the reasons” (RBC, 8.3; cf. can. 868 § 1, 2º).

We might also note that the most appropriate time for the celebration of baptism - particularly the baptism of adults - is “during the Easter Vigil or on Sunday, when the Church commemorates the Lord’s resurrection” (RBC, 9). This is, most likely, the reason why so many parishes do not baptize infants during Lent. It is an attempt, probably a mostly unnoticed and unrealized one, to highlight the baptismal character of the season of Easter.

It is also more than likely an attempt to highlight the penitential character of Lent. I would suggest, however, that witnessing a baptism during Lent would do much to highlight the penitential character by recalling to those present the necessity of conversion and repentance in the Christian life demanded by virtue of our baptism. It should be remembered that the Lenten season “disposes … the faithful to celebrate the paschal mystery … through reminders of their own baptism and through penitential practices” (General Norms for the Liturgical Year and the Calendar, 27). What better reminder of baptism can there be than a baptism?

But even if Easter is the most appropriate time for baptism, there is nothing forbidding baptism during Lent in the liturgical books or in the Code of Canon Law. The canons specify that baptism "can be celebrated on any day," though "it is nevertheless recommended that it be celebrated ordinarily on Sunday or, if possible, at the Easter Vigil” (can. 856). There you have it, then: baptism may be celebrated on any day, even during Lent. However, “it is not fitting that Baptisms and Confirmation be celebrated” during Holy Week (Paschale Solemnitatis, 27). Even so, baptism is not strictly forbidden during Holy Week (because of a possible danger of death), though the proximity of these days to Holy Saturday would seem an obvious reason to withhold baptism until the Easter feast whenever possible.


Most parishes that do not allow baptisms during Lent also do not allow marriages during Lent. And, while there is nothing about such a practice in the liturgical books for baptism, there is something concerning Lent in the Rite of Marriage, though it does not absolutely forbid marriages during Lent. What we find is this: “When a marriage is celebrated during Advent or Lent or other days of penance, the parish priest should advise the couple to take into consideration the special nature of these times” (11).

This is a veiled way of saying no flowers and little music (unless it happens to be Gaudete or Laetare Sunday), and much simplicity; nothing too fancy. But even here there is nothing forbidding marriage during Lent.

Clergy who refuse to baptize children during the season of Lent should remember that "sacred ministers cannot deny the sacraments to those who seek them at appropriate times, are properly disposed, and are not prohibited from receiving them" (can. 843 § 1). What is more, these same ministers "have the duty to take care that those who seek the sacraments are prepared to receive them by proper evangelization and catechetical instruction, attentive to the norms issued by competent authority," the very norms discussed above (can. 843 § 2).
Posted by Rev. Daren J. Zehnle, J.C.L., K.C.H.S. at 12:14 PM