UPDATED (again): After at least 3 threats from the Islamic State, Rome to increase anti-terror activities

Now that the Islamic State has at least thrice threatened the city of Rome - first back in October 2014, again in November 2014, and more recently with the beheadings of the 21 Copts in Libya, just 200 nautical miles south of Italy - the Eternal City is preparing to step up its anti-terror operations in the principal tourism and political sites throughout the Italian capital:

Soldiers could be brought in this week to protect sensitive sites, including the Colosseum, Pantheon and Vatican Museums, Corriere della Sera said. Other monuments and museums, in addition to churches, may also be protected by the army.

The report also noted upped security outside embassies such as those of the US and Libya. A spokesperson for the Libyan embassy was unavailable to comment when contacted by The Local, while the US outpost said it would not discuss specific security measures.

“We regularly review our security stance in light of current events to ensure the safety of our American and locally employed staff,” the embassy said in a statement.

Italy’s defence and interior ministries were not immediately able to confirm the Corriere report, which comes after the government proposed 4,850 soldiers be brought onto the streets to protect citizens. The new anti-terrorism measures could also see increased jail terms for people who join extremist groups fighting abroad [more].

Frankly, on the one hand, I'm a little surprised such a move has not already been taken (only a little both because this is Italy and most governments still refuse to acknowledge the seriousness of the Islamic State), given the importance of Rome both in terms of culture and in the ideology of the Islamic State.

On the other hand, though, I'm very surprised such measures have not already been taken, especially given that two men were arrested in Rome in November 2014 who clearly seemed to be planning some sort of jihadist terror attack.

Following the jihadist attack on the offices of the Charlie Hebdo newspaper in France, I have noticed an increased presence of police and Carabinieri throughout the city, both on foot and in vehicles but it seems this may be purely coincidental because, as one report indicates:

Rome is reportedly still waiting for the extra 500 officers requested by the city's police chief Giuseppe Pecoraro in the wake of the Charlie Hebdo attack in France on 7 January, despite demands from the capital's mayor Ignazio Marino.

Rome's anti-terrorism taskforce is likely to call for reinforced security for the city's major monuments and churches, including the Colosseum, the Pantheon and the Vatican Museums. Security has also been stepped up at the city's main train station Termini, shopping centres and Metro stations [more].

It may be that the number of police and Carabinieri deployed throughout the city has not actually increased, but only that I have been noticing them more. This is possible, but I do not think it the reality. 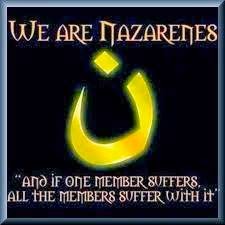 Please, as you remember the Christians suffering greatly under the dominance of the Islamic State - and those suffering under Boko Haram in Nigeria - please remember those of also now in Rome.

There is an increasing fear among some Italian politicians of an invasion by the Islamic State coming from Libya. These fears are not altogether unfounded:


Whether the time is right or not, there is no question that there is a palpable tension in Italy over the ISIS threat—Libya is just 109 miles away from the island of Lampedusa and 300 miles from Sicily—made worse by a 64 percent increase in illegal migrant arrivals by sea since last year.  In all of 2014, more than 170,000 people arrived from Libya and Turkey, the highest number ever recorded.   Last weekend, as the embassy staff made their way to Italy on a mercantile ship, 2,164 migrants left the same Libyan shores en route to Sicily.  The week before, more than 300 people were lost in the same seas as their rickety fishing boats capsized before rescuers could save them.

Anti-immigration politicians have argued for months that it would take little for jihadi fighters to infiltrate a migrant boat and effectively end up taxied into Italy by rescue ships and the Italian navy.  In a biting editorial in Il Giornale newspaper, owned by the Silvio Berlusconi family, Sergio Rame hypothesized that the recent influx was an attempt by terrorists to effectively “smoke out” the Italian navy into rescuing the migrants, in an attempt to lure the boats close to Libyan shores in order to launch an attack.  The Italian government, which supports the rescue of migrants fleeing war, dismissed the theory [more].

The Foreign Minister of Italy, Paolo Gentiloni, warned this morning of an "evident risk" that the Islamic State could merge with Libyan militias.

Given that the Libyan Dawn - the same group that captured the airport at Tripoli last August and has been recruiting in the U.K. since that same time, and carried out its first airstrike yesterday and has already pledged allegiance to the Islamic State, this isn't some far off speculation.
Posted by Rev. Daren J. Zehnle, J.C.L., K.C.H.S. at 6:29 AM

Email ThisBlogThis!Share to TwitterShare to FacebookShare to Pinterest
Labels: IS, ISIL, ISIS, Islamic State, Italy, Libya, Life in Rome, Rome, We Are N