On the Pilgrim Shell

The Equestrian Order of the Holy Sepulchre of Jerusalem, in which I have the honor to be a Knight, has four principle aims: 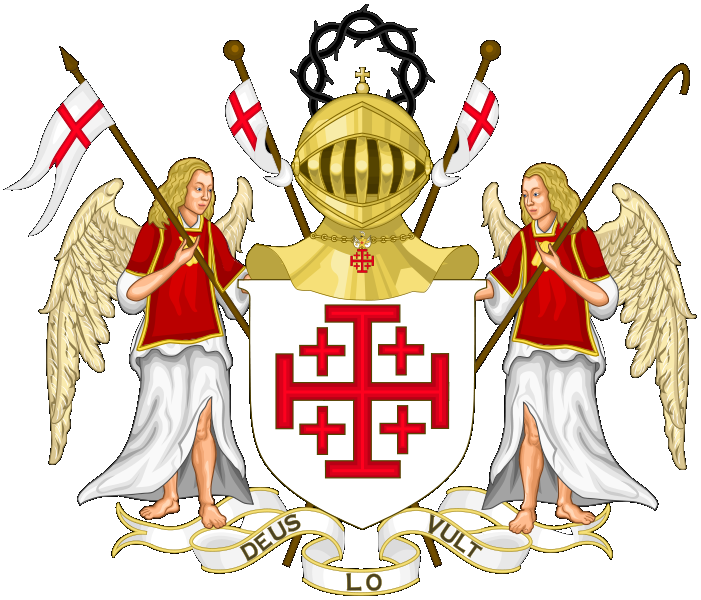 We seek to fulfill these aims through daily prayer for our brothers and sisters in the Holy Land (especially through the intercession of Our Lady of Palestine), through our annual dues to the Order and other charitable gifts, and through at least one pilgrimage to the Holy Land, which, as you know, I recently completed.

The members of the Order who have completed a pilgrimage to the Holy Land and who have prayed at the Holy Sepulchre of the Risen Lord receive the Pilgrim Shell, the most significant decoration awarded by the Order, often from the Latin Patriarch himself.

The shell has long been the symbol of a pilgrim, in no small part due to the important medieval pilgrimage destination of Santiago de Compostela: 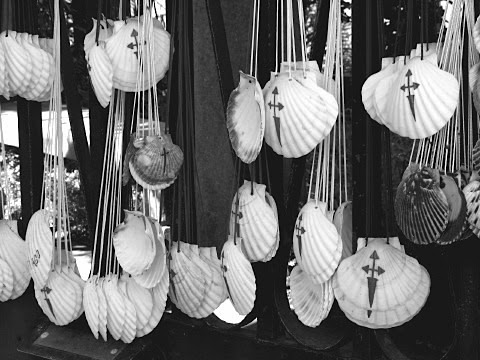 The identification of a seashell with a pilgrim is of ancient origin.  In the beginning, the shell was never awarded or conferred on the recipient as it is today.  Instead, it was a self-chosen decoration that the pilgrim proudly pinned on his own cloak, so that as he returned homeward, other pilgrims would know that the wearer had made it to the place of pilgrimage.


Legend has it that Saint James, the apostle, had been the apostle of the Iberian Peninsula and had first brought the Good News of salvation to the people of that part of the world.  He subsequently made his way back to Palestine to die and after death his body was returned to Spain to be buried in his own mission land in the city now called Santiago de Compostela, in honor of the apostle.  In the 9th Century, the place of his burial was rediscovered and gradually became a place of pilgrimage.

Before the first Crusade in the 11th Century, Christians were not allowed by the Seljuk Turks to visit the Holy Land and Jerusalem.  As a result, the faithful started to flow from all parts of Europe by different routes and streams, to pay homage to Our Lord at the spot where one of His apostles lay buried - Santiago de Compostela.  Each year thousands of pilgrims visited and prayed at the tomb of St. James.  Since Santiago de Compostela is so close to the sea, seashells were abundant and they became the badge of one who had traveled there.  As they started the long walk home, the shell on their garment was a symbol of encouragement to those whom they passed who were on their way to visit the Tomb of St. James.

As history changed, pilgrims once again started their arduous trips to Palestine and the land of Jesus, but the Sea Shell of Santiago de Compostela had become the sign of a successful pilgrimage, and out of faith and tradition it remained the badge of pilgrims [more].


I hope one day to make this pilgrimage, as well.

The Pilgrim Shell of the Equestrian Order of the Holy Sepulchre of Jersualem remains distinct from that earned by a pilgrimage to the tomb of Saint James, however, because it includes the Jerusalem Cross placed within the shell:

The Pilgrim Shell is worn on the cloak of a Knight or Lady at the center of the Jerusalem Cross on the left breast, or on the mozetta of a priest in the same location:

On 2 January 2015, my fellow pilgrims and I went to Latin Patriarchate to be received in audience by His Excellency the Most Reverend William Shomali, Auxiliary Bishop of Jerusalem. After speaking with us about the importance of the Equestrian Order of the Holy Sepulchre of Jerusalem and of the symbolism of the Pilgrim Shell, he awarded this decoration to me:

Email ThisBlogThis!Share to TwitterShare to FacebookShare to Pinterest
Labels: Equestrian Order of the Holy Sepulchre of Jerusalem, Holy Land Pilgrimage