A Curious Trio: Pompeii, the Visitation, and Saint Joseph

Before I left Rome to embark on my recent pilgrimage to the Holy Land, I first visited the city of Pompeii, both to see the ancient ruins of the city buried in volcanic ash and, more importantly, to ask the intercession of Blessed Bartolo Longo, whose relics are enshrined in the Basilica of Our Lady of the Holy Rosary (which he built). 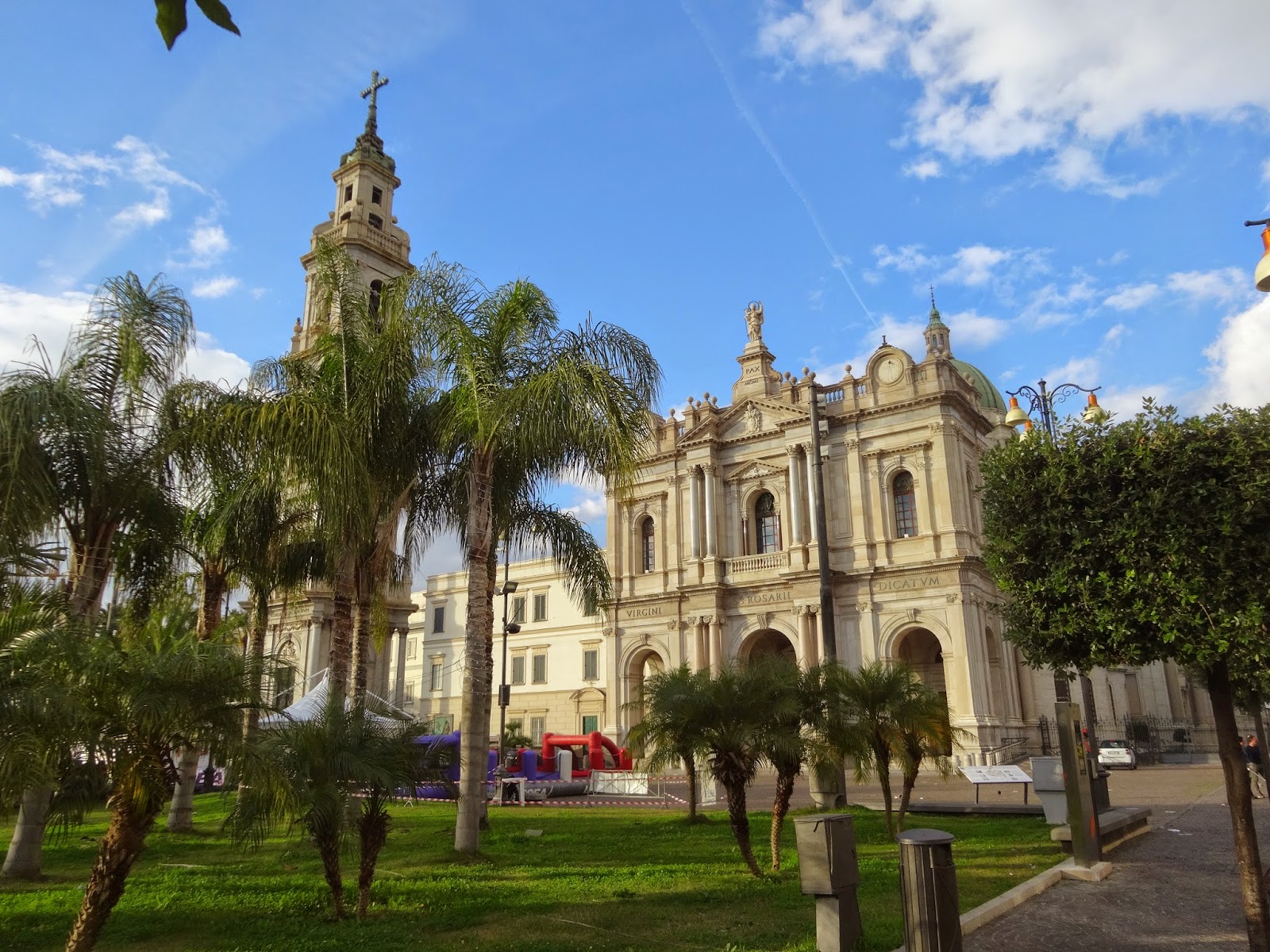 Before his conversion, Bartolo Longo was a Satanic priest. After his conversion, he became an exceptional laymen who was deeply devoted to the holy rosary and also a Knight Grand Cross of the Equestrian Order of the Holy Supulchre of Jerusalem. It was his membership in the Equestrian Order - which has, as its principle concern, the support of the Christians in the Holy Land - that led me to seek his intercession for my pilgrimage as a Knight of the same Order. 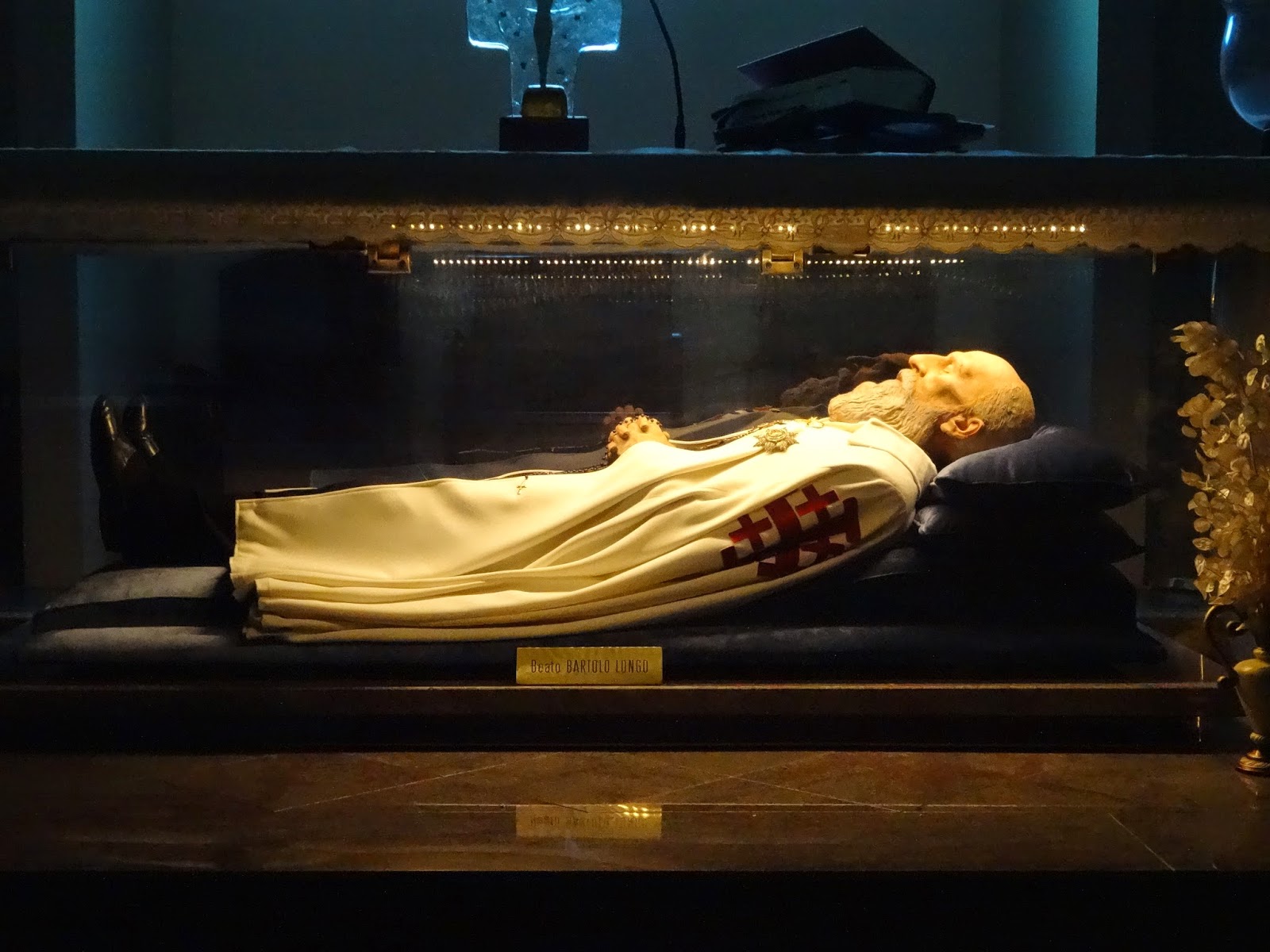 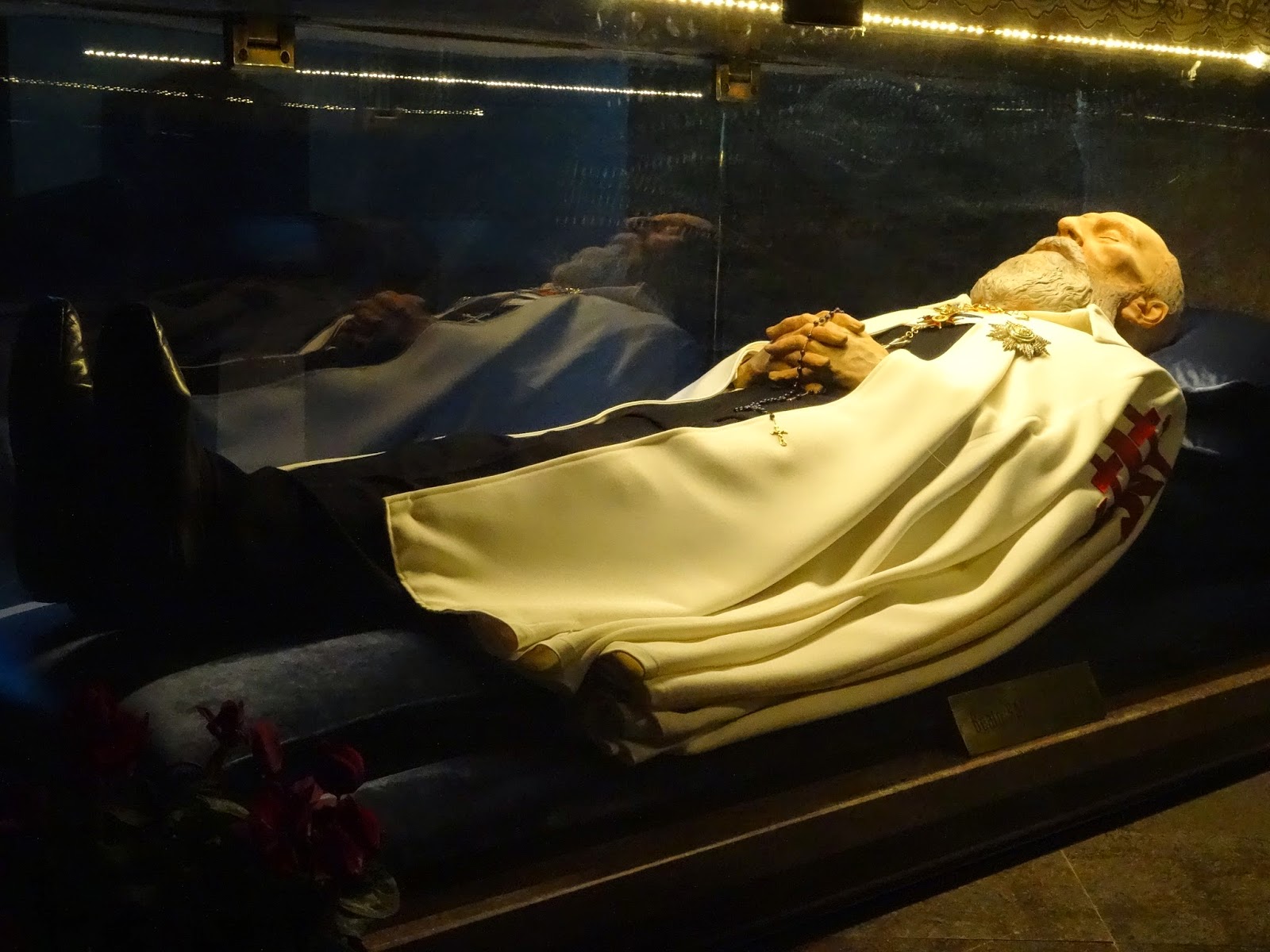 After praying at his tomb, the priest who accompanied me and I made our way back through the basilica where this depiction of the Visitation of Our Lady to Saint Elizabeth caught my attention:

What caught my eye and gave me cause to ponder what I saw was the inclusion of Saint Joseph in the Visitation (I only just now noticed Zechariah in the doorway).

As I thought about the inclusion of the adoptive father of the Lord, it suddenly occurred to me, "Of course Joseph wouldn't have let Mary go on her own! What kind of man would have sent Mary on her own?!

As I left the basilica, I knew the prayers of Blessed Bartolo would accompany me on my pilgrimage, but I had no idea how close Saint Joseph would be to me.

After we visited the homes of Mary and Joseph at Nazareth, I went away with a much deeper appreciation of their courage and faith, each in their own way, especially on the day we drove from Nazareth to Ein Karem, where Zechariah and Elizabeth:

Our journey on the bus from the Sea of Galilee through the hill country of Judah took two hours. Imagine walking that distance, or perhaps riding a donkey, while pregnant.

What Saint Luke calls the hill country of Judah we would call mountains (see Luke 1:39). It cannot have been an easy journey for her. Riding that distance in comfort brought home to me all the more clearly what I suddenly realized at Pompeii: Of course Joseph would have gone with her!

Joseph's accompanying of the Blessed Virgin to visit her kinswoman has been remembered in the Holy Land and his presence is not forgotten in the image on the front of the church built over the home of the parents of Saint John the Baptist. Why this took me so long to realize is simply beyond me.

Throughout the pilgrimage, and especially after visiting the Church of the Visitation, I knew I wouldn't to return with some sort of a reminder of Saint Joseph. I do, after all, bear his name. However, finding good images of him is not as easy as one might think, not even in the Holy Land, but on the day we stopped at a Christian store specializing in hand-carved olive wood, I found just the item: 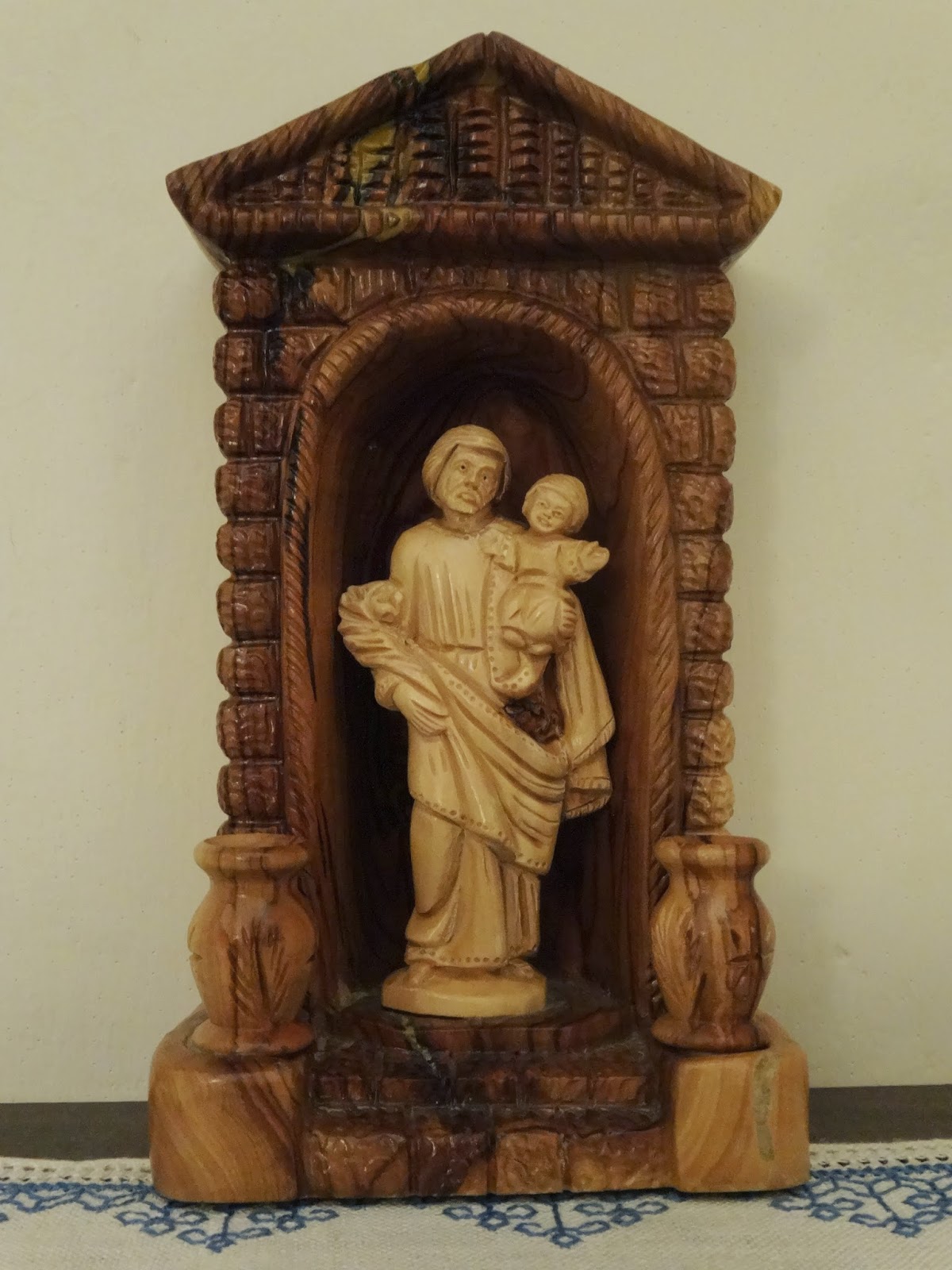 It is a small, 8" olive wood devotional shrine (that weighs more than you'd think) to Saint Joseph carved by local Christians. Unfortunately, the photo doesn't quite do it justice.
Posted by Rev. Daren J. Zehnle, J.C.L., K.C.H.S. at 3:46 PM