An early pilgrimage to the oldest icon of Our Lady

This morning, having a bit of a free day, I decided to make a trek across the Eternal City beyond the Basilica of St. Peter to ascend Monte Mario. It was a little pilgrimage to the Monastery of St. Mary of the Rosary to visit what may be the oldest icon in the world, the icon L'Avvocata, the Advocate to give thanks for the many graces given me throughout my pilgrimage to the Holy Land.

Paul Badde first introduced me to this remarkable image of the Mother of God last year, and since then the image has always close to my heart. 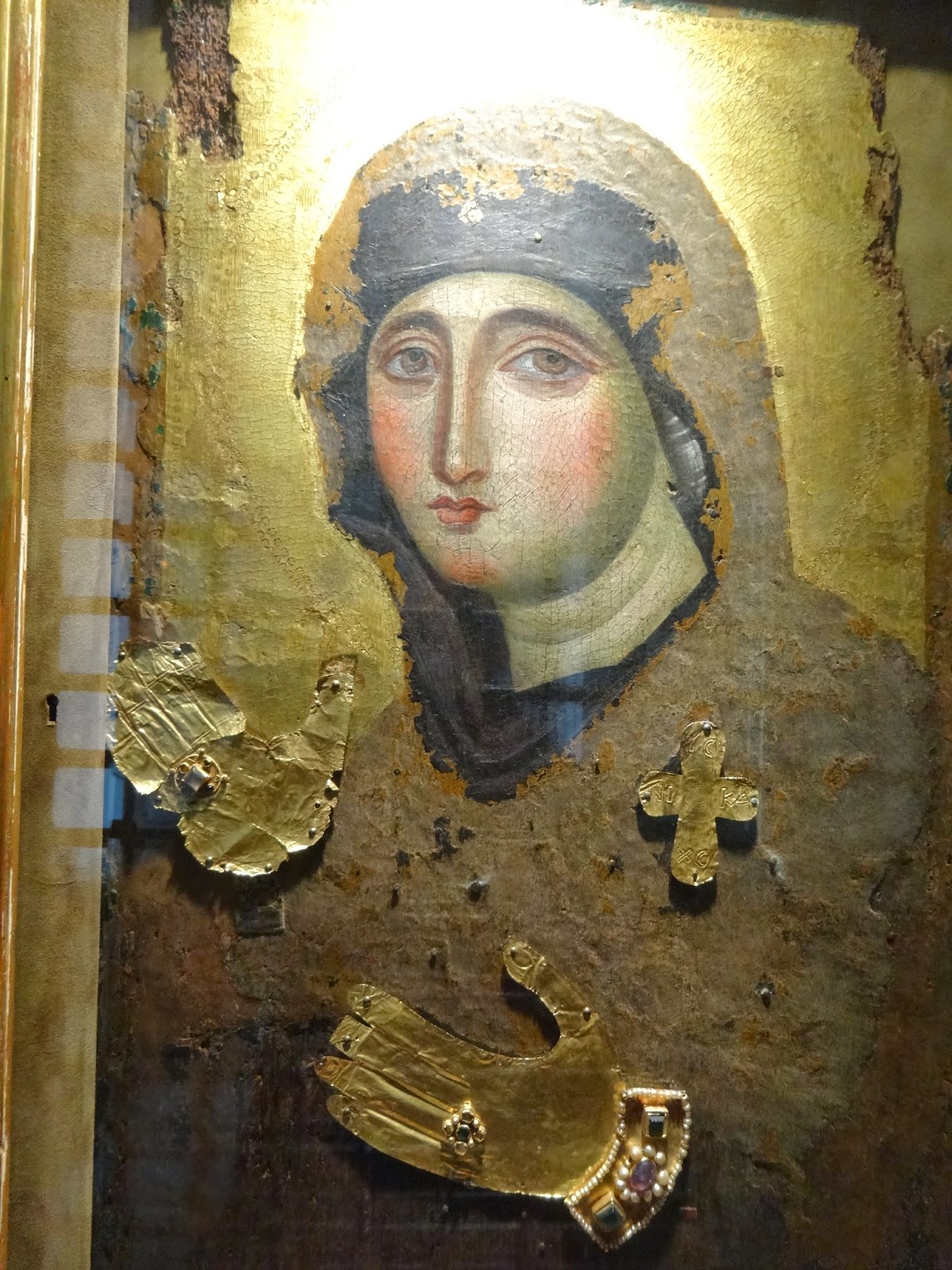 The icon comes, without doubt, from the first century, as is attested by carbon dating and the fact that the technique employed in the writing of the icon was only used in the first century and has now been lost to us.

An ancient legend associated with the icon says that the Apostles, gathered in the Upper Room after the Resurrection of the Lord, decided that Saint Luke should depict the Blessed Virgin Mary. It is said that when the Evangelist had traced the face of Our Lady that the image suddenly appeared in all its beauty, before Saint Luke even touched a color.

We know that the icon was taken to Constantinople and from there it was brought to Rome. It was first kept in the church of Santa Maria in Tempulo until Pope Sergius III (d. 911) transferred it to the Lateran Basilica to keep it with what was then called simply the Veronica (true image), what we know today as the Veil of Manoppello, but the icon someone made its way (the legend says miraculously) back to the church of Santa Maria.

In 1219, Pope Honorius III entrusted the icon to Saint Dominic, who entrusted it a community of Dominican nuns cloistered in the church of San Sisto on the Appian Way. In 1575 the nuns moved - with the icon - to the monastery of Saints Dominic and Sisto. Finally, in 1931 the nuns moved - again with the icon - to the monastery of Santa Maria del Rosario on Monte Mario, where they remain today and where the icon is greatly venerated.

Following her depiction in this icon, Our Lady has been called the Madonna of the Golden Hands (for obvious reasons) and also the Advocate. Her eyes are turned toward us, but her body is turned toward another. She holds her hands in a gesture of petition, bringing our needs before her Son.

Looking again upon this image this morning I could not help but notice how very Middle Eastern - Palestinian, even - she looks in this icon: 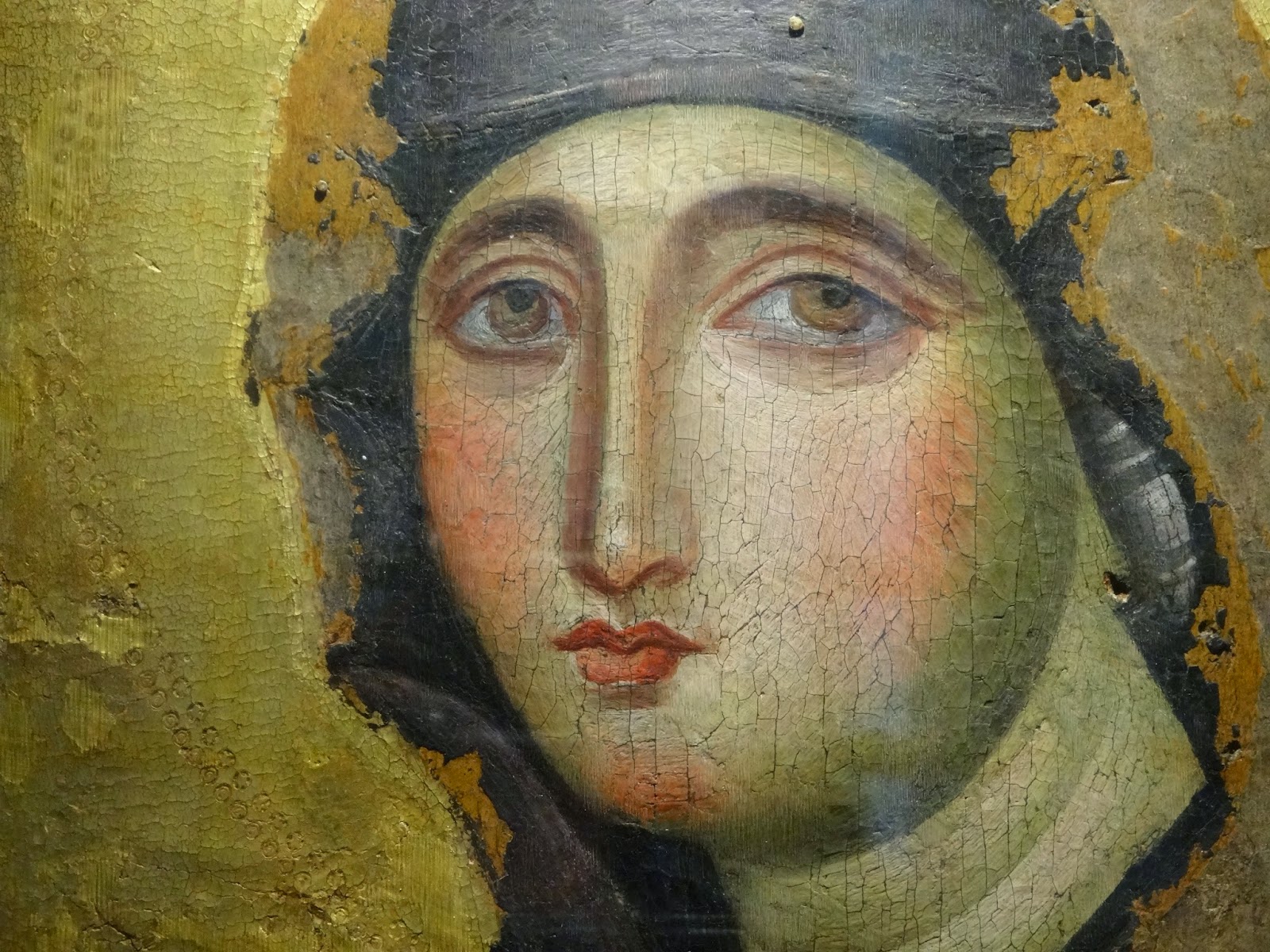 It was a very good way to begin the day.

After some thirty minutes in prayer, I made way back through the streets of Rome on what continued to be, even after 9:00 a.m., a very foggy morning. Though the fog had lifted from the streets by the time I made my way back to the Casa Santa Maria, it had not quite left the city altogether: 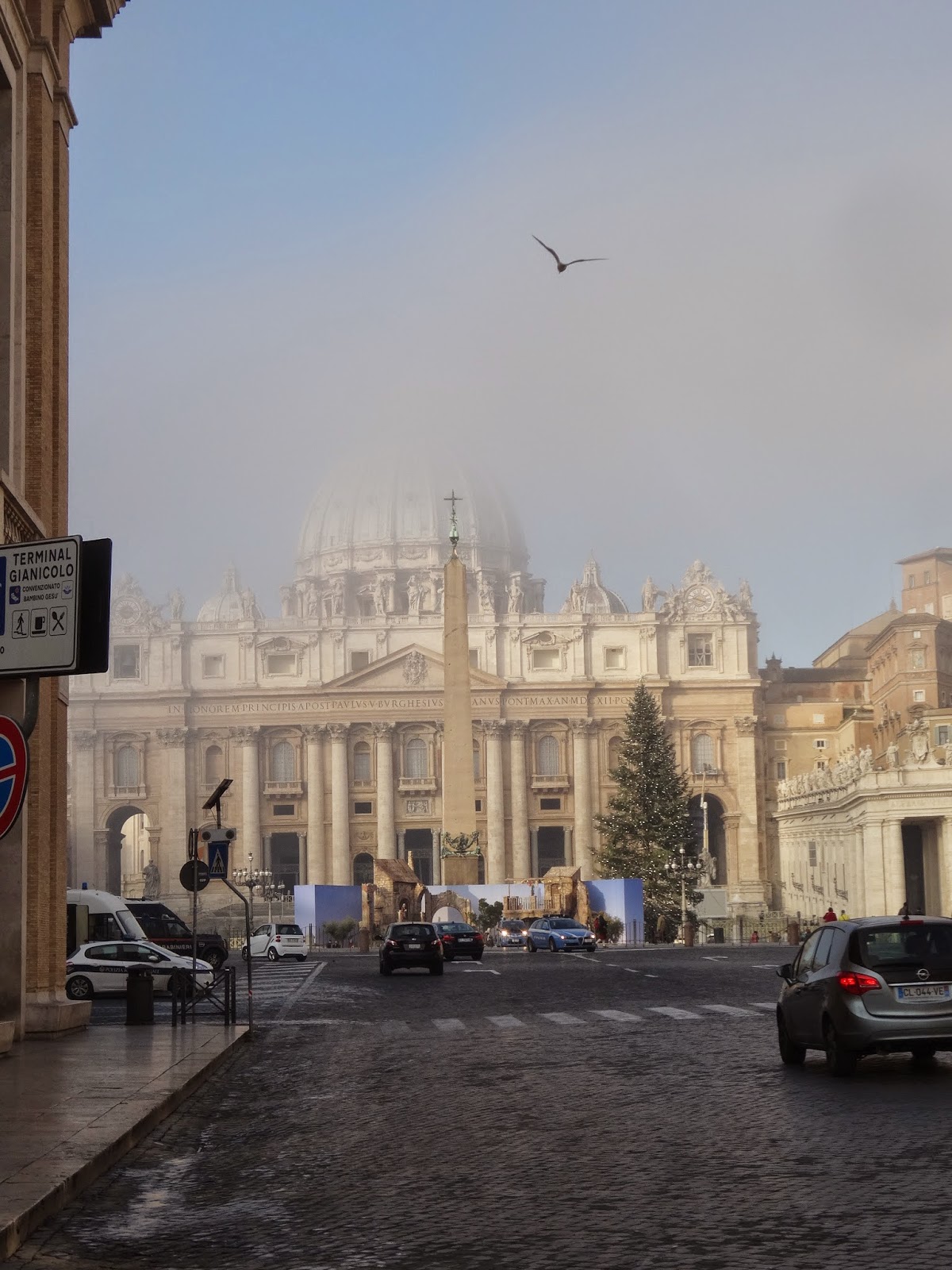 Email ThisBlogThis!Share to TwitterShare to FacebookShare to Pinterest
Labels: L'Avvocata