Bishop Conley: We need to live as if we believed that God is the only sure guarantee of human rights and liberty

Over at First Things, His Excellency the Most Reverend James D. Conley, Auxiliary Bishop of Denver, considers the religious nature of America's founding.  He writes with my emphases (bold in is original): 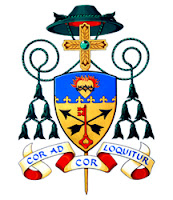 G. K. Chesterton said famously that America is “a nation with the soul of a church.” And he believed the Declaration of Independence formed the substance of our national soul.

But as we celebrate this Fourth of July, we need to recognize that some of the deepest problems in our public life can be traced to our collective neglect of America’s great founding document.

The Declaration establishes our common self-identity as Americans. It tells us that we are one nation under God, a people who believe that all men and women have God-given rights. It tells us that government exists for no other purpose than to defend and promote these rights. All this we find in the Declaration’s preamble, which still has the power to stir us.

America’s founders never intended to establish a religious government, let alone a theocracy. In fact, just the opposite. They specifically disallowed any state-sanctioned religion. Yet the government they did establish was founded on theistic, if not explicitly Christian, principles.

Others see more the hand of the Enlightenment’s philosophical Deism at work.

Whatever its precise Christian pedigree, it cannot be denied that our government was founded upon a belief that human rights come from God, not governments, and that the world is in the hands of what the Declaration called “Nature’s God” and “the Supreme Judge of the World.”

It is true: the Constitution that America’s founders would later draft makes no mention of God. It is also true that this Constitution denies full rights to slaves and women.

But the Declaration’s belief in the divine origin of the human person is everywhere presumed. And throughout American history, this belief has served as a goad to the conscience, inspiring reforms and renewal in almost every generation. It has ensured that injustice, cowardice, and political expediency do not have to have the final word in our public affairs.

The Constitution and Declaration together form the “great wells of democracy” that express “the most sacred values in our Judaeo-Christian heritage,” King wrote in his Letter from the Birmingham Jail.

America’s founders also shared a belief that religion mattered—not only for the private welfare of individuals but also for the commonweal. Charles Carroll, the Declaration’s only Catholic signatory, put it succinctly in a letter to James McHenry, a signer of the Constitution:

Without morals a republic cannot subsist any length of time; they therefore who are decrying the Christian religion, whose morality is so sublime & pure . . . are undermining the solid foundation of morals, the best security for the duration of free governments.

Unfortunately, in our day, those “decrying the Christian religion” have seized the captain’s seat in America—in the academy, the media, the government and courts. The result is a kind of publicly enforced religious indifferentism, or what recent Popes have called “practical atheism.” The Constitution insists that no religious test shall ever be required for public office. But our society, in effect, now imposes an “irreligious test.” To take part in civic life, Americans must first agree to think and act as if they have no religious convictions or motivations.

America today is becoming what I call an atheocracy—a society that is actively hostile to religious faith and religious believers.

An atheocracy is a dangerous place, both morally and spiritually. Cut off from the religious moorings expressed in the Declaration, we risk becoming a nation without a soul, a people with no common purpose apart from material pursuits. Worse, as Chesterton well understood, without belief in a Creator, our democracy has no compelling reason for defending human rights:

The Declaration of Independence dogmatically bases all rights on the fact that God created all men equal. . . . There is no basis for democracy except in a dogma about the divine origin of man. . . . Every other basis is a sort of sentimental confusion … always vain for the vital purpose of constraining the tyrant.

Our atheocracy has rejected what Chesterton called the dogmatic basis of American identity and liberties. An atheocracy has no ultimate truths to guide it and no inviolable ethical principles by which to direct political activity. Hence, it has no foundation upon which to establish justice, secure true freedom or to constrain tyrants.

We see the consequences of this atheocratic mindset everywhere. We see it most clearly in the case of legalized abortion. Denying the divine origins of the human person, our government has withdrawn the law’s protection from unborn children in the womb—the most absolutely innocent and defenseless members of our human family.

The legal extermination of the unborn is only the most egregious offense against God’s law. In fact, there is apparently no area of life over which our atheocratic government does not feel omni-competent—that government knows best.

This is dramatically clear in the movement to establish homosexual unions as an alternative kind of family. Under pressure from powerful special interests who manipulate the language of “rights” and “freedom” in ways that contradict “the laws of Nature’s God,” our atheocratic government now deems itself competent to rewrite the God-given definitions of marriage and the family.

These are sobering thoughts as our nation celebrates the anniversary of its independence on July 4, 1776. Yet there is a way forward.

In 1841, defending African men on trial for rebelling against slavetraders who had abducted them, John Quincy Adams said: “In the Declaration of Independence, the Laws of Nature are announced and appealed to as identical with the laws of Nature’s God—and as the foundation of all obligatory human laws.” The Supreme Court’s ruling in the case, made famous by the Steven Spielberg film, Amistad, was an important milestone in the abolition of slavery.

America’s future depends today, as it always has, on the choices that faithful citizens will make. God—not government—is the only sure guarantee of human rights and the blessings of our liberty. We need to live as if we believe that. For only a people who believe these truths to be self-evident can build a society worthy of men and women created by God.