Paprocki to write new pastoral letter on growing the Church 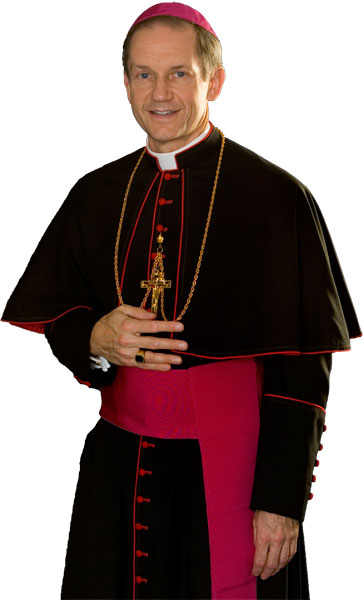 While presenting Joy and Grievance in an American Diocese: Results from Online Surveys of Active and Inactive Catholics in Central Illinois last evening in Springfield, His Excellency the Most Reverend Thomas John Paprocki announced that he is working on a new pastoral letter that will incorporate the findings of the two surveys:


My next pastoral letter, on "Building a Culture of Growth in the Church," will outline a vision and a strategy for the Church to grow qualitatively by deepening the faith of individuals and the commitment of the community, and quantitatively by increasing the number of active practicing Catholics.

Shortly after he arrived in Springfield, Bishop Paprocki noted a decrease in overall Mass attendance in the Diocese of Springfield in Illinois over the previous 15 years of 30%. He commissioned the two surveys to find out why Catholics stopped attending Mass and to find out why others continued in the regular practice of their faith.

In his prepared remarks, the Bishop of Springfield in Illinois addressed the concerns raised by the respondents, but also noted reasons to hope:


I note that the 2013 October Count indicated a 1.5 percent increase in Mass attendance, marking the first increase since 2000! While that may seem small, it is significant in that it breaks a negative trend. In the past four years, we have also doubled the number of seminarians studying to become priests for our diocese! So I am encouraged by these hopeful signs that, with the help of God’s grace, we can rebuild and renew a community of dedicated and intentional disciples of Jesus Christ, always grateful for God’s gifts as faithful stewards of His beautiful creation!

Though the Bishop did not indicate when he will publish "Building a Culture of Growth in the Church," I am already looking forward to it.

I have previously written a few thoughts concerning of the results of Joy and Grievance in an American Diocese, which I will continue to do in the weeks ahead.
Posted by Rev. Daren J. Zehnle, J.C.L., K.C.H.S. at 7:23 AM

Email ThisBlogThis!Share to TwitterShare to FacebookShare to Pinterest
Labels: Ars Celebrandi et Adorandi, Bishop Paprocki, Building a Culture of Growth in the Church