How much is the Jizya? 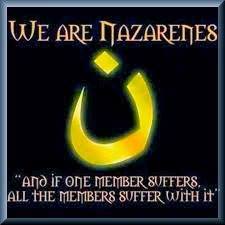 It is no secret - at least to anyone with open eyes and a knowledge of history - that the Islamic State is operating, if you will, out of playbook taken from previous Islamic conquests.

When the Islamic State took the Iraqi city of Mosul, the inhabitants were given three options:
The Jizya, of course, is the Islamic tax paid by infidels to be allowed to remain to live and work as something like second class citizens, but how much is the Jizya?


Father Douglas Bazi, who was captured and tortured by the Islamic State, tortured, has been speaking in recent days in England about what life is like for the few Christians who remain in Iraq under the Islamic State (there were 2,000,000 Christians in Iraq in 2003; today, there are perhaps 180,000 who remain).

Several publications have covered his addresses, but the Express has a particularly helpful piece titled "How 100,000 Iraqi Christians fled Mosul in ONE NIGHT" (emphases original) in which we read (with my emphases):

Those who stayed behind had to pay a Jizya - an Islamist tax levied on non-believers - amounting to an astronomical £5,200, which is more than the yearly salary of the average Iraqi. Those who could not afford the levy were executed.

"At least 1,800 Christians have been killed since 2003 in Iraq. That's why the people are afraid.

"Overnight 100,000 people escaped from Mosul and escaped from ISIS. When they arrived and took over Mosul they told the people we have three conditions according to Sharia.

"Number one was convert.

"Third, they said you have to leave or you will be beheaded."

This is why the payment of the Jizya is not as civil or simple an option as some would make it out to be.

The rest of the article is heart-rending and I hope you will take the time to read it if, for no other reason, so you will know what to pray for.
Posted by Rev. Daren J. Zehnle, J.C.L., K.C.H.S. at 1:27 AM