After returning to Rome yesterday morning, I made my way to back to Assisi to celebrate the Holy Mass this morning and tomorrow morning for a group of American college students who have come on pilgrimage with the Franciscan Sisters of the Eucharist to celebrate the Feast of Saint Francis of Assisi.

Here is the homily on Saint Francis' conversion that I preached for them this morning:


Mass with Pilgrims from the U.S.A.
On the Conversion of Saint Francis of Assisi 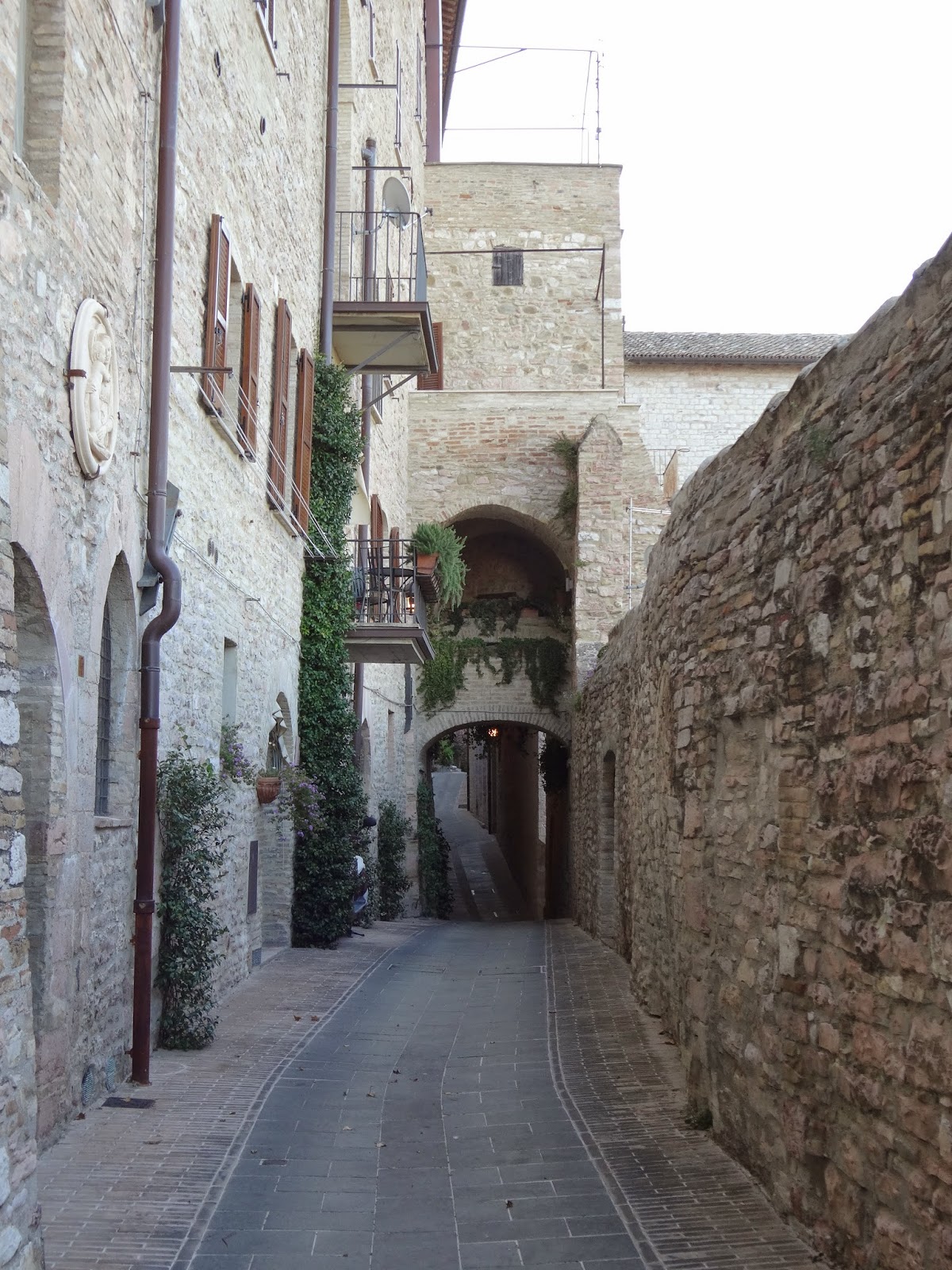 Dear brothers and sisters in Christ,

May the Lord give you peace! There is to be found – to be heard – in this hallowed “city set on a hill” a voice that stirs deep within the soul (Matthew 5:14). It is as if this voice asks each one who hears it, “Have you ever in your lifetime commanded the morning and shown the dawn its place” (Job 38:1)? This voice speaks to us – ultimately – of our mortality and of our powerlessness over the forces of nature, yes, but also – and more importantly – over our very lives.

When first we begin to detect this voice, we might be tempted to think it comes from the ancient stones that make up these narrow and charming streets or that build up the walls that surround us. At first, we think this notion absurd. “Stones cannot speak,” we say. And yet, still a voice calls out, “Which is the way to the dwelling place of light, and where is the abode of darkness” (Job 38:19)?

These stones, after all, have witnessed the passing of thousands of lives of men, and yet still they remain, though the men do not. Walking through this city of peace, we become ever more aware that these stones, that Assisi itself, remains solely as a tomb, as a tomb for a diminutive man who died 787 years ago this very night. These stones stand as a silent witness to the truth of the words so often spoken by the man they entomb: “What a man is in the eyes of God, that he is and nothing more.”

We walk upon and among the stones of this city not as tourists, but as pilgrims. Tourists travel the world simply to look at something for a brief moment, snap a picture, and then head off to the next place on the list. Tourists look upon a thing or a place, but their never enter in.

Pilgrims, on the other hand, travel with a much deeper purpose. They look upon things and places, yes. They take pictures here and there to jog their fading memories in later years, yes. But unlike tourists, pilgrims seek to enter into the place they visit, to meet its people, to live something of its history, to allow the place to touch and move their hearts.

Unlike tourists who simply take a break from their everyday life to see the world, pilgrims recognize that

Each one of us is on an ongoing journey: it is the nature of man to journey part of the road, that of his own existence. However, this journey may be that of a wanderer or a pilgrim. Our times are full of people who wander because they are deprived of an ideal of life and are often unable to make sense of the vicissitudes of the world.[1]

This journeying is part of what it is to be human. However, if we are to journey, we must have a destination in mind. A tourist has no ultimate destination in mind, but a pilgrim sets out always to encounter the Lord, to look upon his face and to be blessed by him.

You have come to Assisi to walk where Saint Francis walked, to pray where he prayed, to see what he saw. As you seek to follow after the little man poor man, your spiritual task is to hear him echo to you these words of Saint Paul: “Be imitators of me, as I am of Christ” (I Corinthians 11:1).

When he was in his early twenties – about the age you are now – Francis, so his early companions tell us, “was always happy and generous, dedicated to play and song, roaming through the town of Assisi day and night with friends like him, spend-thrifts, dissipating all that they could have or earn on lunches and other things.”[2] Though the young men of his day called him the “king of feasts,” his was not the drunken revelry of our day; “even among wanton youths,” Saint Bonaventure tells us, “he did not give himself over to the flesh, although he indulged himself in pleasures.”[3] Francis’ was the constant delight of singing and dancing and music and food and companionship.[4] It was, I suppose, something akin to the life of J.R.R. Tolkien’s hobbits.

To us, such a life seems simple and enjoyable; it seems what we might call the good life, a life to be sought and enjoyed. Yet Francis, thinking back to these early years on his deathbed, described them as, “while I was in sin,” a curious phrase for a period marked by generosity and friendship.[5] What made this period so sinful?

By his natural temperament, Francis was of a “feverish impulse” and “did not know moderation.”[6] Not only this, he was “flighty and not just a little daring.”[7] In this, I suspect, he was not too unlike each of us. These characteristics kept him, in these early years, focused in on himself and on his own pleasures and kept him not fully open to others and to the Lord. His chief desires were for pleasure and knightly glory. In this, Francis was not unlike the men of his day.

When he visited Assisi several years ago, His Holiness Benedict XVI reflected on the eight hundredth anniversary of the conversion of Saint Francis, which did not so much happen all at once but in several steps. He said:

It is interesting to notice how the Lord took Francis in his stride, that of wanting to affirm himself, in order to indicate to him the path of a holy ambition focused on the Infinite: "Who can be more useful to you, the master or the servant?" (LTC 2, 6), was the question that he heard resound in his heart. It was as if to say: why be content to be dependent on men when there is a God ready to welcome you into his house, into his royal service?[8]

In this call to serve the Divine Master, Francis recognized the satisfaction of every longing of his heart.

So it was that, after his encounter with the leper, he gave himself entirely into his service. Aided by his natural “feverish impulse” and his “daring” in that moment of overflowing love, he let loose the floodgates of his heart and held nothing back for himself. In that very moment, when he forgot himself whom he so often remembered before, everything changed and he found – and was possessed by – the joy he earlier sought in parties, music, and friends. 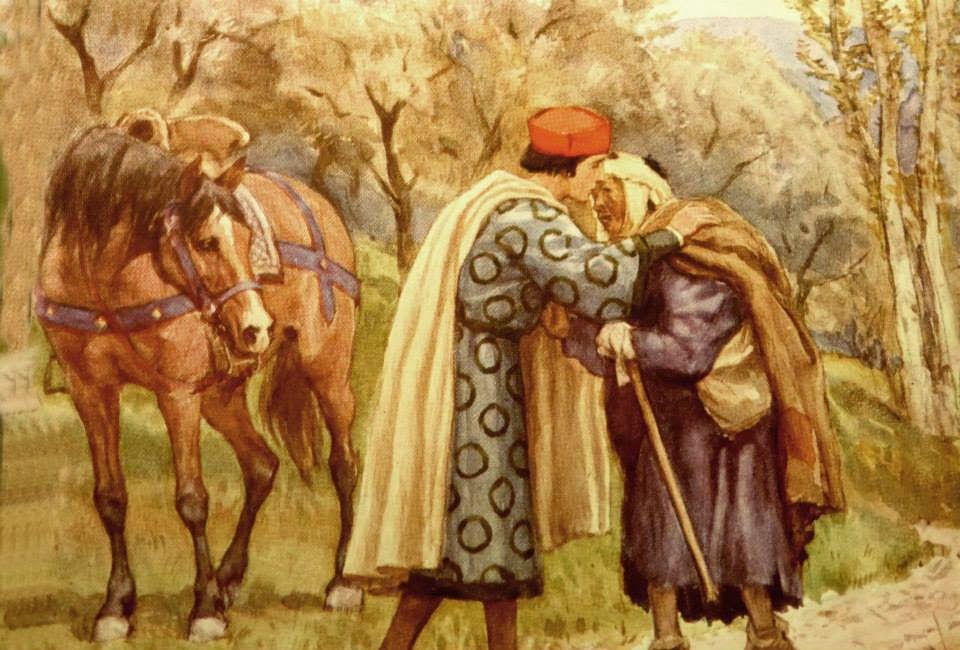 The life of Saint Francis attracts so many people because, in the depths of our hearts, we know his realization to be true and we want to reorient our lives as he did, even if we lack the courage – or the feverish impulse and daring – to do that same. Let us, then, this day ask Saint Francis to help us understand the beauty and truth of his life and to make his words our own:

Therefore let us desire nothing else, let us wish for nothing else, let nothing else please us and cause us delight except our Creator and Redeemer and Savior, the one true God, who is the Fullness of Good, all good, every good, the true and supreme Good, Who alone is Good, merciful and gentle, delectable and sweet.[9]