I know this is something I simply need to "get over," but headlines like this irritate me to no end: "Pope Francis tries on baseball cap during his general audience." Am I the only one who wants to know, "Who cares?"

It isn't that the daily activities of Pope Francis aren't important, but is his attempt to wear a baseball cap really all that newsworthy? I say "attempt" for a reason: 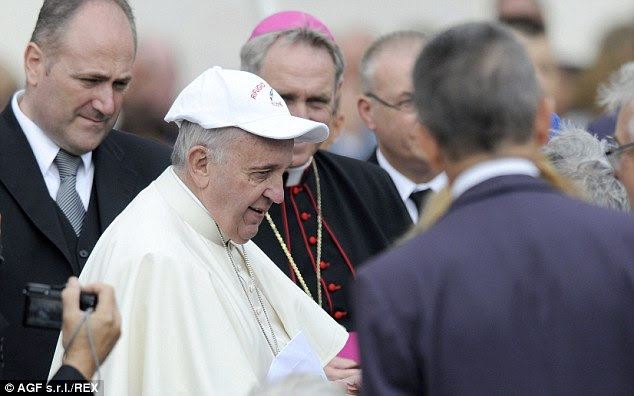 Perhaps he hasn't warn a baseball cap before. They haven't been as popular in most parts of the world as they have been in the United States of America.

Even if this were news, where were the same headlines when his predecessor Benedict XVI wore a sombrero?

Not just once, but twice: 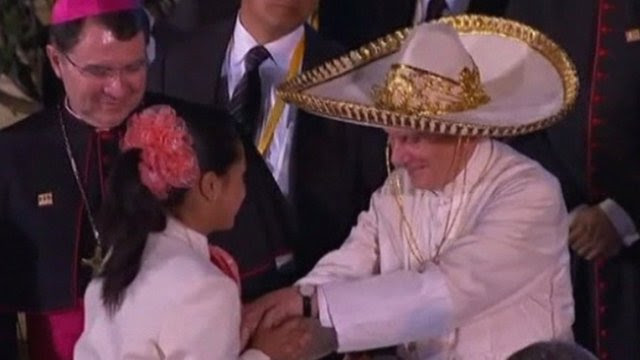 Maybe that's why it wasn't news.

But what about the time he put on a hardhat?

What the policeman's hat he tried on? 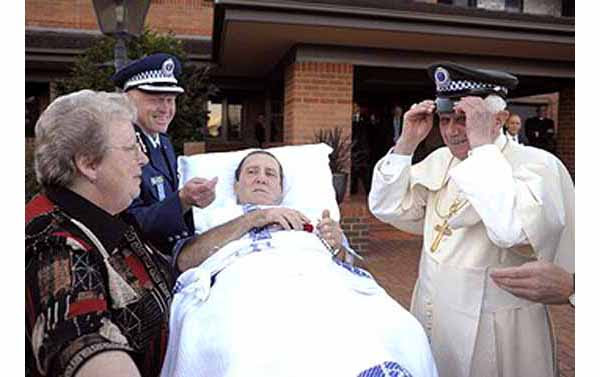 He tried on several on styles of hats at his Wednesday Audiences, as well, but I don't want to spend too much time looking for them. Of course, though, we cannot that Benedict XVI also tried on a baseball cap: 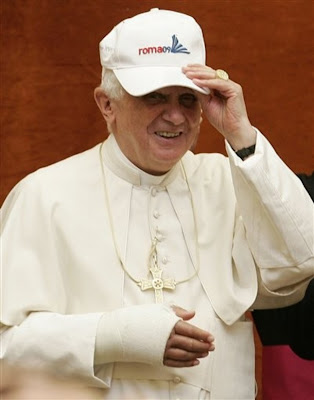 Please, don't pay too much attention when the media reports about the activities of the Pope.
Posted by Rev. Daren J. Zehnle, J.C.L., K.C.H.S. at 9:42 AM