Behind, beyond, and sometimes ahead of the times

G.K. Chesterton once quipped, "The Church always seems to be behind the times, when it is really beyond the times."

Even so, every now and again the Church happens to be "ahead of the times," as evidenced today Her Majesty Queen Elizabeth II sent her first tweet on Twitter as part of the celebrations for a new exhibit at a science museum in London: 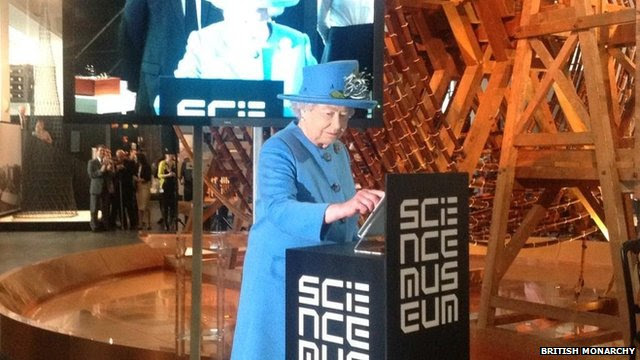 She doesn't look as though she enjoyed it as much as His Holiness Pope (Emeritus) Benedict XVI did when he sent his first tweet almost two years ago on December 12, 2012: 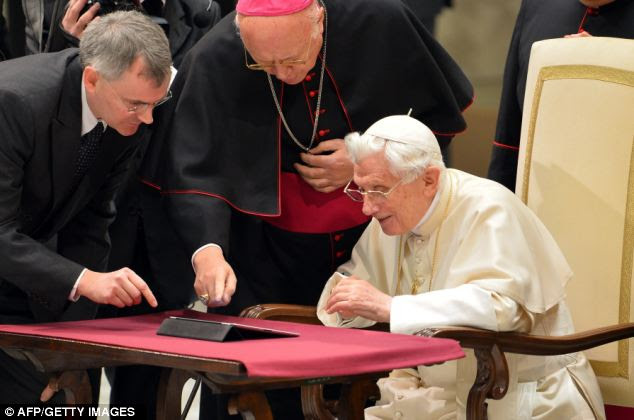