After my visit this morning to the Armenian church of Saint Blaise (San Biagio here in Italy), a friend told me that the church of San Carlo ai Catinari (Saint Charles in Catinari) in Rome is in possession of relics of Saint Blaise.  With this in mind, I went out again after lunch into puddled streets of Rome as the rain fell yet again (some are beginning to question whether it will ever stop) to pray before a relic of the patron against illnesses of the throat.

I'd been inside the church several months ago but I had forgotten my previous visit.  The exterior is typical of a Roman church: 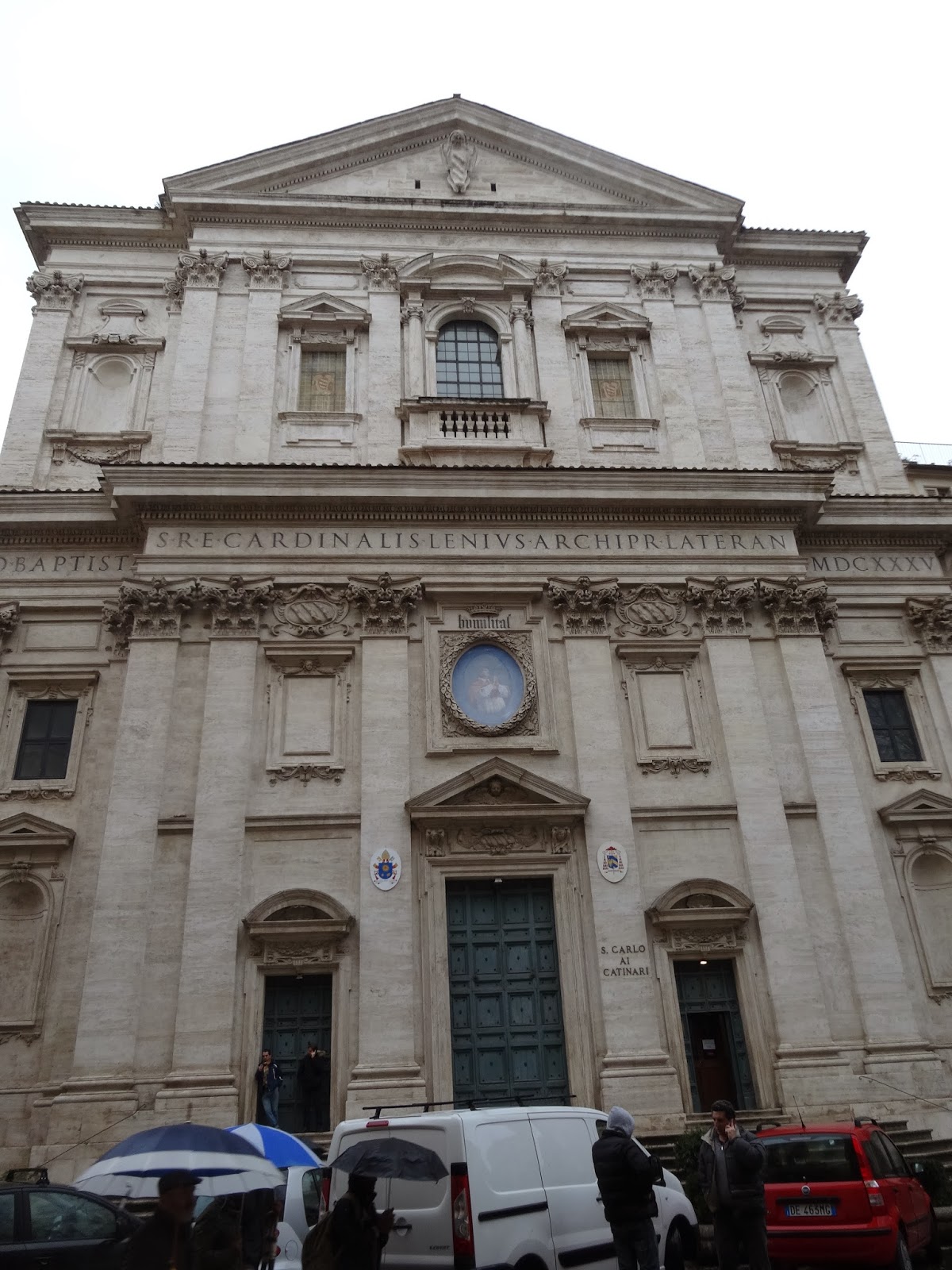 The interior is also rather typical of Roman churches and is presently undergoing a bit of restorative work (which also seems to be typical): 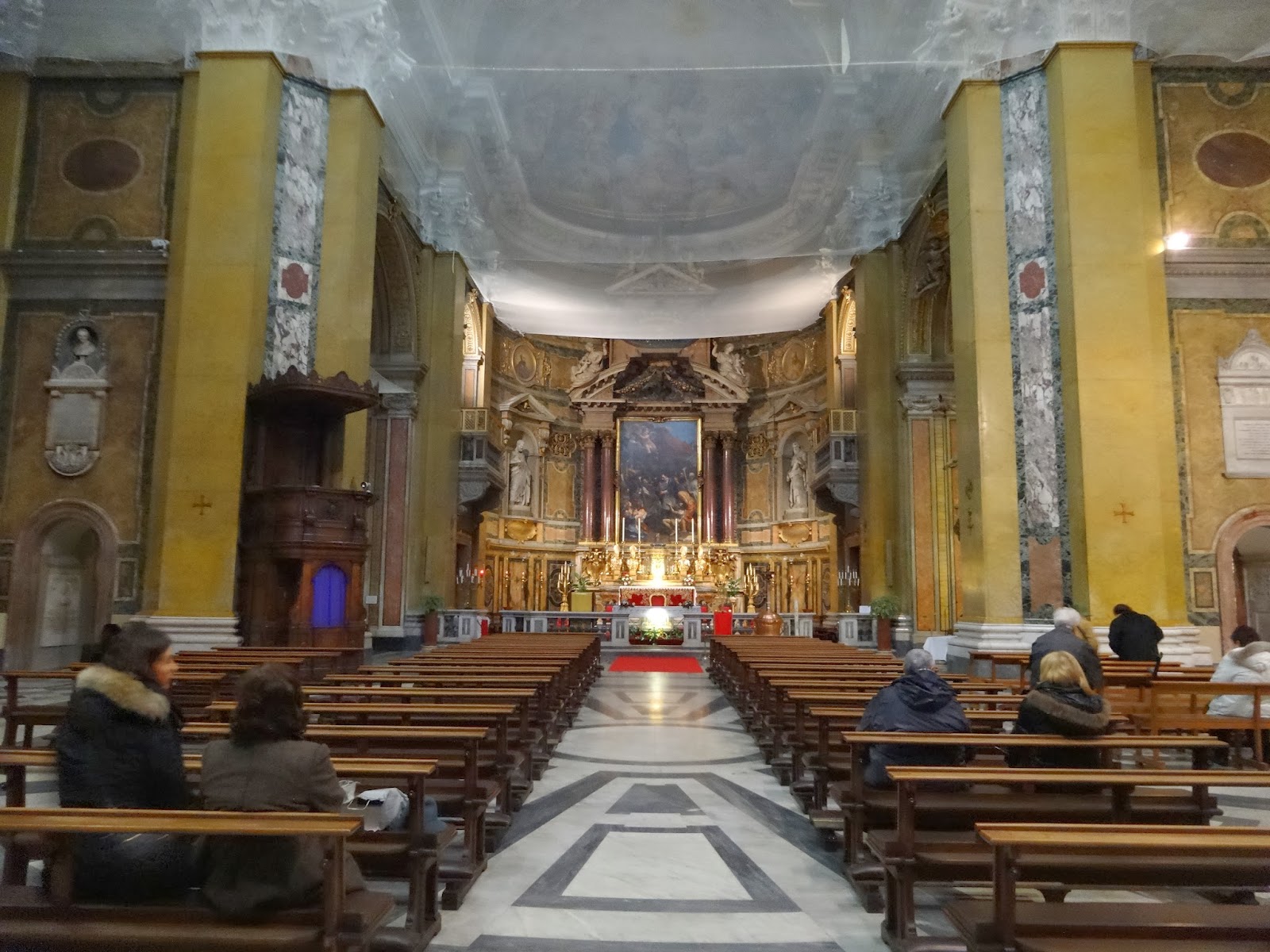 A relic of Saint Blaise had been set on the communion rail at the foot of the sanctuary before which the faithful were able to pray and seek the saint's intercession: 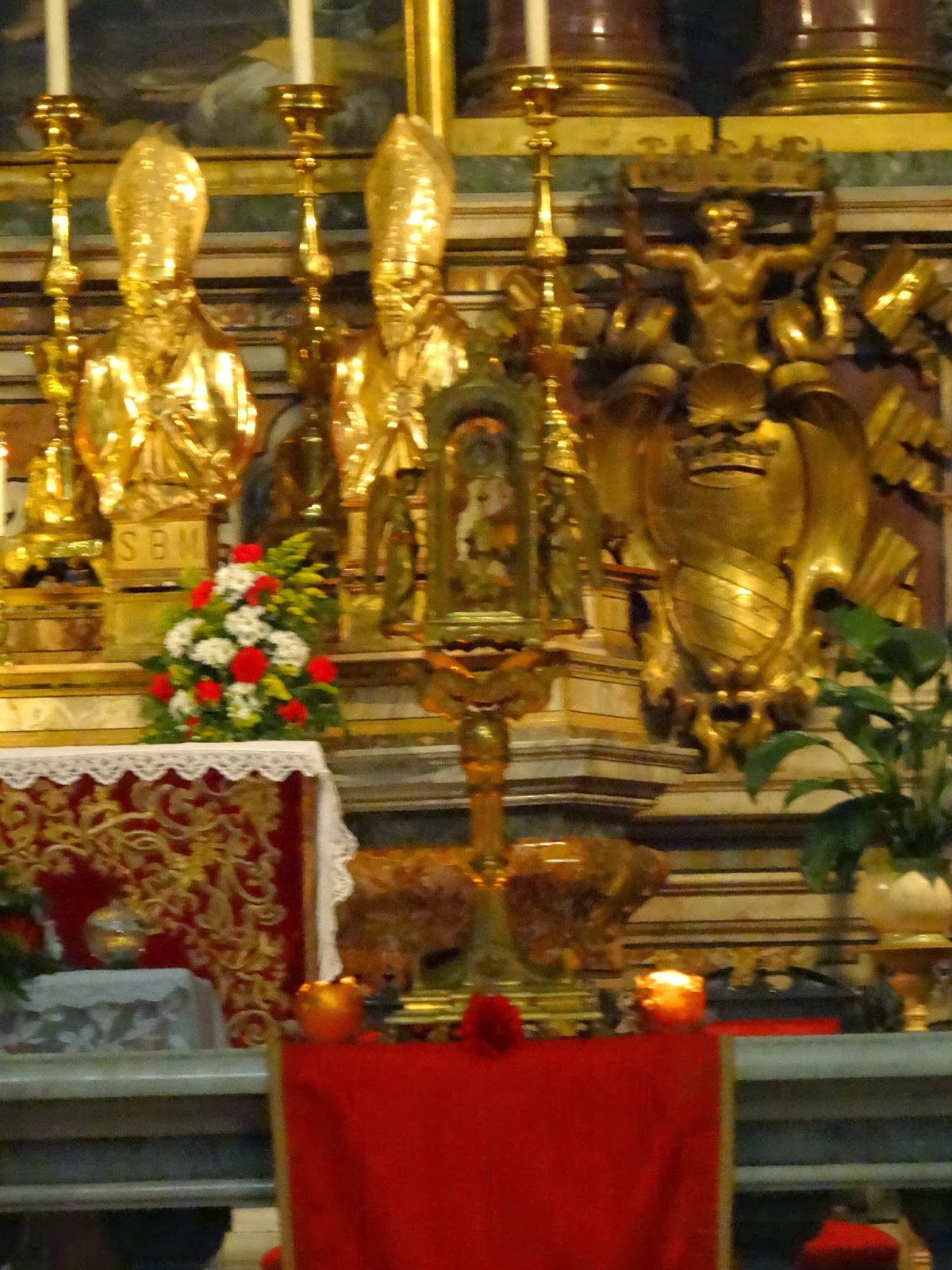 A temporary shrine to Saint Blaise had be set up in one of the side chapels and was comprised of an image of the saint, an oil lamp, flowers, and oranges and lemons (though I do not know why): 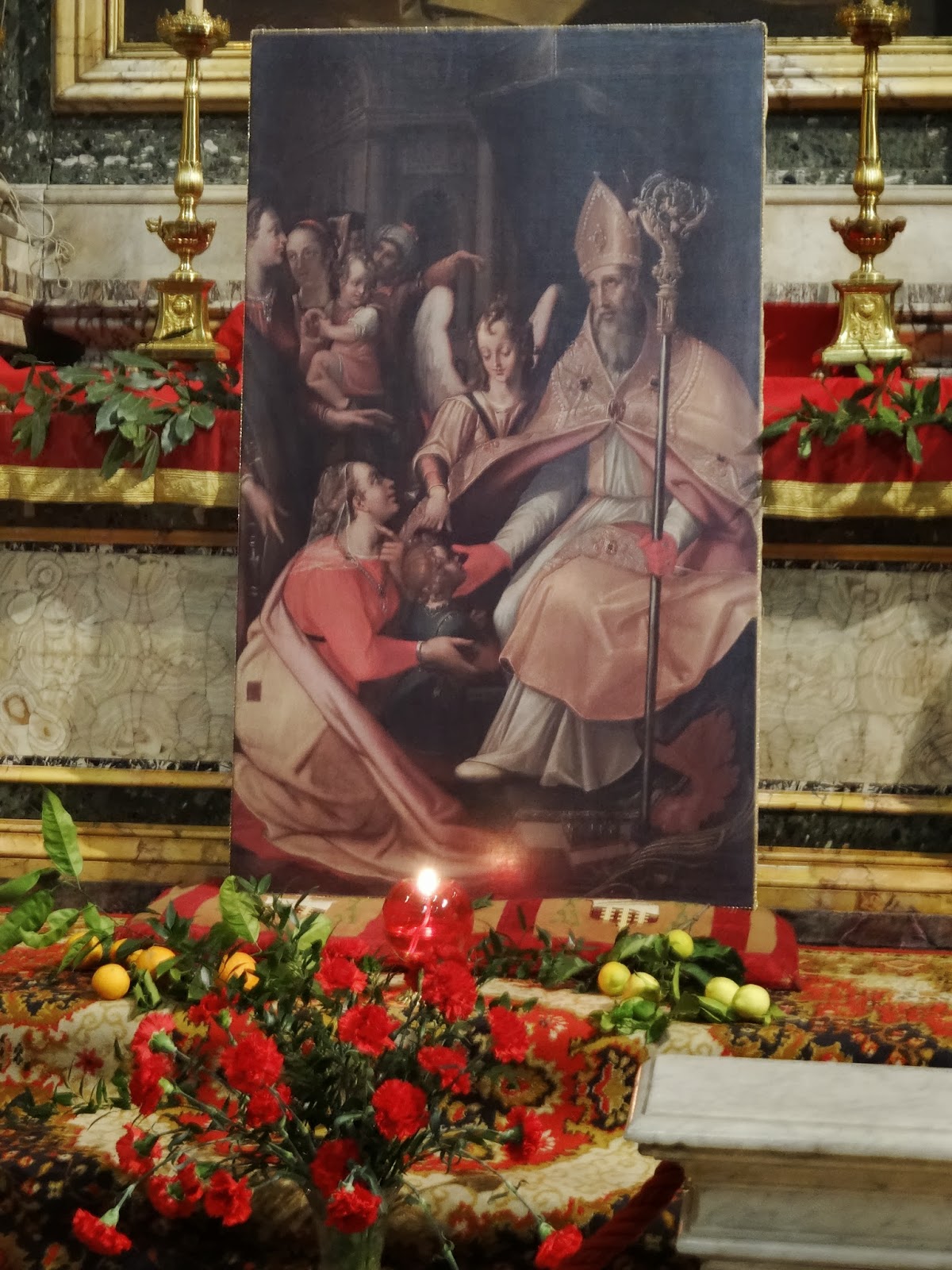 While I prayed before the relic a priest came out of the sacristy and went to the make-shift shrine, carrying some sort of a golden bowl covered with a red cloth.  I suspected he was going to offer the blessing of Saint Blaise:


Through the intercession of Saint Blaise, Bishop and martyr, may God deliver you from every disease of the throat and from every other illness.  In the name of the Father, and of the Son, and of the Holy Spirit.

Because I, too, wanted to receive this blessing, I went over to the side chapel where a small group of the faithful had gathered and which was growing.

The priest led us in seeking Saint Blaise's intercession and in thanking God for the example of his life, and afterwards he invited us to come forward to receive the blessing.

When I saw the priest did not have crossed candles with which to bless our throats, I realized what was in the golden bowl: another relic of Saint Blaise!

As you can somewhat see from the picture above, the relic is encased in what may be glass (though it didn't feel like glass) and attached to a golden ring.  The priest held the ring in his hand and touched the relic to our throats as he imparted the blessed and then invited us to kiss the relic.  This was simply more than I had hoped!

Life in Rome may be filled with various frustrations and - at present - bad weather, but unexpected happenings such as this more than make up for it!
Posted by Rev. Daren J. Zehnle, J.C.L., K.C.H.S. at 11:23 AM