A martyred Bishop, a pig, candles, and throats?

The early saintly Bishop and martyr of Sebaste, in Armenia, Blaise, has long been one of my personal favorites, no doubt because of the traditional blessing of throats that has become so closely associated with his feast.

Have you ever wondered why we generally use candles during the blessing of throats?  On the one hand, it makes little sense; but on the other hand, it seems perfectly logical.  To understand the connection of candles with Saint Blaise, a little history is necessary, as I delivered some years back in a homily:


We know Saint Blaise best as the patron of ailments of the throat, whose intercession we invoke in times of illness. He seems to have been the son of wealthy parents and a physician who became the Bishop of Armenia. When the persecutions of the Emperor Diocletian broke out, Blaise fled to a cave where he lived with the animals. He healed the wounds of the animals and they flocked around him. Hunters discovered Blaise surrounded by these animals and took him to the governor Agricolas. Refusing to renounce his Christian faith, Blaise was beheaded around the year 316, after having had his flesh torn apart by metal wool combs.

Before his death, Blaise is said to have miraculously healed a boy who was choking on a fish bone, thereby saving his life. This event gave rise to his patronage of the sick, and especially of the throat. But what about the candles used during his blessing?

As the hunters took Blaise to the governor they came upon a poor woman whose pig had been carried off by a wolf. Recognizing the Saint’s holiness, she begged him to restore the pig to her. Blaise commanded the wolf to give back the pig and it did. The pig was unharmed. In return for his kindness, the woman gave Blaise food and candles.

The episode of the healing of the boy was combined with that of the wolf to give us the blessing of Saint Blaise with the candles.

Why would this holy man of God allow himself to be torn apart by wool combs? Why would he willingly undergo such great pain when all he had to do to avoid the torture was renounce his faith?

Saint Blaise so modeled his life on the example of Jesus Christ as found in the Beatitudes that he knew the true source of happiness. He knew that blessedness is found in the Cross of Christ and so to him the Lord said:

Blessed are you when they insult you and persecute you and utter every kind of evil against you falsely because of me. Rejoice and be glad, for your reward will be great in heaven (Matthew 5:10).

Because Blaise took “refuge in the name of the Lord” in this life, he has now entered into one of the “many dwelling places” in the Father’s house (John 14:2). This martyr, who so powerfully united himself to Christ, stands before us a witness to hope, as one who lights the way to life with God, one of the many sign posts that God has given to us.

Though his relics are not enshrined in the Eternal City, there is an Armenian Catholic church dedicated in his honor.  Recognizing what will likely be only a short break in the near constant rain, I took a walk to visit the church and to ask his intercession.

By Roman standards, it is a small and simple building, both on the exterior and in the interior: 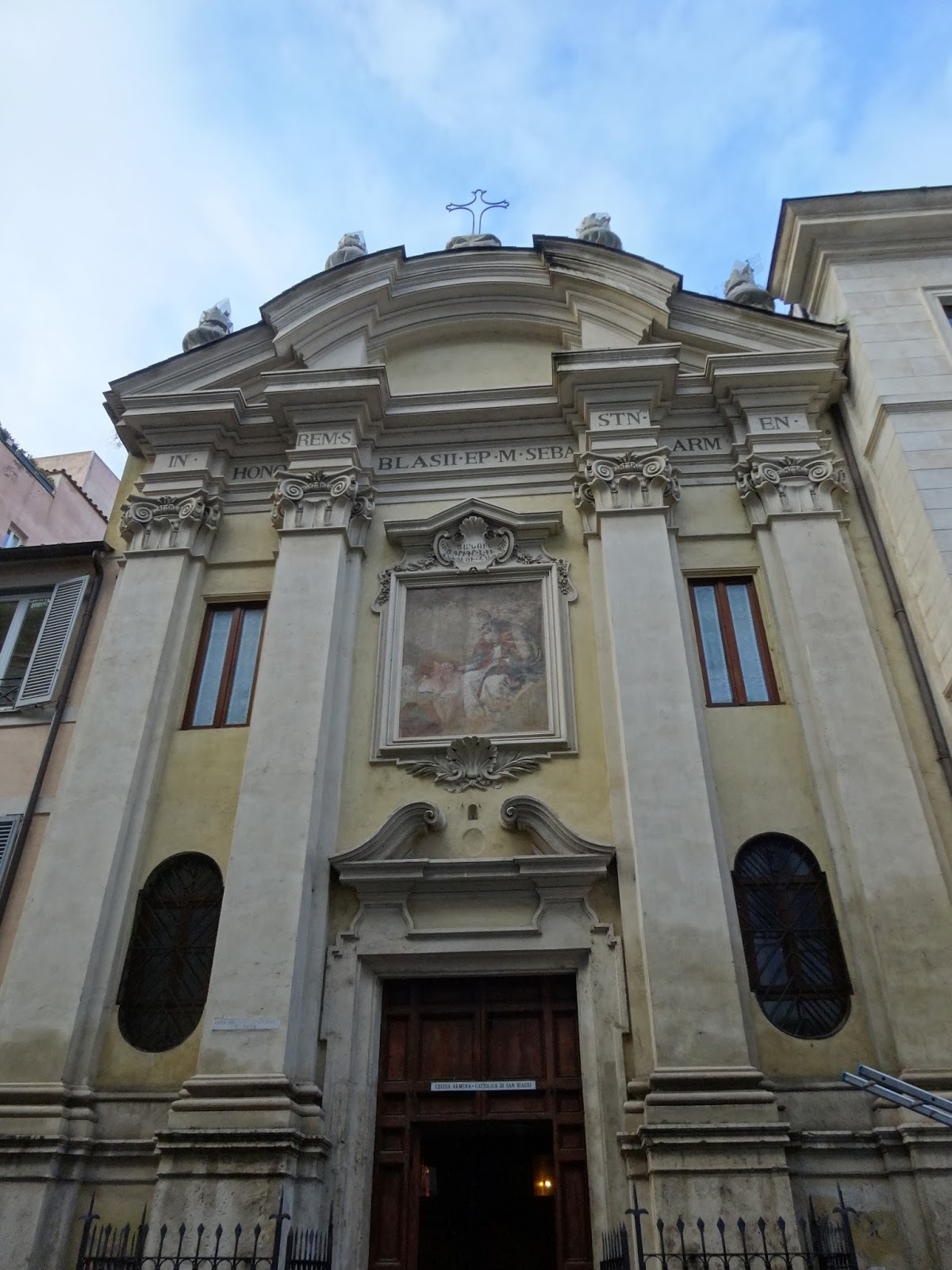 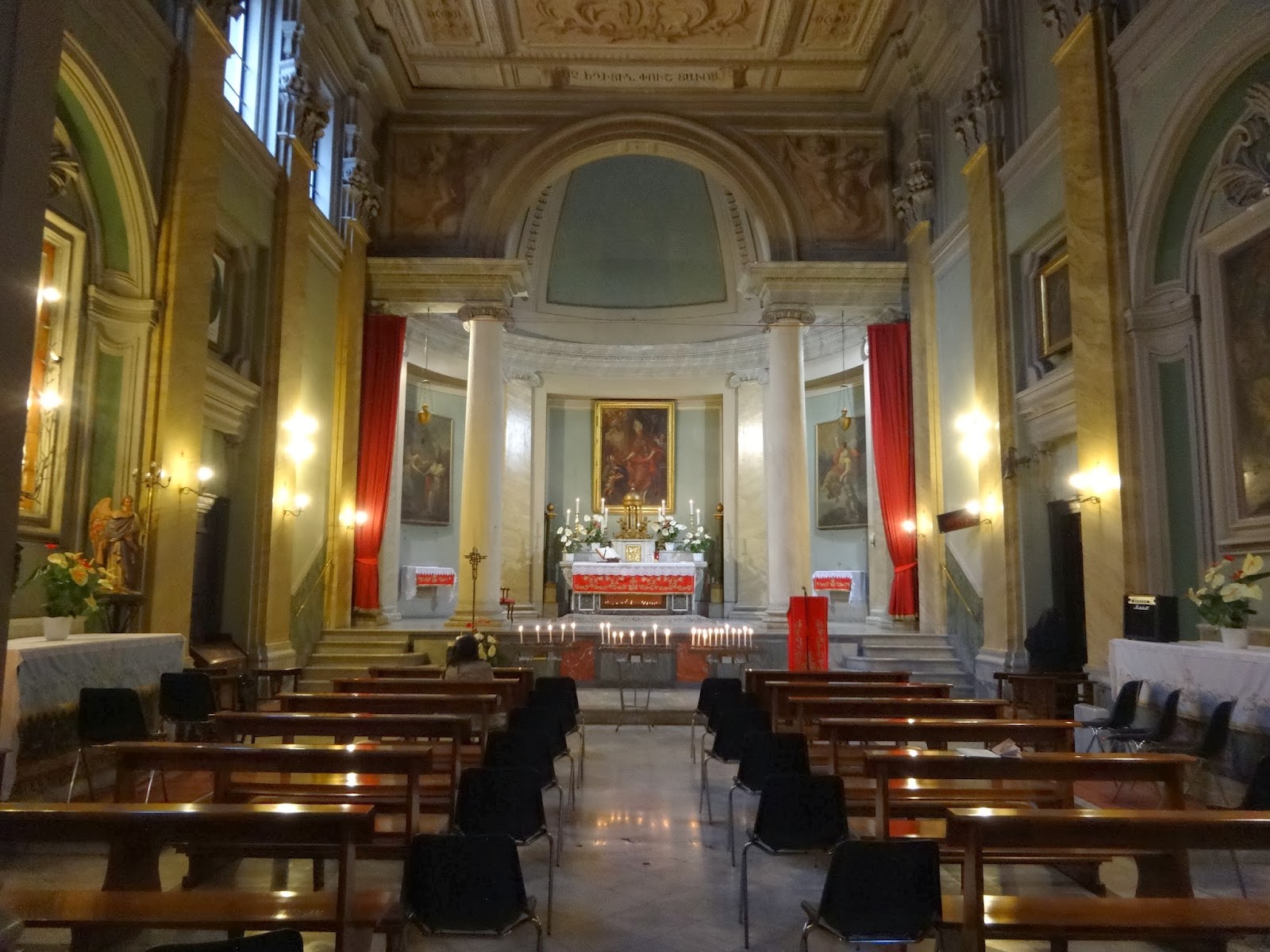 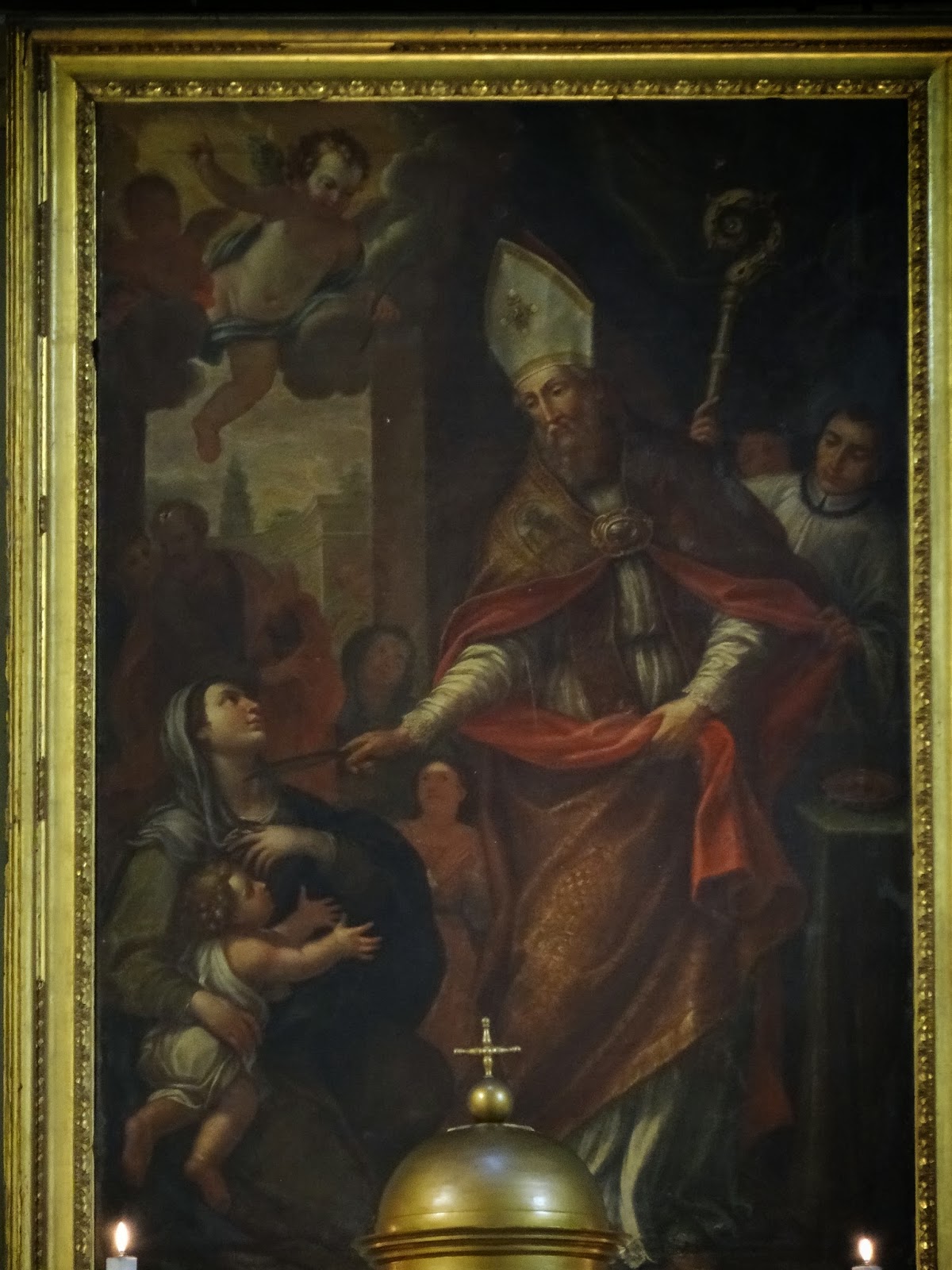