St. Anastasia, wealth, and a griffin 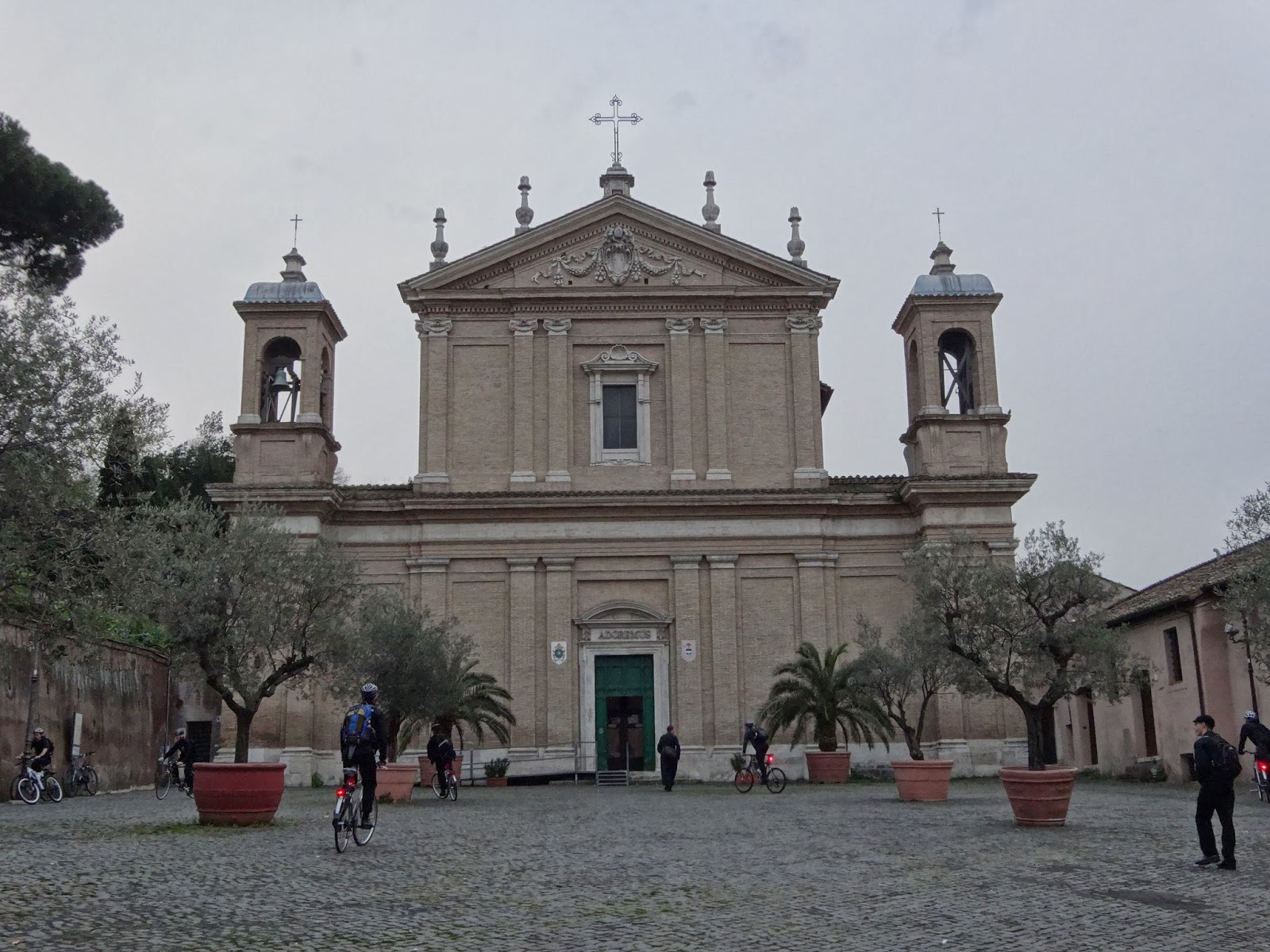 Though the doors to the church were open for us, the doors to the sacristy cabinets were not. It's a good thing we travel with a large Mass kit (in the future it may also include a chasuble).

The Golden Legend tells us that Saint Anastasia was born to a prominent family of Rome. Though her father, Praetaxatus, was a pagan, her mother, Faustina, raised her in the Christian faith. When her husband, Publius, learned that Anastasia was visiting imprisoned Christians and attending to their needs, he imprisoned her, during which time he gave her little food and hoped she would die so he would have her dowry.

After a time, Anastasia was entrusted to the keeping of a Prefect. When he learned that she was wealthy, he said to her: "Anastasia, if you are a true Christian, you should do what your Master has commanded you. He orders His disciples to renounce all that they possess. Give me therefore all that is yours, and go where it please you! Thus you will be a true Christian!"

Not falling for his trickery, Anastasia answered him, "God has indeed commanded me to give away all that I have, but to give it to the poor, and not to the rich. But you are rich. I would go against the precepts of my God if I gave you anything whatever."

Naturally, he was displeased with this answer and again imprisoned her with little food. While imprisoned with the end goal of death by starvation, Anastasia was fed with heavenly food by Saint Theodora, who had already been martyred.

The day came when Anastasia, together with 200 other virgins (she feigned sickness to avoid marital relations with Publius) to the island of Palmaria where she was burned at the stake until death. She received the martyr's crown and palm on December 25 during the persecutions of the Emperor Diocletian. 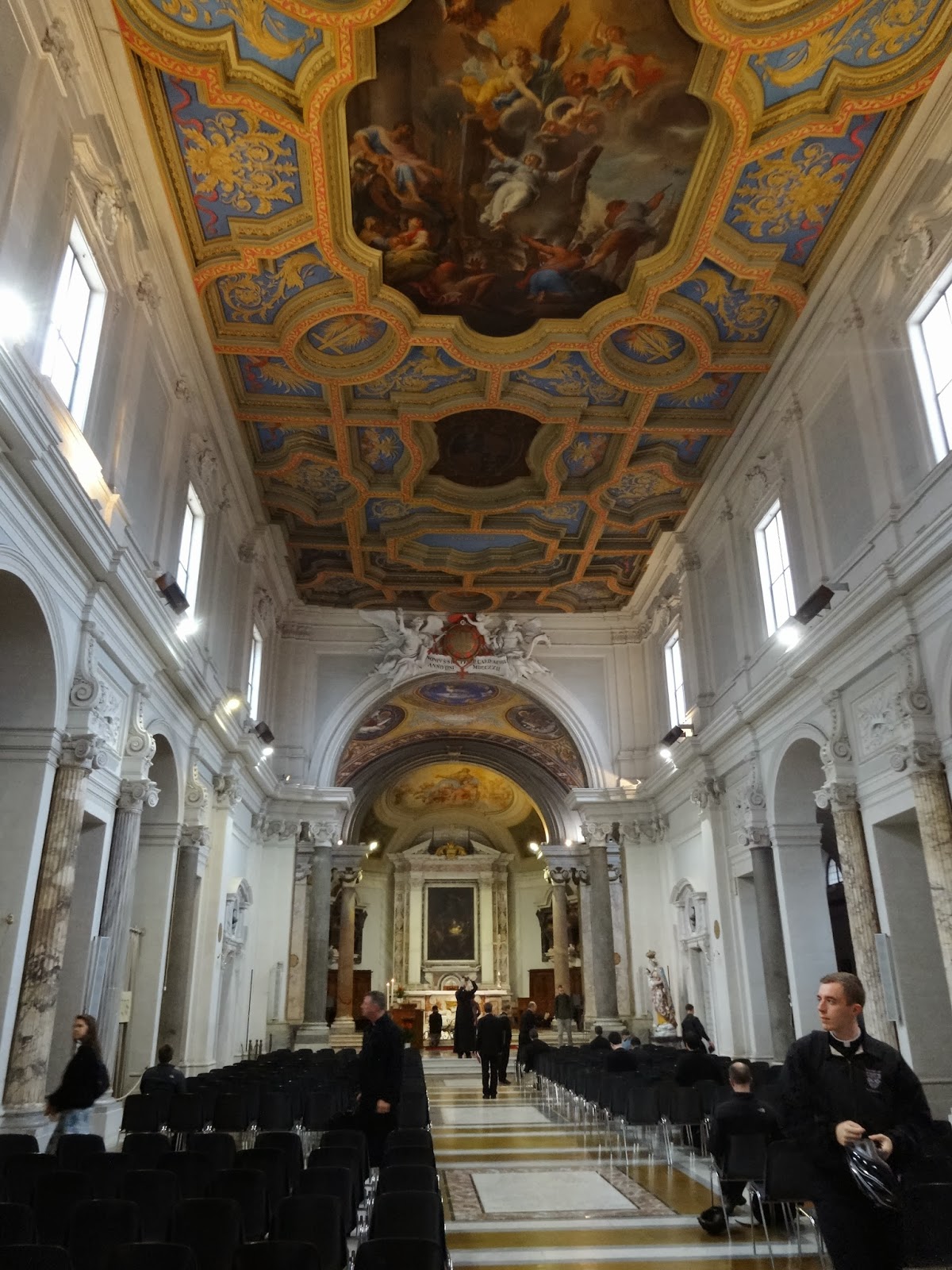 The church dedicated to her honor was built on the site of her burial, very near the Circus Maximus. 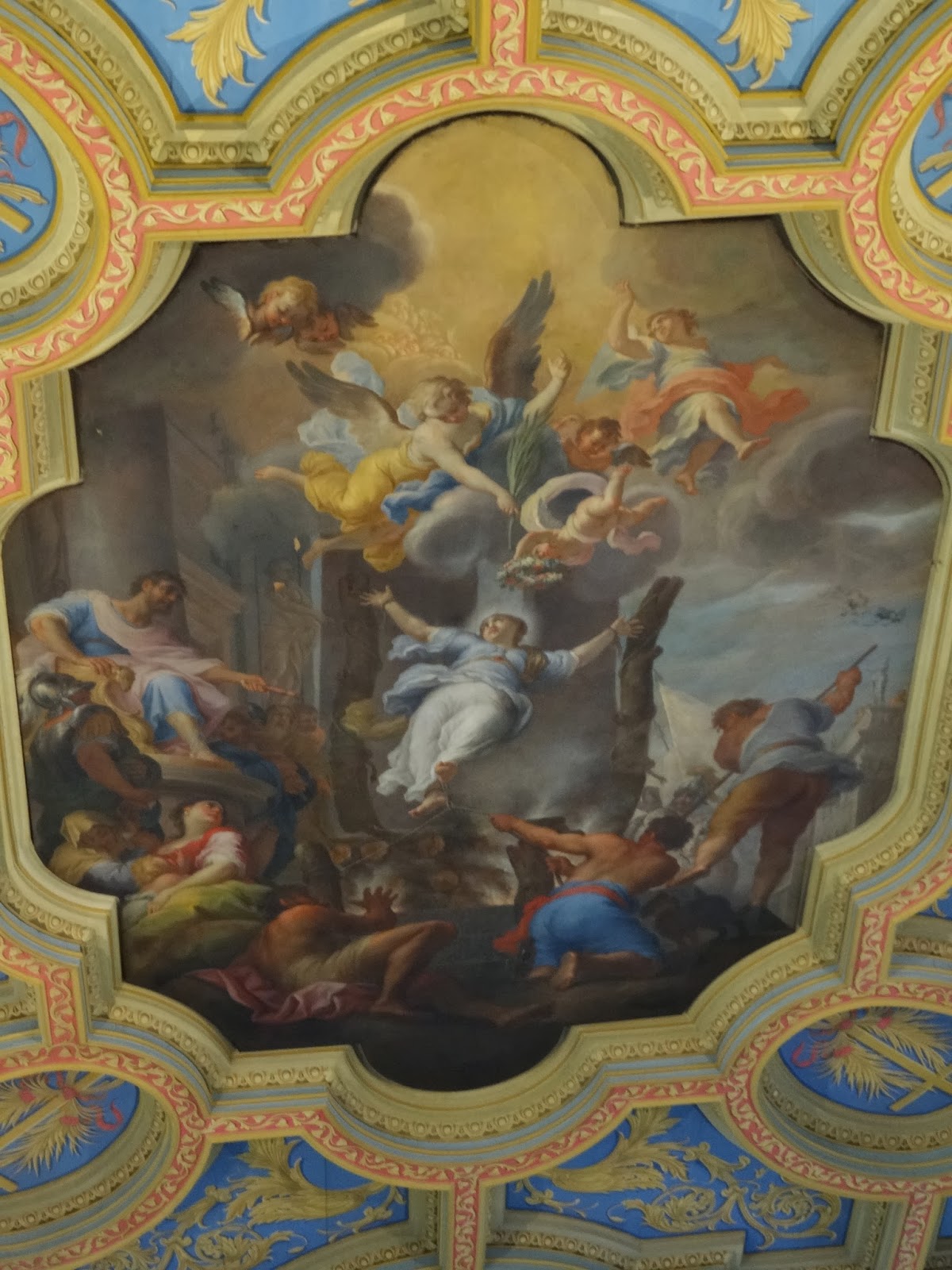 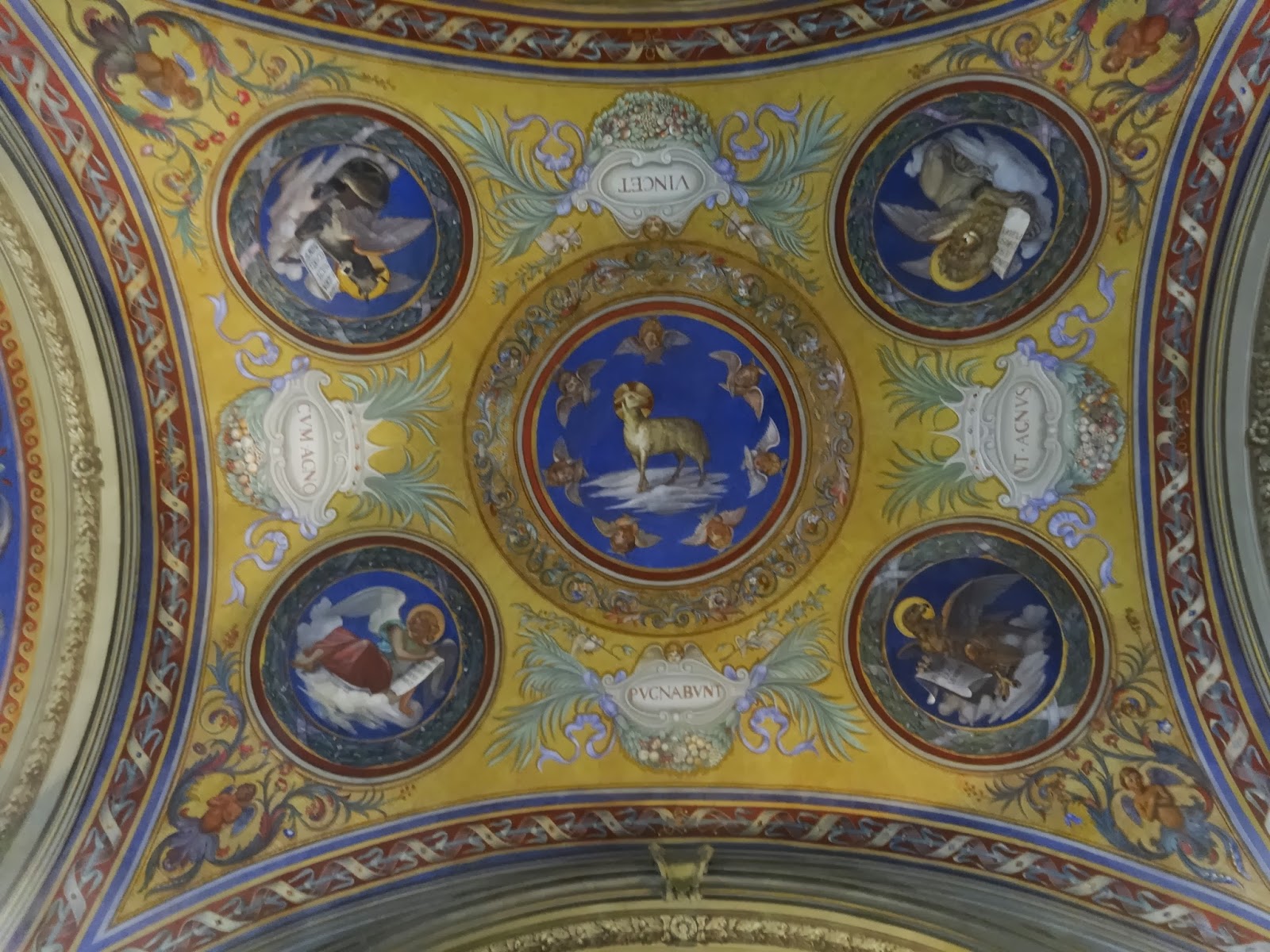 The church has many beautiful elements, but I'm somewhat ashamed to say that my favorite artisitc piece was this griffin, poorly lit in the morning light: 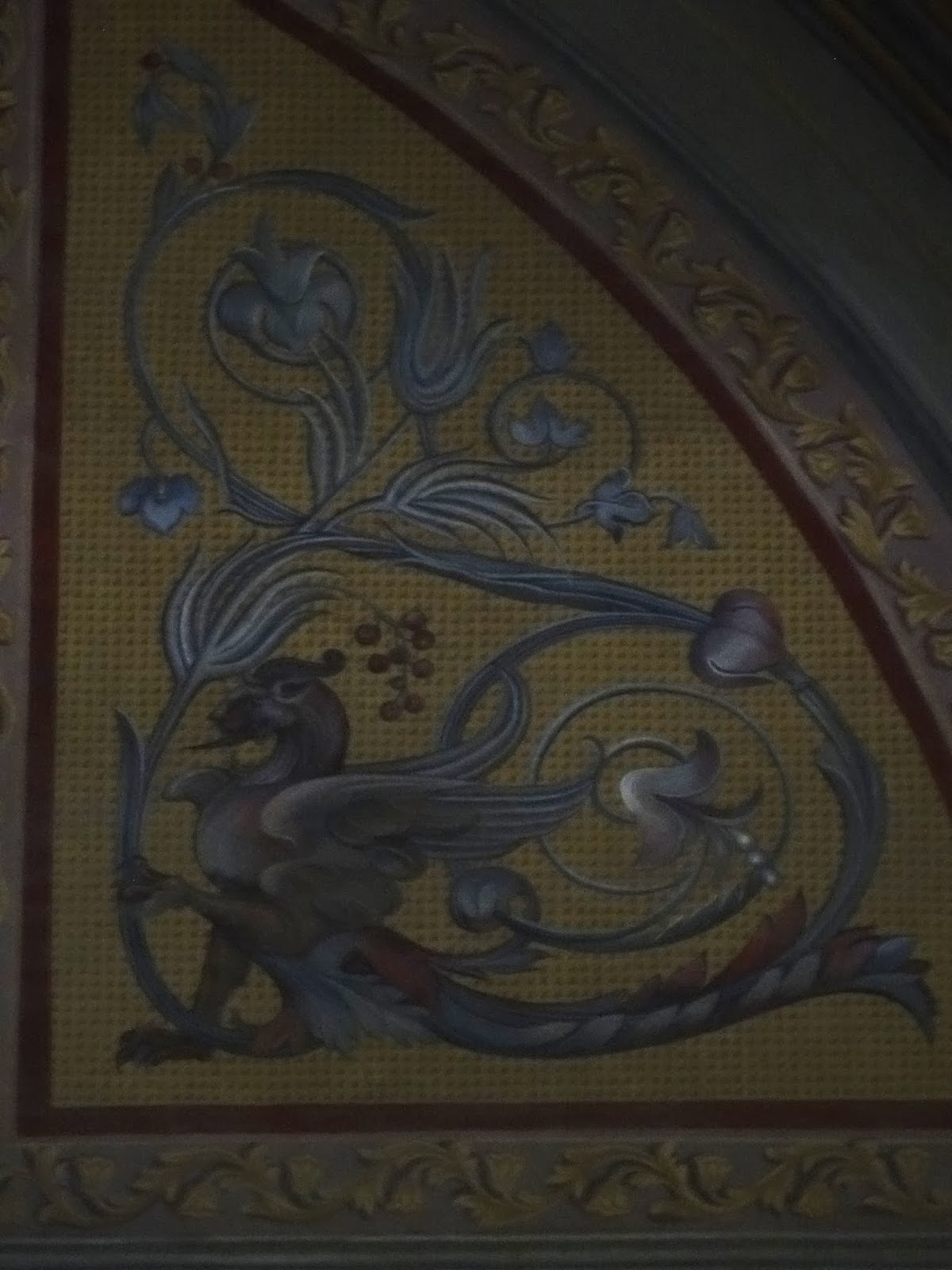