A birthday lunch and the Presidential motorcade

One of the friends whom I met when I was studying the Italian language in Assisi also lives in Rome and attends the Pontifical Gregorian University here in Rome invited me to lunch today to celebrate my birthday (my 36th birthday was yesterday).

Life in Rome today is a bit more confused than normal because many roads have been temporarily closed due to the visit of President Obama. What is more, and this is likely purely coincidental, the temperature in Rome began to drop considerably about the time Pope Francis received the President.

At any rate, as we made our way to the restaurant we found ourselves walking along a road on which the President was traveling at that very moment. We were quite surprised to see a large crowd of Italians - and probably Romans - hoping to catch a glimpse of the Presidential motorcade: 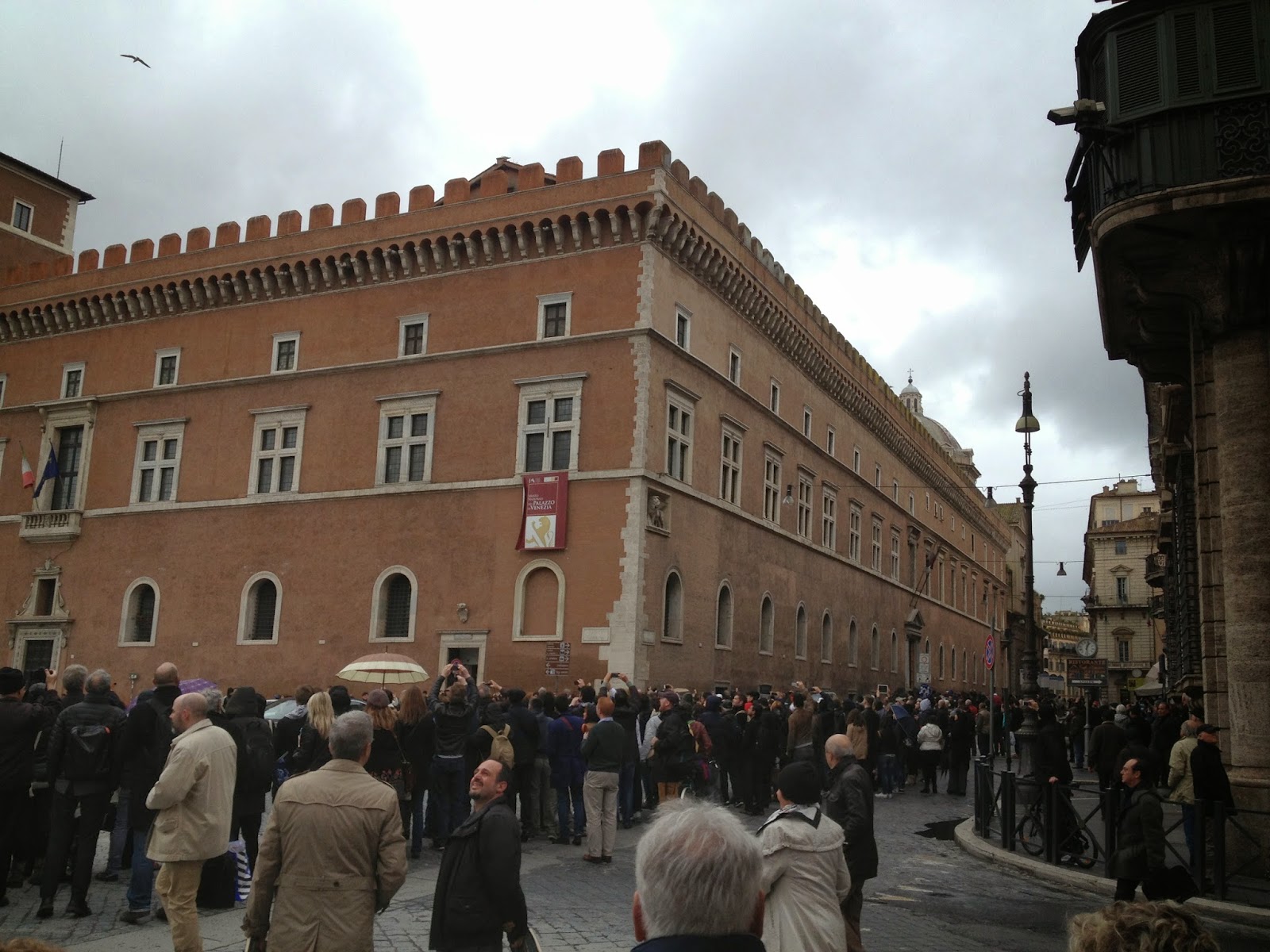 We made our way past as quickly as possible.

The size of the entourage - coming to some 900 people - was rather embarrassing. We spoke with two tourists from England after the motorcade passed and they also seemed surprised at its size. I'll be curious to see how large of an entourage travels with Queen Elizabeth II when she visits Pope Francis on April 3rd. (Before you think every Roman supports to the U.S. President, a large anti-American government protest will be held this afternoon near Piazza Barberini.)

Once past the crowd, we made our way to the best place for burgers and chips in Rome, Open Baladin. We shared a very large side of garlic and parmesan chips and I had the Tirolese burger, which comes with smoked ham on the burger: 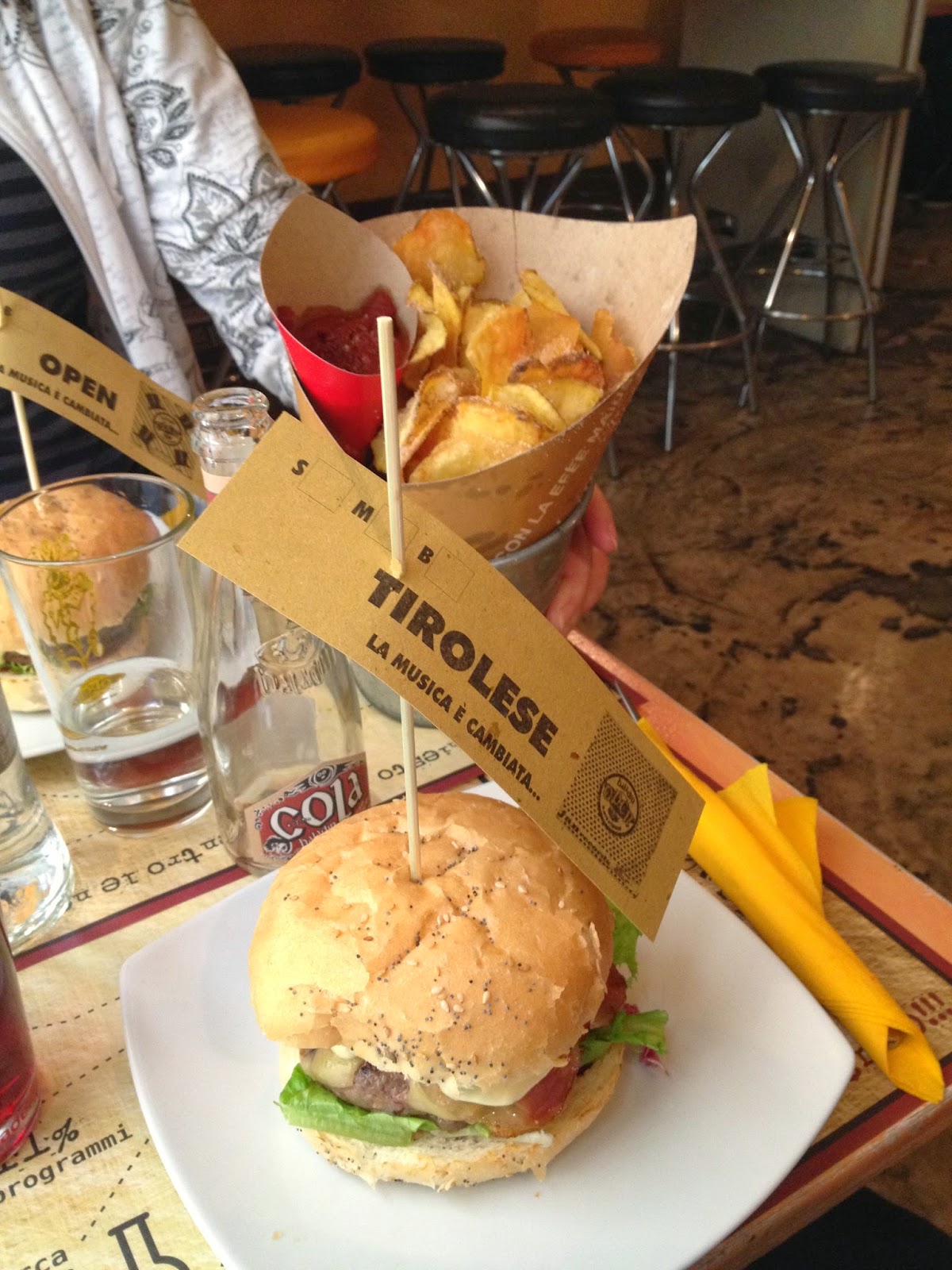