And you thought the U.S. post office was bad

Two days ago I received a form in my mailbox at the Casa Santa Maria from the Italian Postal System informing me that the post office in the Piazza di San Selvestro (about ten minutes away) had a package for me to collect. For reasons I cannot begin to fathom, it sometimes happens - though not always - that packages are not delivered to your address with your usual mail (though often they are), but are held at the post office for you.

The experience of others told me that I should allow for at least a full hour of waiting after I arrived at the post office. With my classes each day this week at the Sacred Apostolic Penitentiary, this afternoon was my first such free stretch of time.

When I saw the form - the first one I have received - I was both frustrated and excited, for reasons you can surely imagine. I've been expecting a few packages sent from friends from Columbus, Ohio (sent back before Christmas), from St. Louis, Missouri, and from Honolulu, Hawai'i. Unfortunately none of these were the package which was being held for me.

The first thing you need to know about the Poste Italiana - as with most everything else in Italy - is the efficiency is not its strong point, despite the absolute requirement to collect a ticket before being able to do anything in the post office from one of these machines: 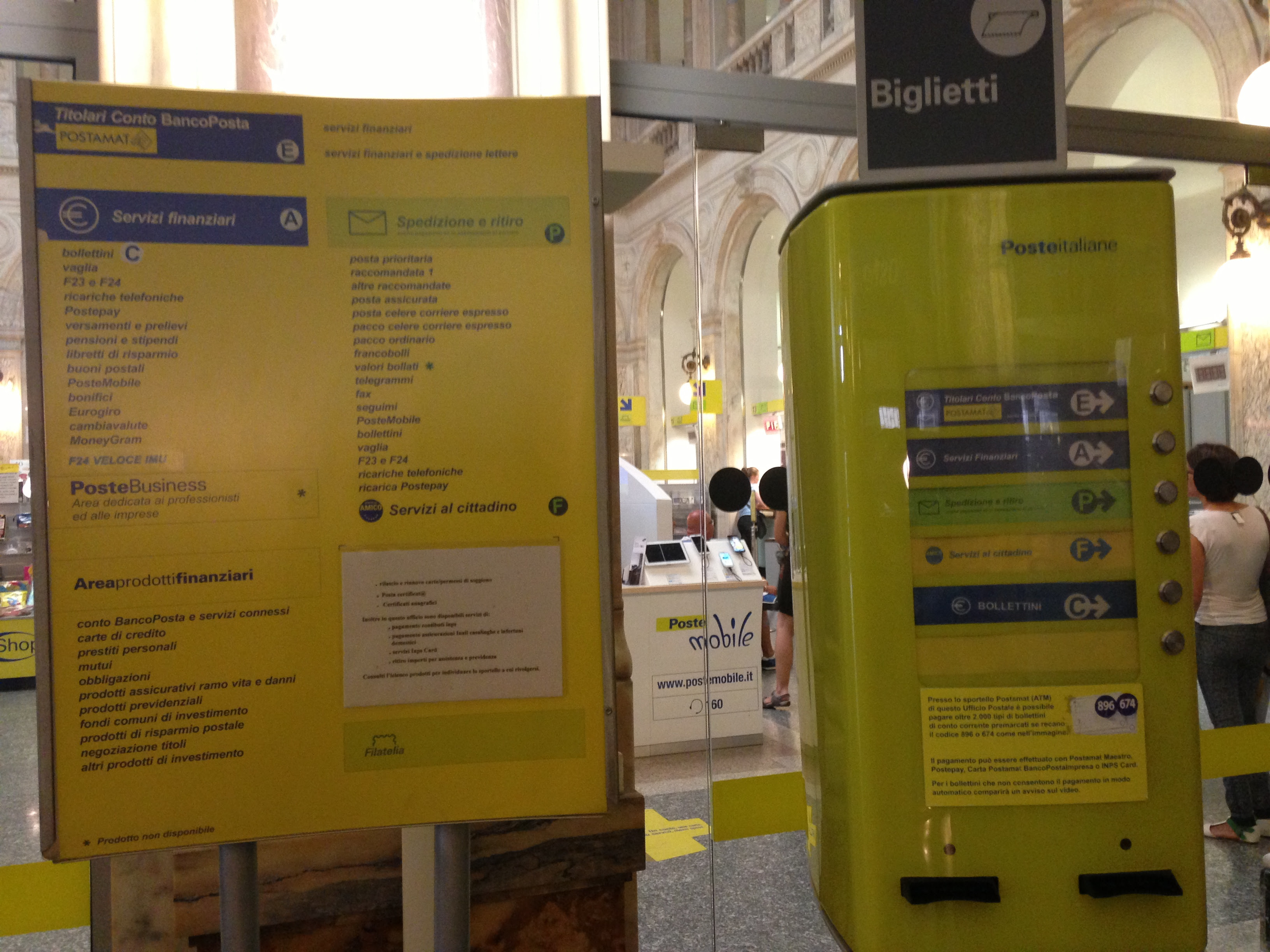 They are as complicated as they look and it is not uncommon to see Italians simply take one ticket of each option because even they cannot always figure out which ticket they need (you will be sent away from the employee if the ticket you chose does not correspond to what you need).

I chose a ticket for "pacci" (packages) and waited. And waited. And waited. And then waited a bit more. However, knowing what this endeavor would entail, I went prepared with a book lent to me from one of the English priests staying with us at the Casa: Stephen Clark's 1,000 Years of Annoying the French, which, being written in typical English humor, provides at least one audible chuckle or guffaw every couple of pages.

For one hour and ten minutes I waited. Yes, you read that correctly: I waited for 70 minutes. When I arrived at the counter displaying my number, an old Italian woman - who apparently wasn't paying attention when her number was called two numbers before mine - managed to display me and I was sent to the next counter where the attendant was already waiting on another customer. So there I waited for another ten minutes.

When finally she was ready for me I handed her the form about the package, after which she insisted on seeing my ticket and also a document proving my identity. Then she went away without a word, presumably in search of my package. Ten minutes later she returned again to consult the form from the Poste Italiana with the proper reference number (I didn't want to ask why she didn't simply take the form with her in the first place). She returned yet another ten minutes later with a small package (an large envelope, really) and the spent another five minutes with a colleague before they determined that I only needed to sign for the package without paying any fees. Finally, I had my package and exited the post office.

As I walked out of the post office I looked at the return address. The envelope was from the Canon Law Society of America and contained Proceedings of the Seventy-fifth Annual Convention, October 14-17, 2013, Sacramento, California. You can imagine my deep frustration when I realized I waited an hour and a half for that.