Beginning your day with frustration

When living in Rome, a person must learn how to cope with any number of frustrations and unexpected - and often unnecessary - obstacles, such as when a church forgets to open its doors for the scheduled Lenten station Mass: 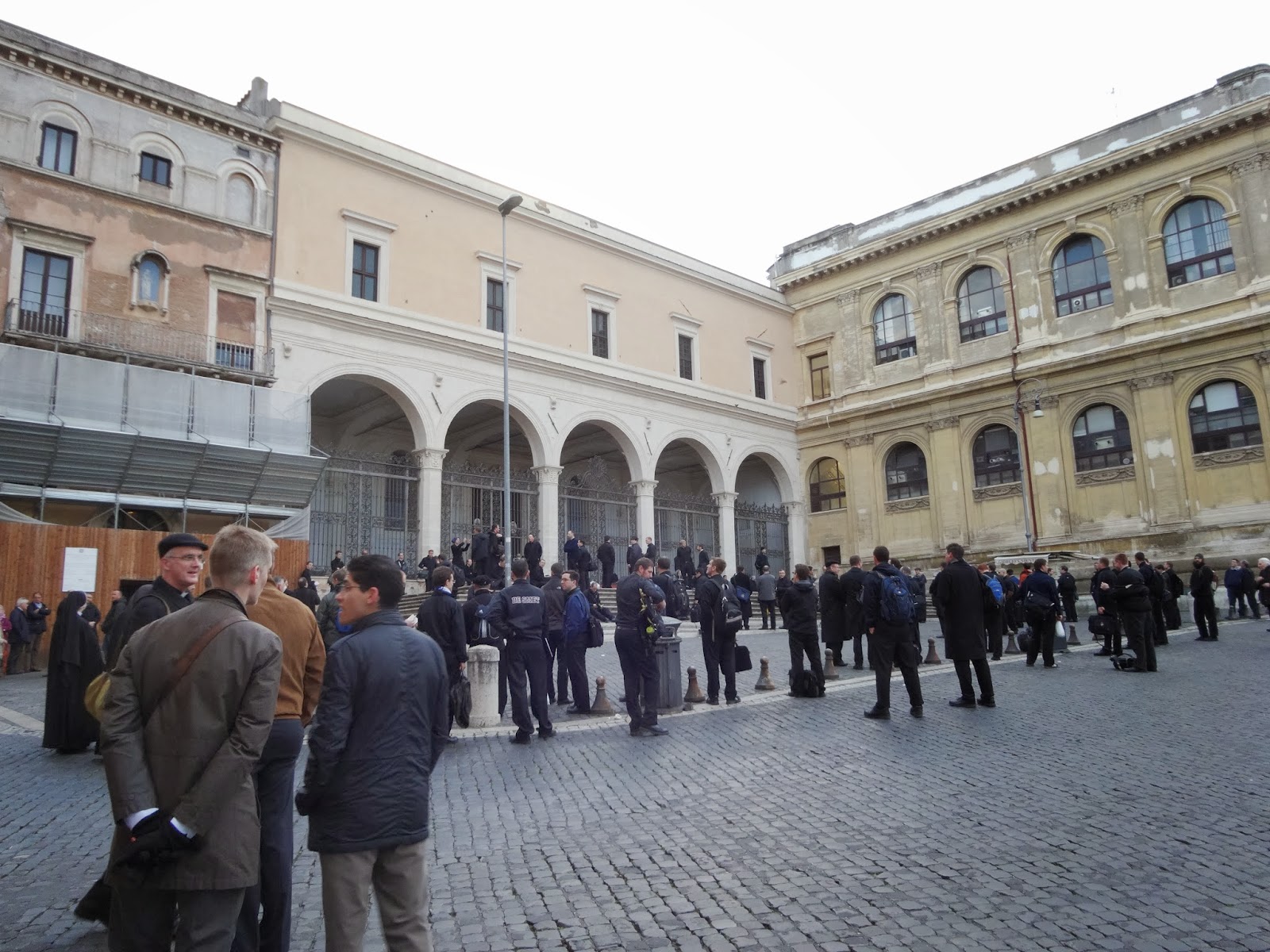 The above was the scene this morning outside the church of St. Peter in Chains, where the chains which held Saint Peter captive are enshrined, as well as Michelangelo's statue of Moses.

I hope this doesn't happen too many more times this year, though I won't keep my hopes too high; I'm told last Lent this was the scene at least three separate times.