After 5 days, only a few of the names of the Ethiopian martyrs are known - why? 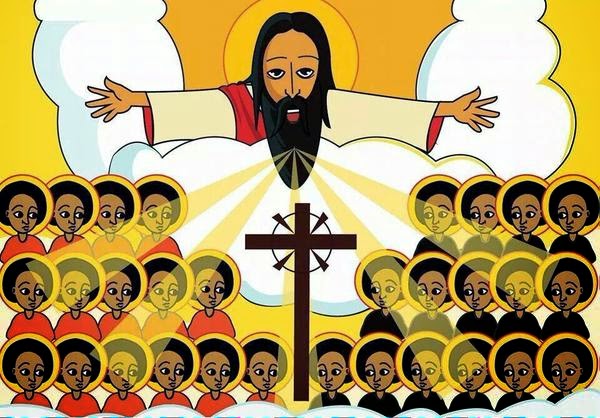 Two days ago I raised the question of why, after three days, we still had not learned the names of the 28 martyrs - most of whom were Ethiopian - killed by the Islamic State in Libya on 19 April 2015. Still, after five days, we still do not have a list of all of their names or their stories, while we knew both of the 21 Copts killed the Islamic State deaths after they were martyred.

I spent a good amount of time today trying to remedy this situation to put together such a list myself. It is remarkable - and sad - how difficult it is to find this information. The greatest amount of information I found was about Jamal Raham, a Muslim who is said to have refused to abandon his Christian friend, who curiously is never named. Why do we know more information about one Muslim than we know about 27 Christians?

Of the Christians, three were from Eritrea and had recently been deported from Israel; their names I could not find.

Two of the martyrs were Ethiopian: Eysau Yikunoamlak - a migrant who wanted to earn money for his ailing mother, Ahaza Kassaye - and Balch Belete, whose story I could not find.

Why do we still know so little about them? As I wondered about this two days, I wrote:

I have no direct evidence of a possible reason, but I cannot help but wonder if part of the reason is not racism. This would also help to explain why the world has taken so very long to respond to - or even to care about - what Boko Haram, an Islamic militant group that has been active twice as long as the Islamic State, is doing in Nigeria (and in Cameroon and Chad). I hope I am wrong about this, but I do wonder.
If you know of an alternative explanation, I would very much like to learn of it.

Is there a more plausible explanation?