To Turin to see the Merciful Face of the Suffering Servant

Tomorrow, I will join twenty-five other priests living at the Casa Santa Maria (there are sixty-two of us in total this year) on a quick pilgrimage that will involve some fourteen hours on a bus over a thirty-six hour period. It will likely be somewhat tedious, but it will also be worth it. We are going to look upon and pray before the Shroud of Turin, which only recently was exposed again for the veneration of the faithful.

The Shroud of Turin is among the cloths found in the tomb mentioned by the Apostle and Evangelist Saint John:

They both ran, but the other disciple outran Peter and reached the tomb first; and stooping to look in, he saw the linen cloths lying there but did not go in. Then Simon Peter came, following him, and went into the tomb; he saw the linen cloths lying, and the napkin, which had been on his head, not lying with the linen cloths but rolled up in a place by itself. Then the other disciple, who reached the tomb first, also went in, and he saw and believed; for as yet they did not know the Scripture, that he must rise from the dead (John 20:4-9).

In total, four cloths were taken from the tomb, the Shroud and three others:

The Shroud of Turin displays in remarkable detail the terrible sufferings Christ Jesus endured for us and looking upon the image left in the cloth we can hear the Lord call out to us: “Come, all who pass by the way, pay attention and see: is there any pain like my pain” (Lamentations 1:12)? To understand and know the sufferings of the Lord is of great importance, for in them we see unmistakable evidence of his merciful love, that what the Evangelists wrote of his sufferings in the Gospels is true

Within the Notre Dame Center in Jerusalem is an exhibit dedicated to the Shroud of Turin that contains a detailed model of the man shown in the Shroud, produced with the latest technology: 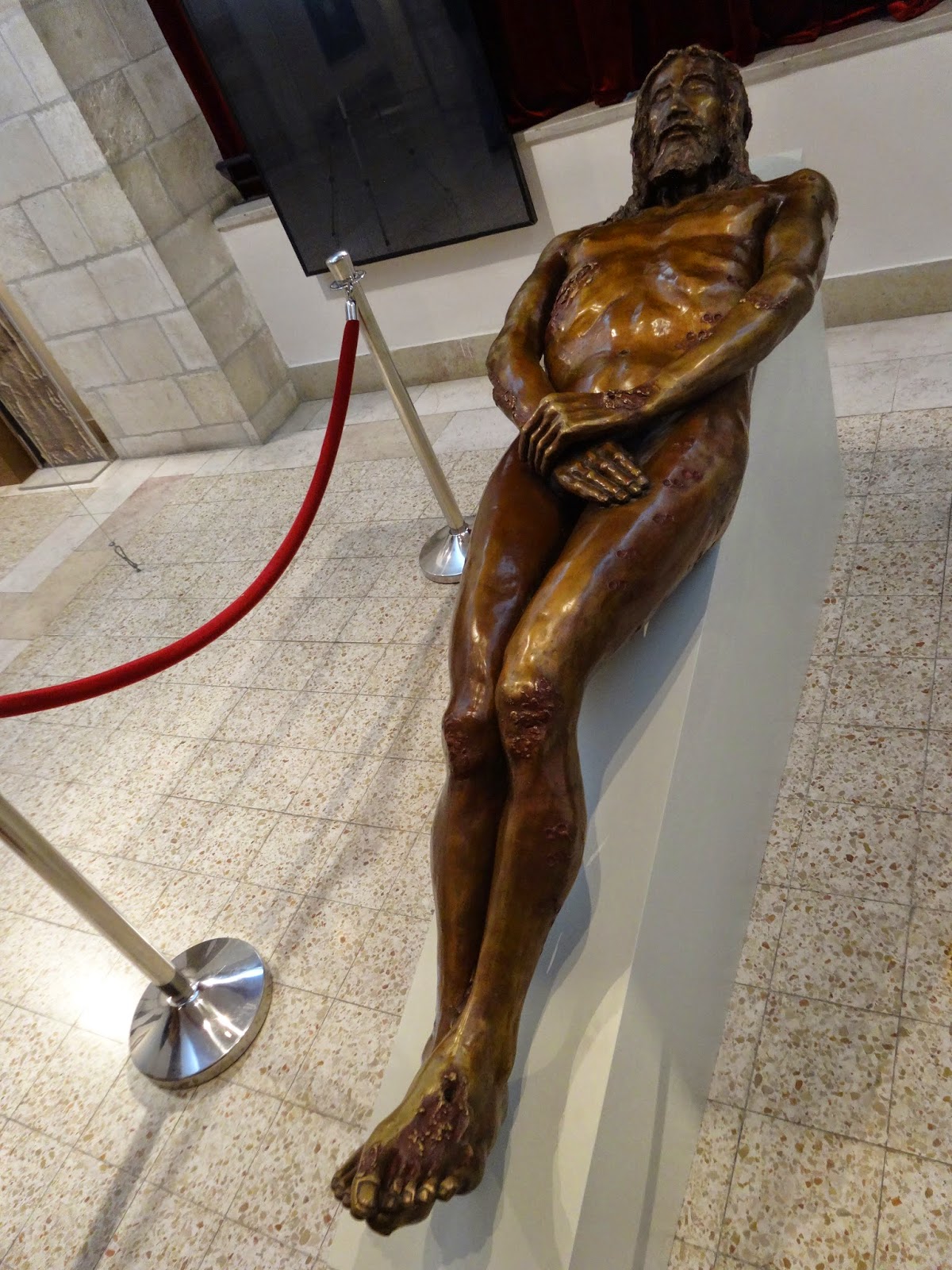 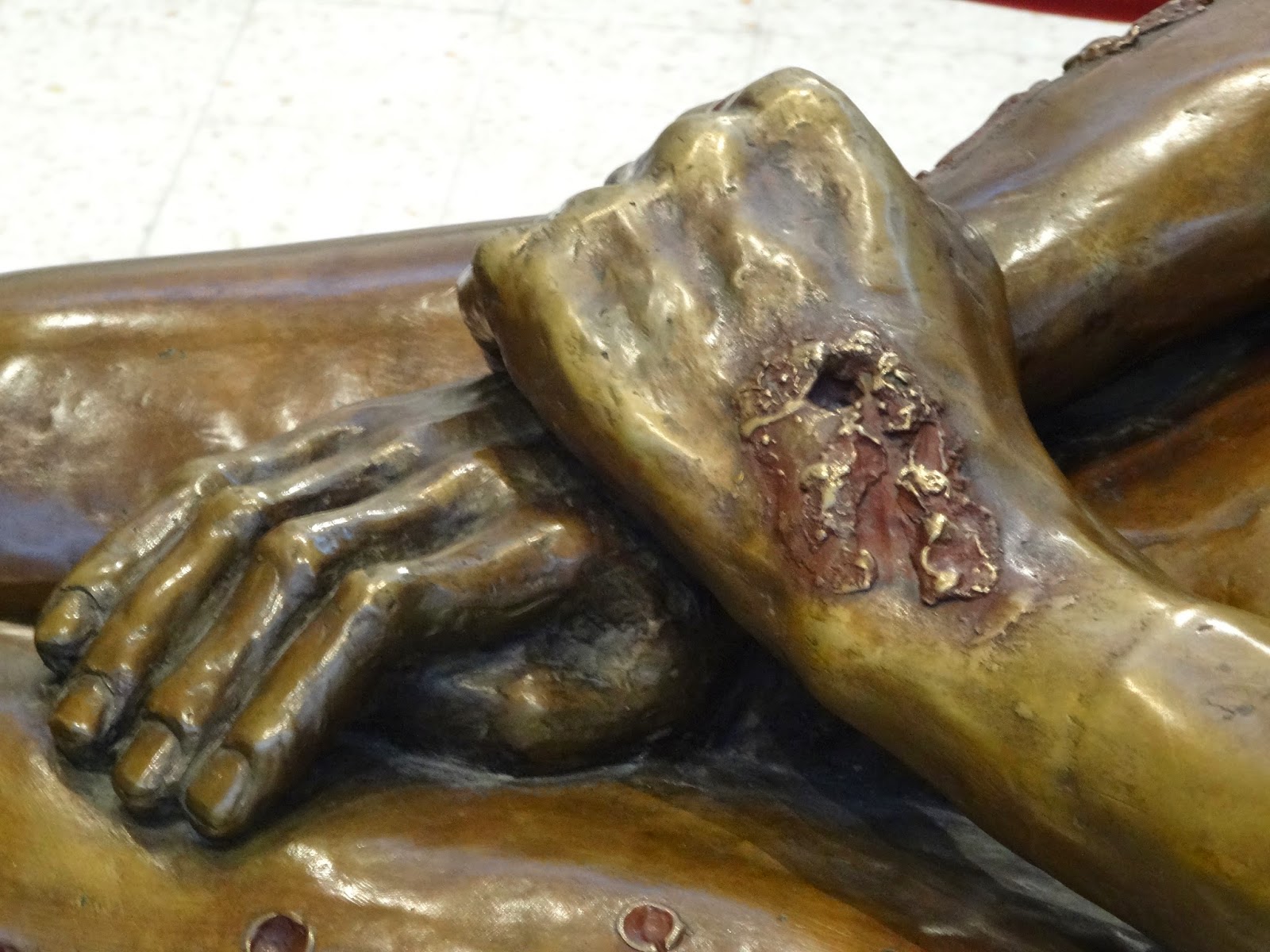 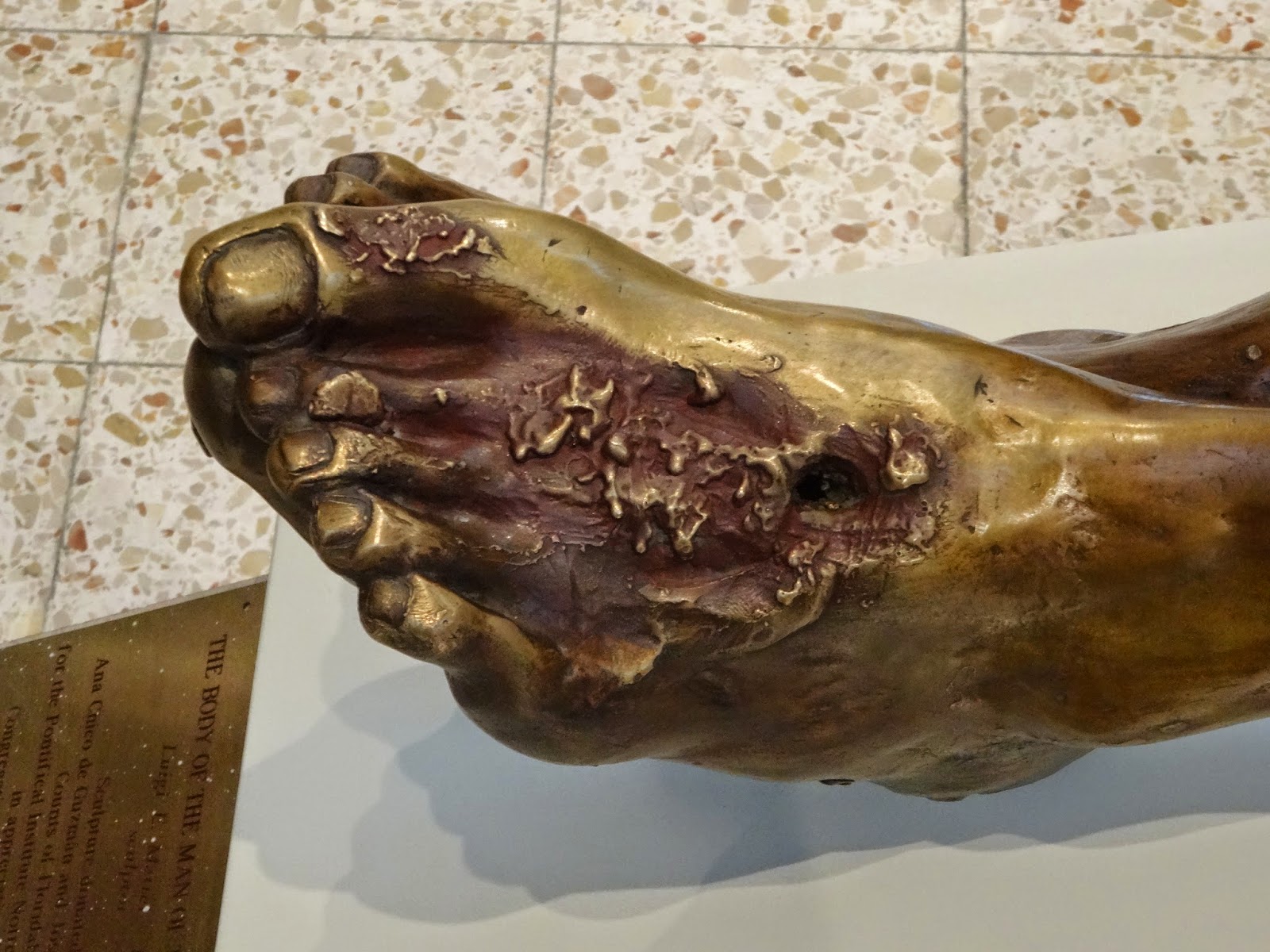 That this man suffered greatly, there can be no doubt. Nor can it be doubted that he died in peace: 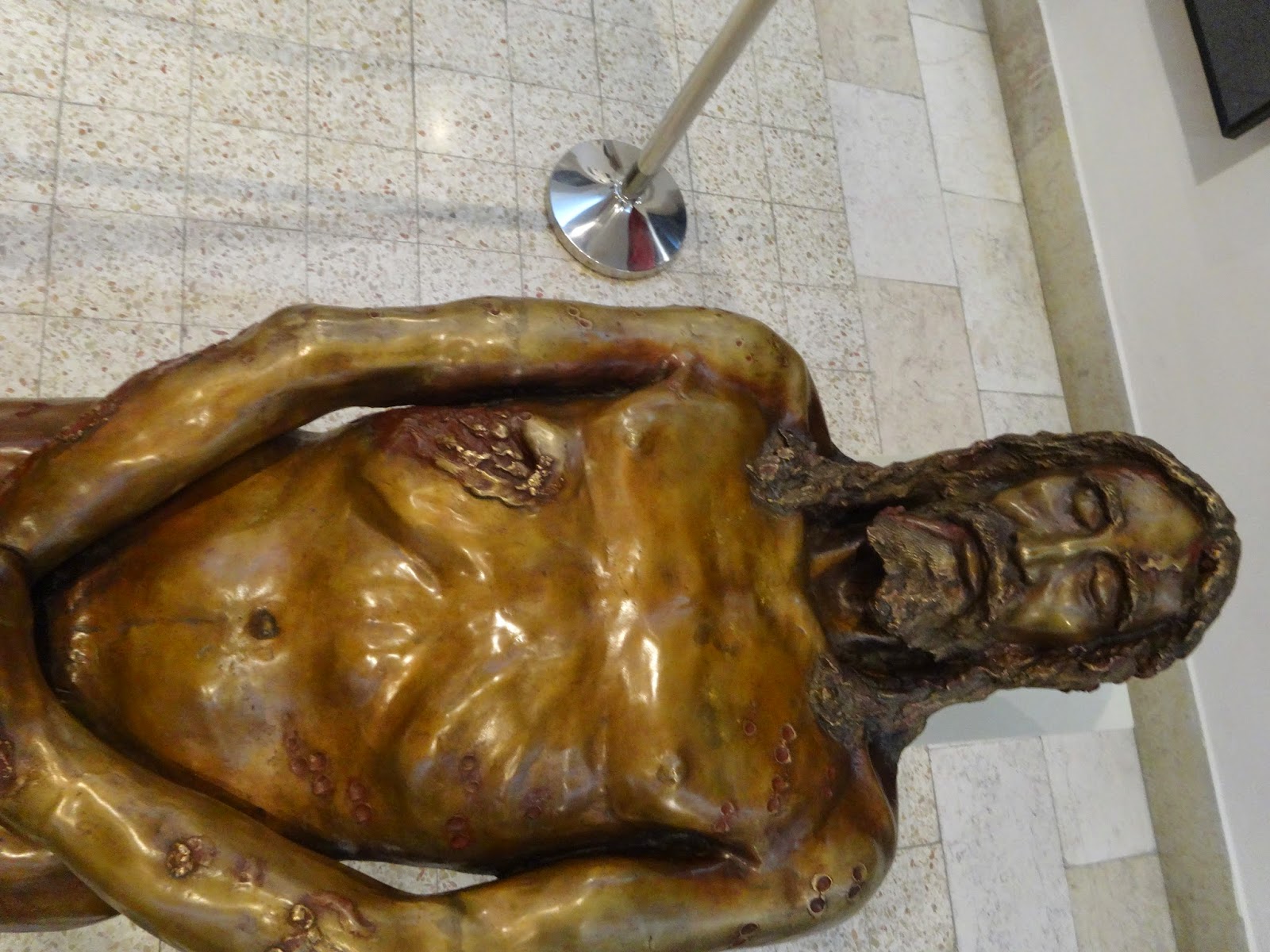 His face displays a certain serenity because he died knowing that "it is finished" (John 19:30).

Looking upon the Shroud Sunday morning will be an opportunity for each of us to say with Saint Bonaventure:

O Lord Jesus Christ, who for me did not spare yourself, you have pierced my heart with your wounds and inebriated my mind with your blood. Wherever I turn, I always see you crucified for me; whatever I look at seems to me stained with your blood. And so, turning totally to you, I find nothing but you, nothing except the sight of your wounds. It would be consoling to me if I were crucified with you, my Lord. It would afflict me deeply to meditate on anything other than you. Every time I think about the wonderful condescension of divine piety in our regard, I am greatly ashamed and embarrassed because of my ingratitude. And so, the more I realize the great worth of the benefits of redemption, the viler are the sins of my ingratitude (Soliloquium, I.34).

Having already seen the Veil of Manoppello several times, I am going to Turin tomorrow as if to complete my experience of being in his tomb; I want to see the cloths that the Apostles found so as to better understand the experience of that first Easter morning.

This past Sunday, the Holy Father Pope Francis said of the opening of the exhibition of the Shroud of Turin: "I hope that this act of veneration helps us all to find in Jesus Christ the Merciful Face of God, and to recognize it in the face of our brothers and sisters, particularly those suffering most."

I will be bringing with me many intentions from my family and friends, many of which involve great sufferings of one form or another. Those who suffer so greatly for bearing the name of Christian will be remembered in my own intentions. Let each of us strive to unite our sufferings to his, that his merciful love may be better known.
Posted by Rev. Daren J. Zehnle, J.C.L., K.C.H.S. at 2:59 PM

Email ThisBlogThis!Share to TwitterShare to FacebookShare to Pinterest
Labels: Shroud of Turin