When a Pope visits, are new liturgical furnishings necessary?

As the Church of the Archdiocese of Washington, D.C. prepares to welcome His Holiness Pope Francis this September, students at the Catholic University of America have been invited to design the liturgical appointments to be used for the canonization of Blessed Junipero Serra:

The leaders of the Archdiocese of Washington, the Basilica of the National Shrine of the Immaculate Conception, and The Catholic University of America met today with students from CUA’s School of Architecture and Planning to announce a contest for the design of the altar, chair, and ambo to be used by Pope Francis during the canonization Mass of Blessed Junípero Serra on Sept. 23, 2015 [more].

I cannot help but wonder if a new altar, chair, and/or ambo are really necessary.


When I was in Turin this past weekend, I saw the chair used by His Holiness Benedict XVI when he venerated the Shroud in 2010: 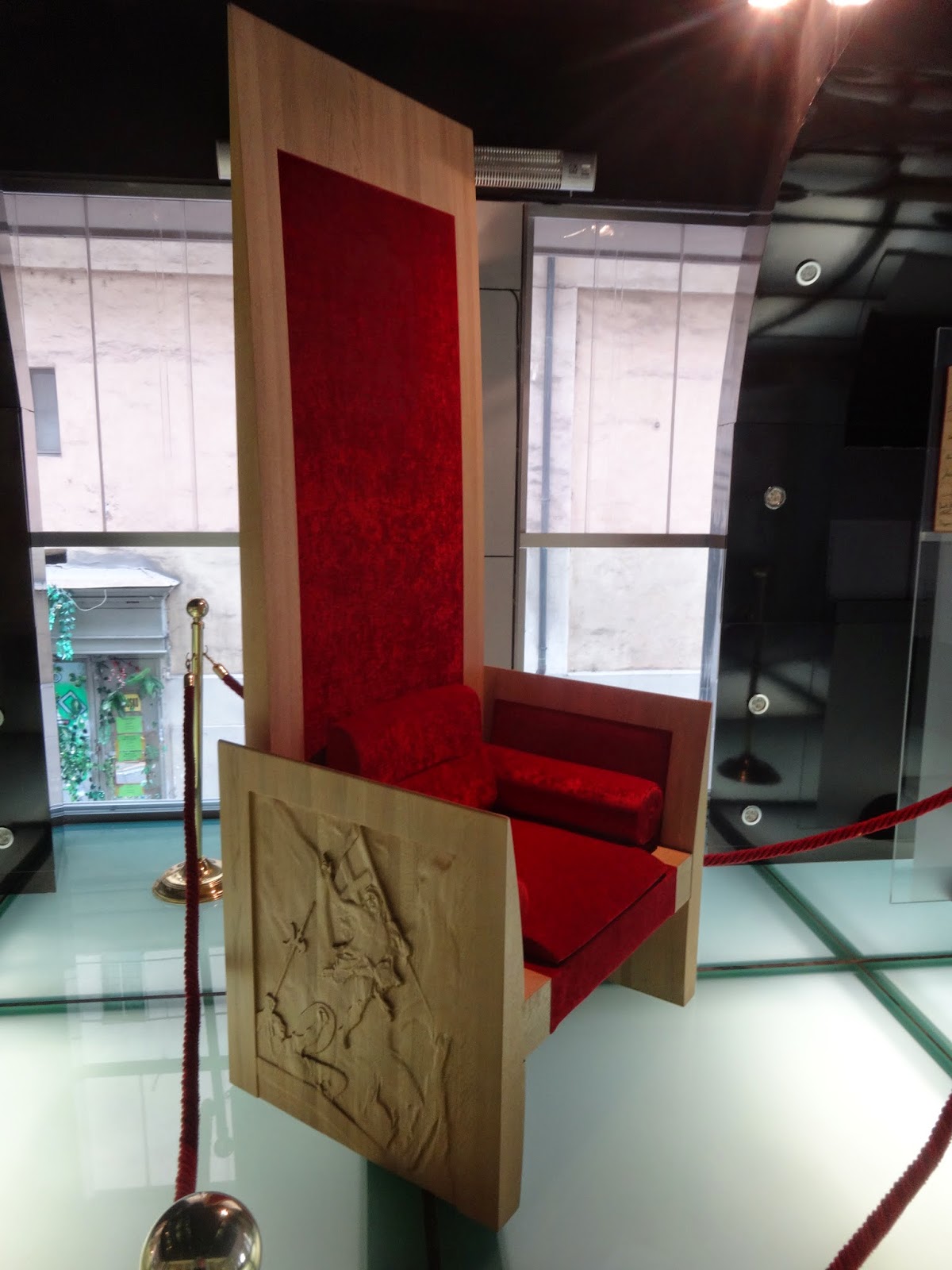 A nearby guard was happy to speak with about the chair and seemed very proud of it. As he spoke of the chair and as I looked at it, I couldn't help but notice that it does not contain any explicit reference to Benedict XVI. I couldn't help but wonder if an entirely new chair will be made when Pope Francis visits Turin this summer. I suspect a new chair will be made. If there were not already a chair for the Holy Father in Turin, making one would make sense; but if there is already such a chair, is a new one needed?

Washington, D.C. has not just one papal chair. One such chair was made for the visit of His Holiness Benedict XVI to the National Shrine of the Immaculate Conception in Washington, D.C. in 2008: 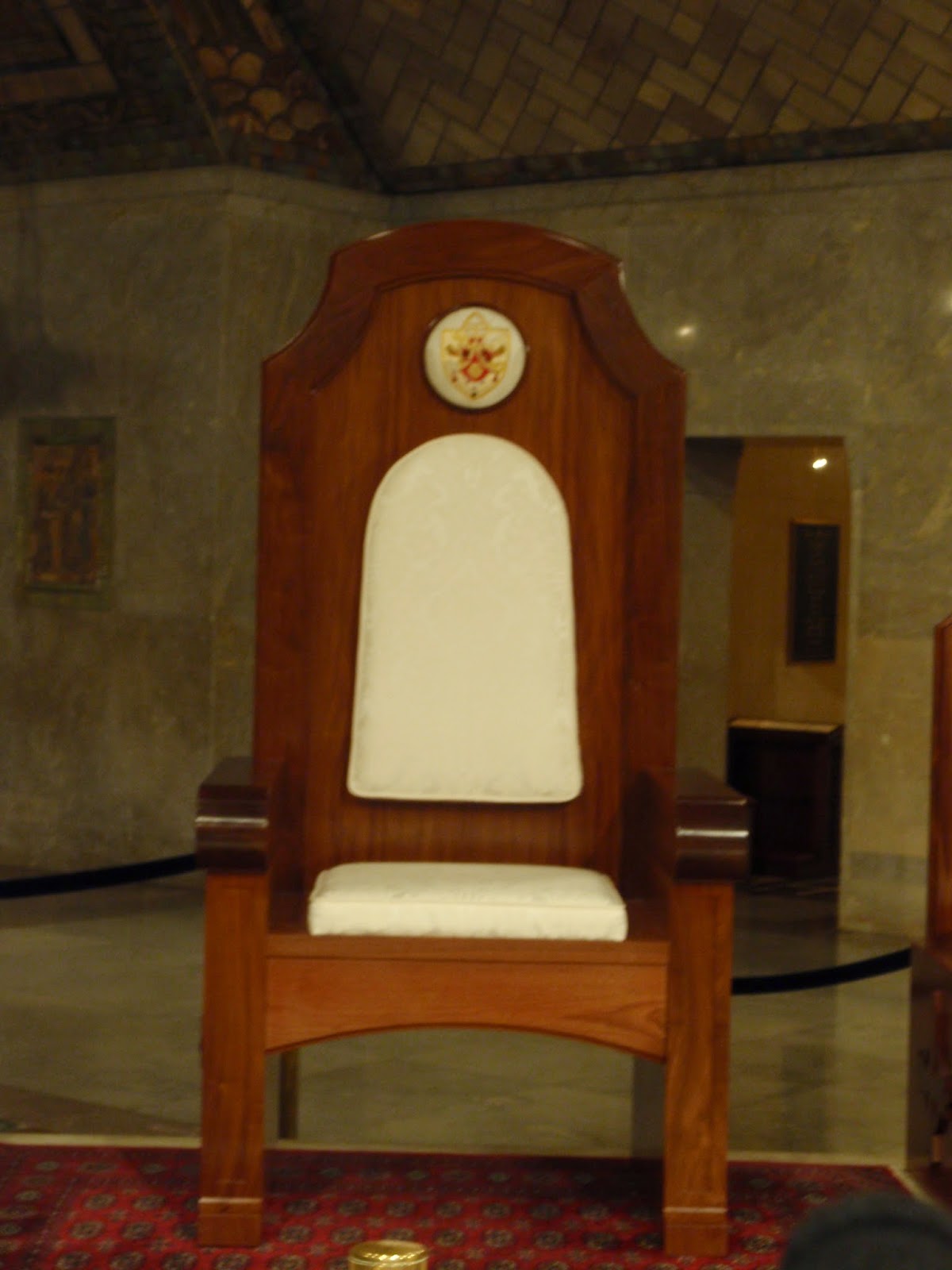 A second chair - and altar and ambo - was used for the Mass in Nationals' Park: 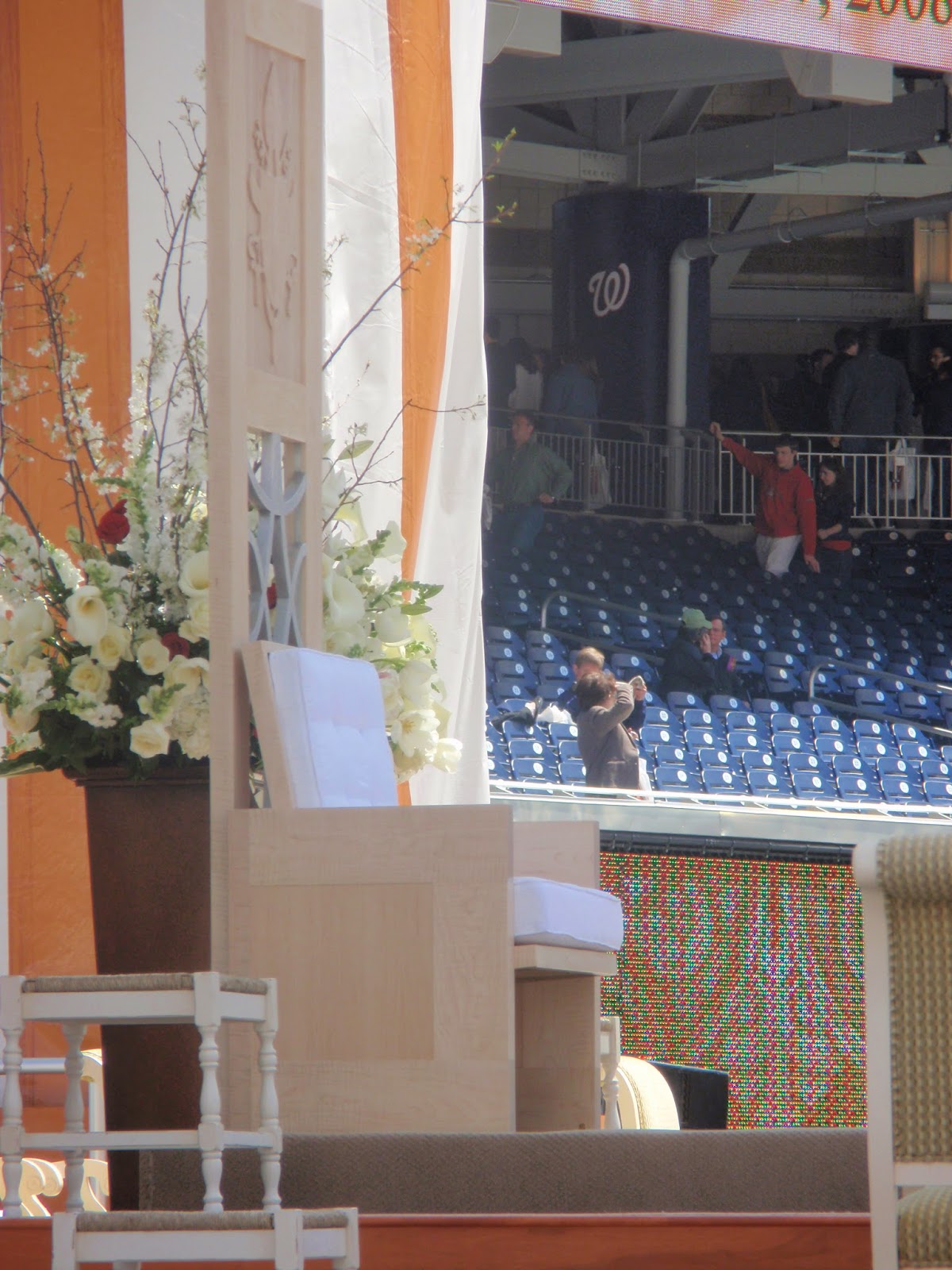 All of these items are, one would expect, still in existence. Given Pope Francis' insistence on a Church of the poor and for the poor, is it necessary to make new liturgical appointments just for Pope Francis' visit? Could appointments used by Benedict XVI not also be used by Pope Francis?

In the history of the Church, it is not unheard of for Popes to use vestments, altars, chairs, etc. designed for the use of their predecessors. In fact, there is a rather long-standing custom of employing such liturgical items in the worship of God as a means to show our continuity with those who have gone before us. This is a good argument against making a new set of liturgical appointments just because a different Pope is coming.

On the other hand, a new design contest will allow more of the faithful to share and participate in the excitement and joy of a papal visit. This is a good argument in favor of new liturgical items.

I do not have a satisfactory answer to my question of whether new appointments are needed, but am simply pondering a question.
Posted by Rev. Daren J. Zehnle, J.C.L., K.C.H.S. at 2:12 AM