Earlier this week, Monday Vatican asked an important question worth considering: "Is the papacy according to the media overshadowing the real media?" Anyone who tries even a little to follow the actions and words of Pope Francis apart from the mainstream media knows the answer is a resounding, "Yes!"

Consider this image of Pope Francis as he prepared to fly to Rio de Janiero for the World Worth Day 2014 that garnered so much of the world's media because it demonstrated, as they said, the humility of the Bishop of Rome: 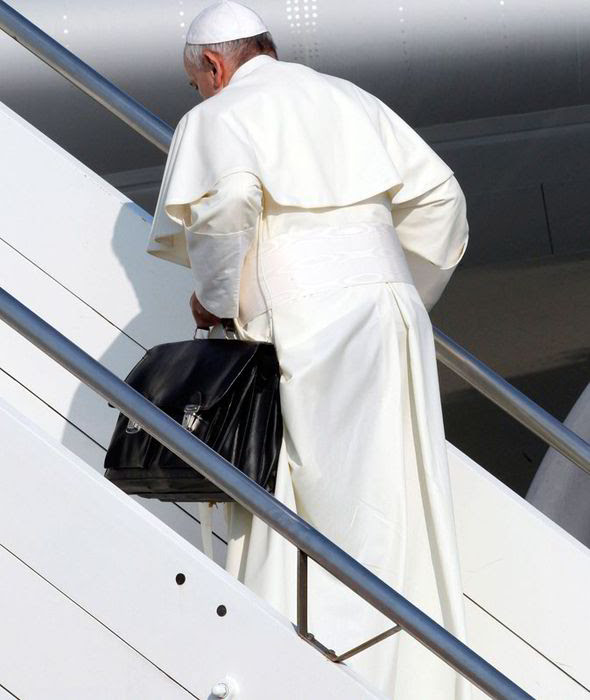 No doubt you saw this image, or another one that showed His Holiness walking towards or boarding the plane with his bag in hand. The media used the image well to pit Pope Francis against the Pope-emeritus Benedict XVI.

Now consider this image taken yesterday of Pope Francis as went to attend meetings with the Council of Cardinals, and notice who is carrying the bag:


By the media's own previous reporting, this image would seem to imply that Pope Francis is not humble, yet we have seen no media reports about the Holy Father allowing his butler to do his job.

I am not sharing this photo with you because I do not like Pope Francis; rather, I want you to stop paying attention to the way the media portrays the Pope and the Church and to start thinking for yourselves, as I have urged here and here, and probably elsewhere besides.

I repeat: Don't be a lemming!