To Live Pono: Learning from Hobbits 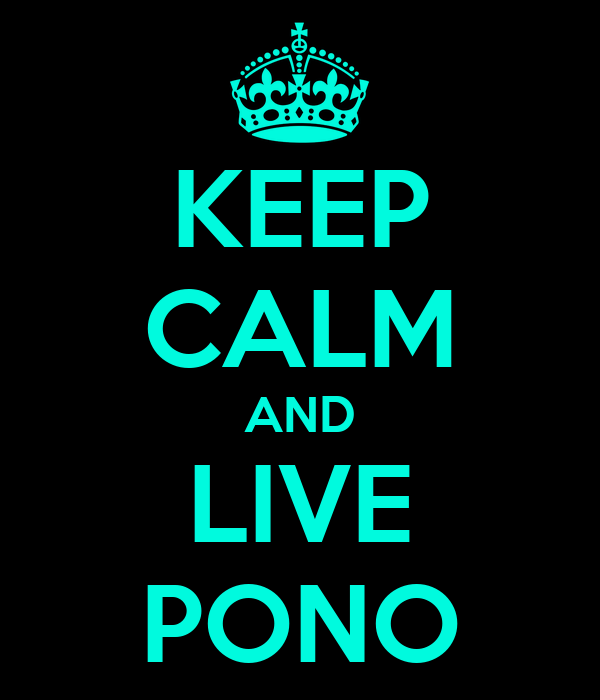 Recent travels to Quincy, Indianapolis, and Nashville (where I am now) have kept me from posting this first installment of an ongoing series titled, "To Live Pono."

Over the last several years it has become - sadly - acceptable to greet someone saying something like "How's it going?" or "What's up?" without actually expecting a response.  Indeed, it seems almost unacceptable to actually answer the question, let alone ask it in return.  Since I first detected this unfortunate reality, it has bothered me greatly.

I can't tell you how many times I've answered such a question and, when I have asked it in return, have received no response at all as the initial questioner simply kept walking by and likely enough didn't even hear my answer.

If you don't already, I encourage you to answer such questions honestly: "Great," Slow," "Boring," "Miserable," are all actual answers and they should also be acceptable answers.  Sometimes things simply aren't just "fine."

There is nothing pono/righteous in inquiring about another person without actually wanting to know.  A simple greeting of "Hello" would be much more appropriate.

When pondering this lamentable state of American life - of the unfriendliness and apathy of one person for another - I'm often reminding of the greeting Bilbo Baggins of the Shire first gave to Gandalf the Grey.  Tolkien relates the encounter:


"Good morning! said Bilbo, and he meant it.  The sun was shining, and the grass was very green.  But Gandalf looked at him from under long bushy eyebrows that stuck out further than the brim of his shady hat.

"All of them at once," said Bilbo.  "And a very fine morning for a pipe of tobacco out of doors, into the bargain.  If you have a pipe about you, sit down and have a fill of mine!  There's no hurry, we have all the day before us" (J.R.R. Tolkien, The Hobbit: Or There And Back Again [New York: Houghton Mifflin Company, 1997], 5-6)!

This is the first time Bilbo has encountered Gandalf.  He doesn't even know who the wizard is, yet he greets him warmly and authentically and invites him to join him in his morning pleasure.