The trouble with being a hobbit 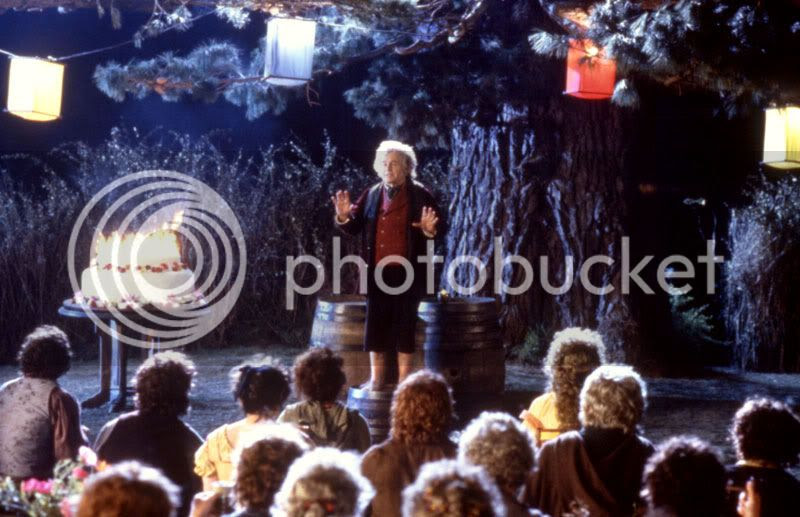 With the end of the academic year fast approaching, we are not only entering into a period of preparation for exams, but also of farewell dinners, speeches, and toasts, all of which reminds me that, if I may quote the great J.R.R. Tolkien, "I am in fact a hobbit, in all but size."

It is in this that I especially find myself to be hobbit-like because, like me, "they rather dreaded the after-dinner speech of their host (an inevitable item)." I have never enjoyed such formal farewell addresses and toasts because they tend to be rather stiff and the speaking usually drones on and on - and then on some again - usually saying nothing and very little of interest to any but a few. To my mind, a toast should be witty, memorable, and - above all - brief (which is likely what will most make it memorable).

As Bilbo Baggins began his farewell speech at that long-expected party, the hobbits "shouted, and they hammered joyously on the tables. Bilbo was doing splendidly," the narrator tells us. "This was just the sort of stuff they liked: short and obvious." Now, part of the interaction of the hobbits can no doubt be attributed to their "filling up the corners," but it also due, I suspect, because they enjoy a bit of good-natured banter. Most people do, I expect, which explains the great love people have for Statler and Waldorf, even if few have the courage to banter or find it socially acceptable.

The longer a speaker goes on, the more hobbit-like I feel: "They all feared that a song or some poetry was now imminent; and they were getting bored. Why couldn't he stop talking and let them drink his health?"

I would love to shout and hammer and cheer and applaud and banter throughout such a speech like the hobbits, but can you imagine the reaction if I actually did so? The majority of people like such a scene in a book or in a movie, but they would rather keep them there. Hence the trouble with being a hobbit.
Posted by Rev. Daren J. Zehnle, J.C.L., K.C.H.S. at 12:15 AM