My Room in Rome

While I study in Rome I will stay at the Casa Santa Maria, the American house for priests who are studying in the Eternal City.

Built in 1601 by the Orsini family as a Dominican convent, the Casa housed religious women until it was suppressed by Napoleon some 200 years after its founding.

Pope Pius IX gave the building to the American Bishops for the North American College (the U.S. seminary in Rome).  When the number of seminarians from the U.S. became too numerous for the building, the U.S. Bishops established the college on the Janicolo Hill in 1947.

Today, the Casa Santa Maria houses about 100 priests for the duration of their studies at the various Roman universities and provides simple, though sufficient, accomodations.

Today I finished setting up my room: 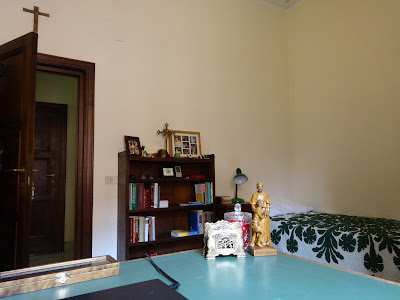 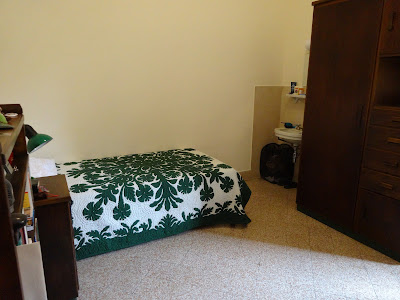 My room sits on the inside of the building and faces out toward one of the two courtyards, which provides a nice view: 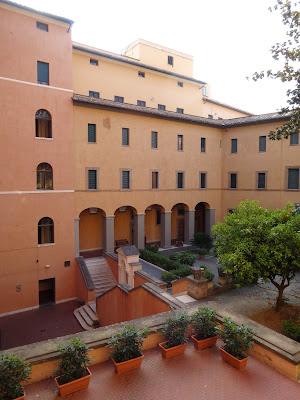 It may not be much, but it's home for most of the next three years (though next year I think I'll have the opportunity to move into a larger room).
Posted by Rev. Daren J. Zehnle, J.C.L., K.C.H.S. at 8:56 AM