A Review of The Hobbit: An Unexpected Journey 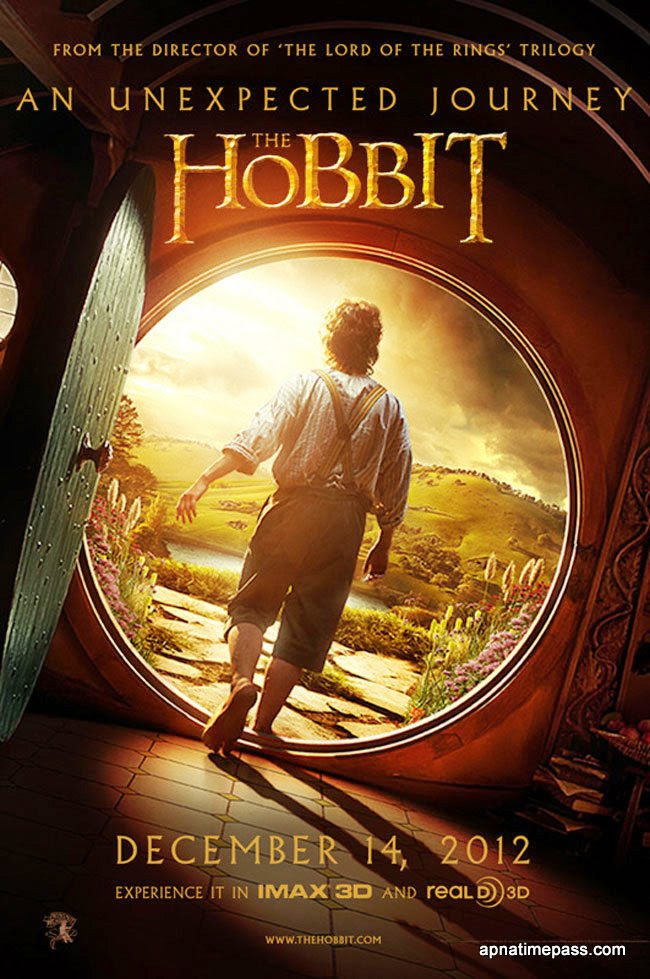 Over the past several weeks many of you have asked my opinion of Peter Jackson's recently released The Hobbit: An Unexpected Journey.

Naturally, I saw the film at the opening show and spent most of the movie both frustrated and angry.  Consequently, I have thus far refrained from offering my thoughts because I realized fairly quickly that my expectations were perhaps too high.  This is a common problem with me and I'm told I would be much happier if I simply lowered my expectations of myself and of others (but that isn't likely to happen).

Be that as it may, I wanted to wait until I saw the film a second time, with my expectations lowered, before offering a review of the first of Jackson's three-part installment of the journey of Bilbo Baggins.

Let me begin by saying that if you have not read J.R.R. Tolkien's The Hobbit, or at least did not read it attentively, you will very much enjoy An Unexpected Journey (unless you somehow missed the fact that this is only part one of three).  The acting, the costumes and sets, the CGI, and the cinematography all combine in a glorious fashion.  Let me also say that the soundtrack composed by Howard Shore is, once again, superb.

Jackson's An Unexpected Journey has a decidedly different feel than his trilogy of the Lord of the Rings.  Precisely what this different feel is, I cannot say, except that it feels somehow heavier and more serious.

Whereas the first part of Tolkien's book has a certain whimsical feel, Jackson's movie is missing this same whimsy.  Attempts are made to insert it in different spots throughout the film, though they don't seem as effective as Tolkien's original and feel somewhat forced.

For whatever reason, Jackson and his team made several changes to the story that, to my mind, do not help the movie but will only serve to frustrate Tolkien fans.  While I acknowledge the team did the same with the Lord of the Rings, the changes to The Hobbit are more noticeable to me - and more substantial - perhaps because it is my favorite of Tolkien's books.  I probably shouldn't have re-read the book the week the movie was released (I clearly didn't learn my lesson with Prince Caspian).

For instance, in the book, Bilbo is surprised and flustered when the Dwarves begin arriving, but in the movie he seems angry from the very moment the first dwarf arrives.  Tolkien writes of Bilbo, "He had a horrible thought that the cakes might run short, and then he - as the host: he knew his duty and stuck to it however painful - he might have to go without."  This sense of honor is somewhat lacking in the depiction of Bilbo in the film.

Several scenes in the movie were significantly altered from those in book: the trolls (how they are turned to stone), for one, and the wargs (which makes Bilbo more heroic than he was at that moment), for another, and the arrival of Thorin (which doesn't really have any impact), for a third.

In terms of the flow of a movie, particularly for those not familiar with the book, I can understand why such changes were deemed appropriate (though I do not like them).  One change I do not understand is the lack of colored hoods belonging to the dwarves (Tolkien goes to great length to point them out).

Some scenes in the film seem to have been shot for no other reason than to impress audiences watching in 3-D (the encounter with the stone giants and the escape from the tunnels of the Great Goblin, come to mind).

All that being said, I did enjoy the movie on the second viewing and expect I'll enjoy it all the more with a third viewing.

By far, the best scene in the film was Riddles in the Dark (though a riddle was curiously omitted). The CGI begind Gollum is a visual treat, stunning and captivating, and the way the riddles were asked and answered was simply brilliant, a job very well done.

Some have said the movie is too long.  I do not think it is too long, but an intermission would be helpful; movie theatre seats aren't the most comfortable things around, but then, as Tolkien would say, "adventures are not all pony-rides in May sunshine."

While The Hobbit: An Unexpected Journey isn't what I had hoped it would be - perhaps unreasonably - it is a good film and I look forward to watching The Hobbit: The Desolation of Smaug and The Hobbit: There and Back Again.

The movie, as someone has said, is not Tolkien's The Hobbit, but rather Jackson's The Hobbit.  Be that as it may, Jackson's film is leading me once again back into the book, which is no small gift or treat.
Posted by Rev. Daren J. Zehnle, J.C.L., K.C.H.S. at 8:21 AM

Email ThisBlogThis!Share to TwitterShare to FacebookShare to Pinterest
Labels: Peter Jackson, The Hobbit Movie, The Hobbit: An Unexpected Journey, Tolkien