Halloween may be more than two months away, but that is not stopping the sharing of Halloween memes on Facebook, such as this one: 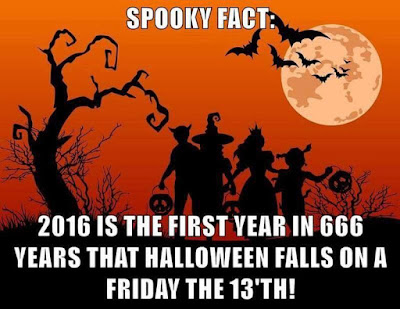 This afternoon alone, I have seen this meme three times on my timeline, and one of those shares was from a grade school teacher (yes, you should be frightened).

The facts of the meme are, of course, wrong on two simple counts:
It should not take a great deal of thought to see how false this meme is. The spooky part about it is that people not only believe it, but also share it and so demonstrate their own lack of thought.

Unless people start thinking again and stop emoting, this could be a very scary Halloween.

And, no, Halloween did not originate with Samhain (I'm sure those memes will soon start making the rounds, as well).
Posted by Rev. Daren J. Zehnle, J.C.L., K.C.H.S. at 1:47 PM

Email ThisBlogThis!Share to TwitterShare to FacebookShare to Pinterest
Labels: Halloween