Should Tolkien's faith be discussed? 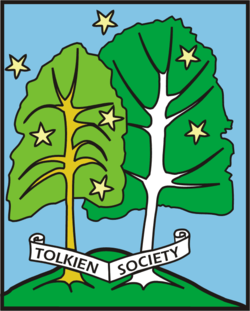 Being an avid reader of the writings of J.R.R. Tolkien and various commentaries upon his writings, I have been a member of The Tolkien Society for a few years now. I enjoy both its print publications and its page on Facebook, where a great many things are shared, from a wide variety of questions to news articles to artworks inspired by his legendarium to Tolkien-related events.
As a sort of security measure, the Facebook page of The Tolkien Society is a "closed" page with moderation, meaning that requests to join the page and posts to the page must all be approved by an administrator.
Yesterday, I submitted Mike Aquilina's "Chord of the Rings," which someone passed on to me the other day. It is an older reflection on Tolkien's creation myth in relation to the hymning of creation spoken of by Fathers of the Church. I received a disappointing response from one of the admins:

Thanks for wanting to share that post from the Eighth Day institute. It is an interesting article, but reading it carefully reveals that it has a rather strong religious message. Unfortunately, we've often found that religious posts often lead to unnecessary and unpleasant arguments, so we won't be putting it through to the group.

Being, as I said, rather disappointed with this response, I asked if it wouldn't be better instead to call for civility and respect for those who oppose Tolkien's faith, which was undeniably central both to his life and to his writings. I also asked the administrators of the group page to reconsider this decision. The response was again disappointing but understandable: "[T]he current rules have grown up from years of experience of moderating a FB group with thousands of members."

Have we in the West really fallen so low that we cannot allow devotees of an author to discuss every aspect of an author's life? Tolkien himself said his The Lord of the Rings "is of course a fundamentally religious and Catholic work" (Letter to Robert Murray, 2 December 1953); how much of an integral conversation can actually be had, then, if this foundation is not allowed to be discussed?

I understand the difficulty the administrators have in keeping on an eye on the page. They are all volunteers and have their families to attend to, and rightly so. But what does it say about us if we cannot allow a discussion of the role of faith in the lives of various people? I, as a man of faith, do not go around causing a ruckus on the Internet whenever I see a post by an atheist; why do they feel the need to stir up trouble when they see a post about Tolkien's faith? If the read his letters, they'd know how central it was to him and to his works.